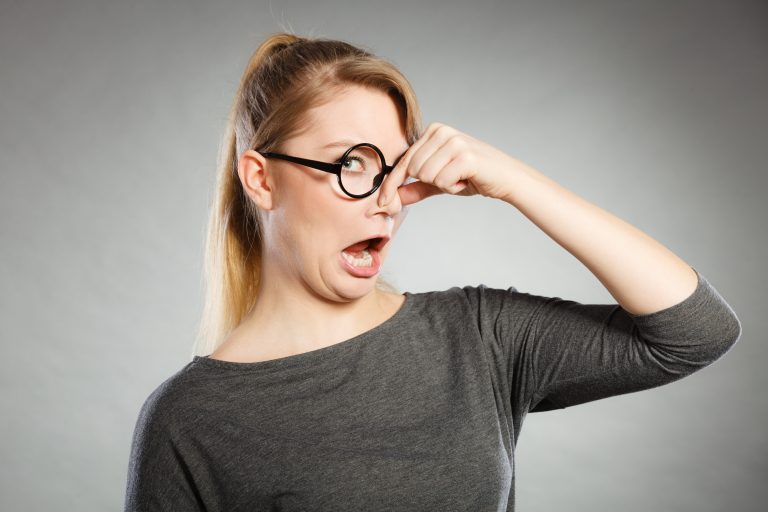 The Gentleman has been an avid marijuana consumer (and now patient) since I was 16 years old. I've smoked a lot of weed, but going on to three years of I71 and traveling around the country visiting dispensaries...well...in the immortal words of Mitch Hedberg: "I used to smoke weed. I still do, but I used to also."

Now I'm going to teach you how to determine the quality of your own marijuana at home!

What is Good Weed?

Premium cannabis smells heavenly, often filling the room with its bouquet, and bursts out of the bag. Strangers on the bus will start sniffing the air, trying to pinpoint who's holding that good good.

There should be no seeds in your cannabis! This is the result of the female, bud-bearing plant getting pollinated by accident or lack of care, in the old brick weed days. Growing outdoors can make this difficult to control. A seed here or there in the bag is not a disaster.

The bud should be manicured to remove extraneous sugar leaf and stems, though I'm ok with some sugar leaf it's really frosty. Premium marijuana grinds down to a very soft texture of even particle consistency, if I may use the word particle. May I? Jolly good!

Larfy is the term for loose, poorly-formed buds. We want nugs that's aren't too hard or too fluffy. When you can push your finger into the bud and it pops back into shape, that's ideal freshness (and should be accompanied by a strong aroma).

Trichomes are all well and good and we want as many as we can get, thank you, cuz that's where all the cannabinoids and such reside. But heavy trichome coverage alone does not make quality cannabis! I find pretty weed all the time that smells bad. Wamp wamp.

THC percentage matters less than you'd think. Over a certain threshold, as far as your standard, usual cannabis flowers are concerned (not edibles or concentrate), I haven't noticed much difference in how high I get. I'd say this threshold is around 20% but you could make an argument for higher or lower and I'd nod and say yeah, sure.

Some patients say they feel paranoid at higher THC doses and do better with a THC/CBD mix or just straight CBD. I do not consider paranoia or any other common effect (dry mouth, red eyes, munchies) a defect. I plan around these- copious water, eye drops, and eating before I smoke. You can take some CBD if you're feeling paranoid and it should even you out.

The thing is, I don't care about anything listed above that much. I care about how it smells.

I care about how it smells because I care whether it's safe to smoke, which I have to do without the benefit of a lab that tests for bacteria, mold, fungus, pesticides, chemicals, etc.

But let's talk about "safe" for a second. Commercial cannabis is not sending people to the ER in droves from bad weed in recreational or medical marijuana states. Black market cannabis did not have people dying in the streets before that. And I encounter some of these odors all the damn time.

Bad weed isn't necessarily dangerous (though I've noted my special concerns below), but I prefer to err on the side of caution. And it certainly doesn't meet the criteria of premium cannabis.

Premium cannabis smokes smoothly and exhibits strong, delicious flavor that leaves you wanting to smoke more. It doesn't irritate the mouth or throat and ideally it's easy on the lungs, too, so you can get through with minimal coughing.

The way marijuana smells is, like, a 95% accurate indicator of how well it's going to smoke. I have, on rare occasion, encountered a Bad Weed Smell that turned out to be a smooth smoke.

Your primary tool when choosing what weed to get should be your nose. It should smell pleasant. You should like it. You should not be turned off by it.

A strong ammonia smell indicates that plant wasn't flushed properly (or long enough) and nutrients remain in the final, cured product. Can anyone tell me the Big 3 primary nutrients a grower feeds their marijuana?

Nitrogen, Potassium, and Phosphorus. Good job! And what's ammonia made of? Nitrogen and Hydrogen. Gold star!

You can just go to the grocery store and open a bottle of ammonia to take a whiff if you're unfamiliar with the characteristic smell, Whole Foods employees aren't paid enough to stop you any more. If you're a cat lover, you definitely recognize it as cat pee-pee.

It is often introduced (or argued as) being a citrus flavor. Learn the difference! Oranges are sweet. Lemons are sour. Ammonia is sharp and foul.

If your weed smells strongly of ammonia, then it's probably going to smoke harshly and irritate your mouth or throat with an acrid, unpleasant sensation, and that's what we're trying to avoid.

Ammonia is the most common marijuana smell defect your Gentleman encounters. I've found it in dispensaries around the country and DC's gift market in equal measure, both in flowers and concentrate.

Hay used to be the most common smell defect I came across but has been rapidly outpaced by ammonia. Common with many new growers, the smell of hay indicates the marijuana wasn't cured properly.

Curing is the process of removing excess moisture from freshly harvested marijuana. It'll be hung up to dry in humidity controlled rooms, closets, or in jars with Boveda packs until it's smokeable.

The hay smell is caused by chlorophyll that has yet to leave the plant, probably because the curing process was hasty or mismanaged, but humidity control can be difficult when managing several different plants at the same time.

Of all the chemicals we need to worry about, chlorophyll is pretty low on the list, but it's not going to produce great flavor and might smoke harsh.

The hay smell spectrum I've found ranges from being a light, mildly offensive odor to "Oh my, it seems I've entered the National Zoo's elephant pen." I've seen it mixed with other bad smells too, like Ammonia, like some dirty-ass half-and-half.

Must and Chemicals are the smells I worry about the most. Another side of an improper curing process, too much humidity or poor environmental controls can introduce bacteria and fungii to your marijuana.

If you want to know what Must smells like, here's what you do: gather some clothes you don't care that much about, toss em in the washer, but don't put them in the dryer. In just 24 hours, your clothes will smell like Must! Now wash them again. And don't ever consume weed that smells like this.

Thankfully, this one is uncommon.

This defect is also rare in my experience. Search results on this are clogged with copies of articles about people who smoke a lot of weed producing a marijuana odor when they sweat, but logically...

Your sweat smells bad because of bacteria. So it seems most likely that's the same cause here, the weed has become compromised by microorganisms.

Possible, but less likely, human sweat contains potassium, another of the Big 3 cannabis grow nutrients. It could be that an improper flush of a frequently-used chemical is to blame here.

Bacteria or bad flush? Either way, you don't want to smoke it.

I've had dispensary and gray market weed that smelled like sweat and smoked like a teenager's dirty gym socks but one time I did find some that smoked really decently, if the flavor was a bit off.

A grassy odor means the marijuana plant was harvested too early. The smell of grass is chlorophyll that cannot escape. Curing won't fix it. It will produce an unsatisfying smoke that tastes too much like "plant," but we're not freaking out over it.

The biggest offender of grass weed I've found is actually the DC medical marijuana program because some cultivators insist on trying to squeeze rosin out of cheap trim. Yeeuuuuck.

Ok now we're freaking out. A lot of growers use pesticides according to which are allowable in each state. And almost every grower uses nutrients to increase bud weight and size. All of that stuff should come out of the plant before you smoke it, but some pesticides are more insidious and/or hazardous to humans than others.

Then there's synthetic marijuana AKA Spice or K2. Synthetic marijuana is random plant matter that has been sprayed with a chemical concoction to get you some type, any type, of high. This means it could hypothetically be sprayed on actual marijuana, too, but you wouldn't do this to good or even decent weed, if for no other reason than it would cost you more to put extra drugs on.

If your weed smells metallic or inorganic (excepting heavy duty petrol, cus gasoline is actually a good smell) you should probably throw it right in the trash.

Thankfully, I've only encountered Chemical on flowers a couple of times, so this is more a PSA. Must is more common, but also see Butane below.

If your weed exhibits no smell whatsoever from the bag in its unground form, and I mean shove your nose in it NOTHING, that's because it's old.

The real concern with No Smell is weed is that it's so old you can't smell the ammonia or hay or whatever other Bad Smell used to be there. It's a common problem, more so for gift market brands than dispensaries.

Butane Hash Oil, or BHO, remains a popular solvent-based extraction method for creating cannabis concentrate, often resulting in a glass-like consistency called shatter. All that solvent is supposed to be purged out of the final product. Sometimes, whether for lack of trying or lack of skill, it does not.

Sometimes you'll catch a whiff of butane from your concentrate. Other times it'll be so feint you won't notice til your dab tastes like huffing lighter fluid.

What, you never did that as a kid? Oh, look at Mr. Good Life Choices over here! They sell butane at every head shop. If you get a bottle and a refillable lighter, some butane will escape from the nozzle during refill and you'll smell it.

FOLLOW ALL SAFETY WARNINGS WHEN HANDLING BUTANE! IT'S HIGHLY FLAMMABLE!

I have encountered two vape carts, one a DC gift, the other a DC medical marijuana product, that both tasted like mud. Recently I found some dark shatter that also tasted like mud.

The most likely culprit is chlorophyll, similar to the the Grass smell/taste mentioned above. Possibly from flower that still tastes like soil.

It's also possible that undesirable lipids that weren't properly removed from the extraction process are in play here. None of these possibilities prompt safety concerns, however:

Premium cannabis products do not taste like mud. Full stop.