Okay, rocketeers, let me bring you up to speed. Liberty was a medical marijuana cultivator in DC before they became licensed in Maryland. They used to be called Holistic Remedies in DC, but they switched to match the Maryland name. I really liked some of their flower, Master Kush especially. Their concentrate, though, left a lot to be desired. A lot. A whole, whole lot. So I made a website to yell at them about it over the internet, cuz Takoma Wellness blocked my review on Sticky Guide. Right, so once they became Liberty in Maryland, I says to myself "Maybe I'll give 'em another go, see if they got any better." And to their credit, it appears that Liberty Maryland is actually trying, which I dig, baby, so the Gentleman graciously spared their souls from eternal torment in the Dread Chambers of Anubis, or whatever ancient Egyptian hell is. I have to admit I'm not really sure, but I'm fairly certain it involves crocodiles. I was in the neighborhood of Takoma Wellness the other night and happened to be in need of a fresh vape battery, and in the mood to let bygones be bygones, at least as far as my personal convenience is concerned, when lo, what did I spy but Master Kush rosin from Liberty on the menu! I grabbed a half-gram even though it was $50, expecting something along the lines of what I'd seen in Maryland, maybe not quite as good, but a sign of progress, surely. Opening the glass jar revealed a rather odorless extract, decent consistency, but a deep, unattractive brown color, nearly black. This is rosin, so we're more forgiving with the color here than we would be with solvent-based extracts, where that dark color can indicate unpurged, nasty solvent you don't want in your lungs. No points for style, but I'm not running for the hills. I fire up the torch and prepare a dab. It tastes like...like... [caption id="attachment_13524" align="alignnone" width="3024"] 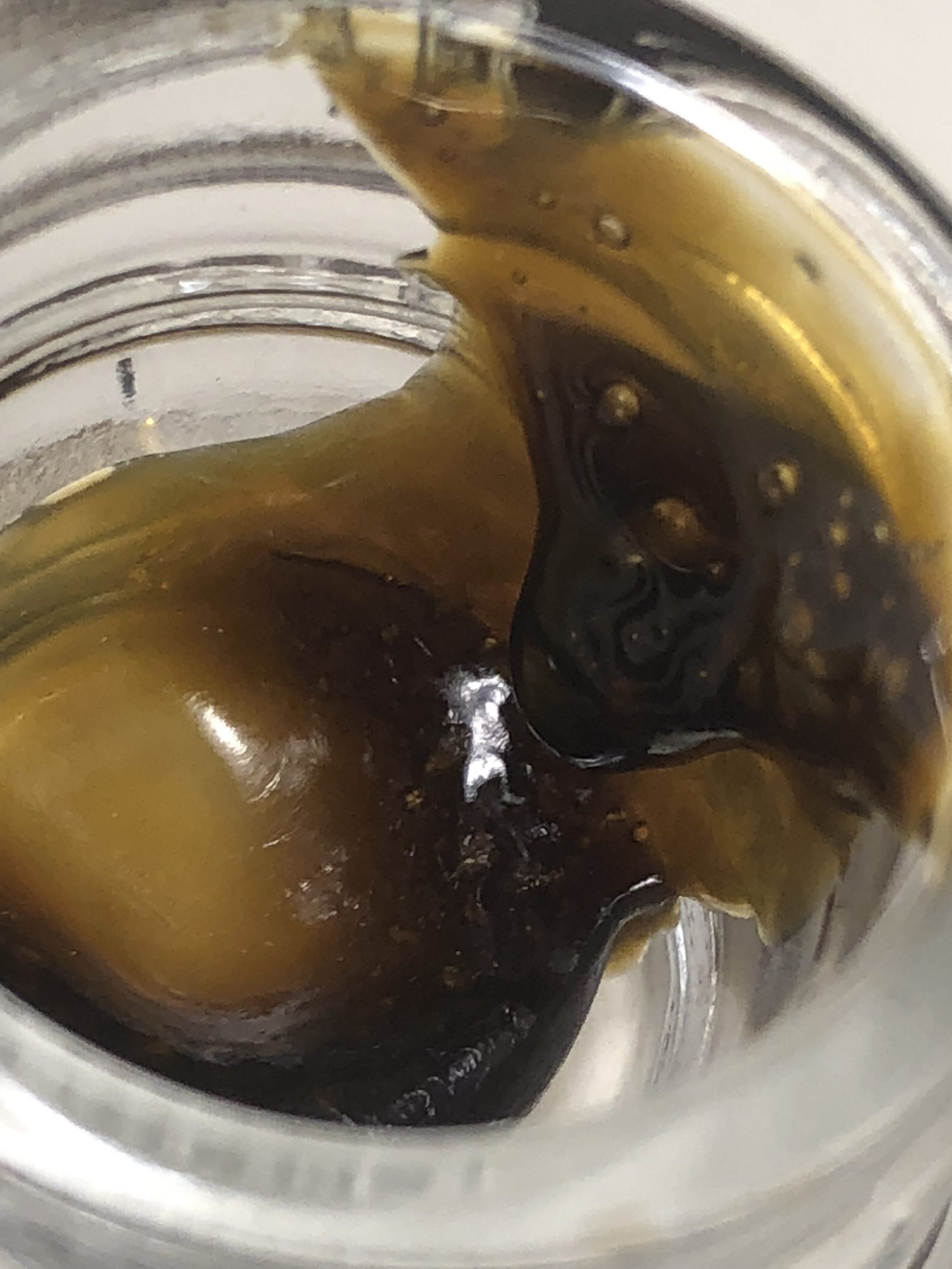 Bottoms up, boys![/caption] It tastes like watching The Martian in IMAX. It tastes like Eddie Murphy signing the contract to star in Pluto Nash. It tastes like the day you walked in on your Mom banging your uncle and they both yelled that Santa wasn't real as you slammed the door and ran away crying. It tastes like everything good and kind and beautiful in the world has died in your mouth, vacating its bowels like a hanged man as it exits this sad and dreary world. It tastes so bad I had to reconsider my entire life, the choices that have led me to this moment, slurping the Bubonic out the ass end of a filthy plague rat. I've taken a wrong turn somewhere. I coulda been, like, like, an architect, or something. That's what that test said in middle school, right? So, ok, that's something good about Liberty DC's Master Kush rosin, is that I might actually invent a time machine to take me back to fix the past before this joke of a timeline ever comes to pass. 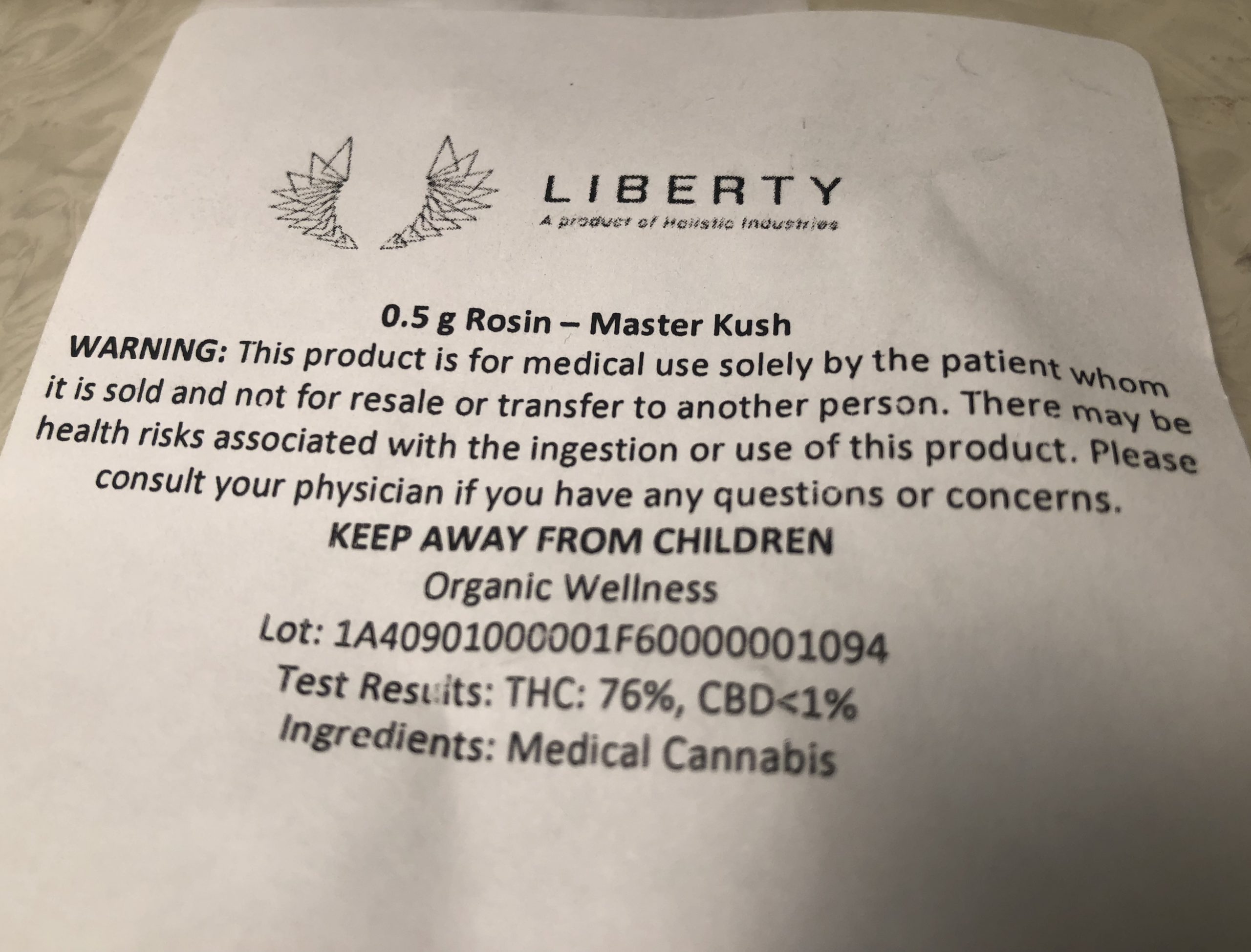 Ok but seriously it tastes like chlorophyll. You know that taste if you've ever mowed the lawn. Liberty DC's Master Kush rosin tastes like somebody just shoved a bag of dirty grass down your throat. It is gross, but more than that, it means they're pressing rosin from trim, which is gross, but more than that, they're still in the business of ripping off District patients, cuz this absolute dumpster fire costs $100 per gram. In the end, it seems like we have to treat Liberty DC as a distinctly different entity from Liberty Maryland, which is stupid, but the two are clearly not analogous. I'm gonna stop picking on Liberty DC, on account of how I am neeeeeeeeeeeeeeever gonna buy another product from them. If you wanna double-check my work and taste the devil's afterbirth for yourself, both Maryland and DC patients can visit DC dispensaries, so go wild, child. But don't say I didn't warn you!