Phyto Management became Washington, DC's sixth medical marijuana cultivator soon after I left the city's medical marijuana program. Now that I'm a Maryland patient and reciprocity is in effect, I'm able to return to one of my favorite District dispensaries, Herbal Alternatives, and fill in this unsightly gap in the Gentleman's guide. PLEASE BE ADVISED: Recent news reports suggest there is a risk of severe lung damage associated with vaping. State health authorities are investigating. VAPE AT YOUR OWN RISK! There's lots of things to like about Herbal Alternatives, which I've written about at length here, but my favorite by far is that they serve flowers deli-style, which means the budtender will pick your pot out of a big jar right in front of you. On the Prodigal Gentleman's return trip, however, I just wanted one of Phyto's vape cartridges. I'm a big fan of vape carts in general, which are either straight oil or concentrate mixed with glycerin (and/or terpenes, flavors, etc) so that you can smoke it like an electronic cigarette. They are extremely stealthy, emitting almost no odor, and they comfortably slip back into your pocket when out of use. On a specific case-by-case basis, though, I find that many vape cartridges on the market simply don't meet my quality standards. Sometime last year, lots of folks in the cannabis community got the idea that any cartridge that uses a vegetable or propylene glycerin mix is unsafe, as the process of heating these chemicals can create formaldehyde (y'know, one of the key ingredients in embalming fluid). Some people took it further to mean that all vape cartridges were unsafe. The whole thing was a bit silly to me, as the test they were referencing was a study that was already a year old on electronic cigarettes whose results had been disputed by the vaping industry. Like, you needed to hold your finger on the button long past human capacity to inhale for formaldehyde to form. That being said, there's still relatively little research that's been done on inhaling PG/VG, so I'm not gonna argue that those are safe, but I will point out that you're not gonna be hitting them as often as an e-cigarette. The best cartridges, in my experience, are 100% oil from high-quality, terpene-rich flower that require no artificial flavors or terps to taste delicious, which also dilute the overall potency. One way to tell if fillers have been added is to turn the cartridge upside-down. The air bubble is going to fight gravity for a loooooong time in pure oil. [caption id="attachment_9357" align="aligncenter" width="3024"] 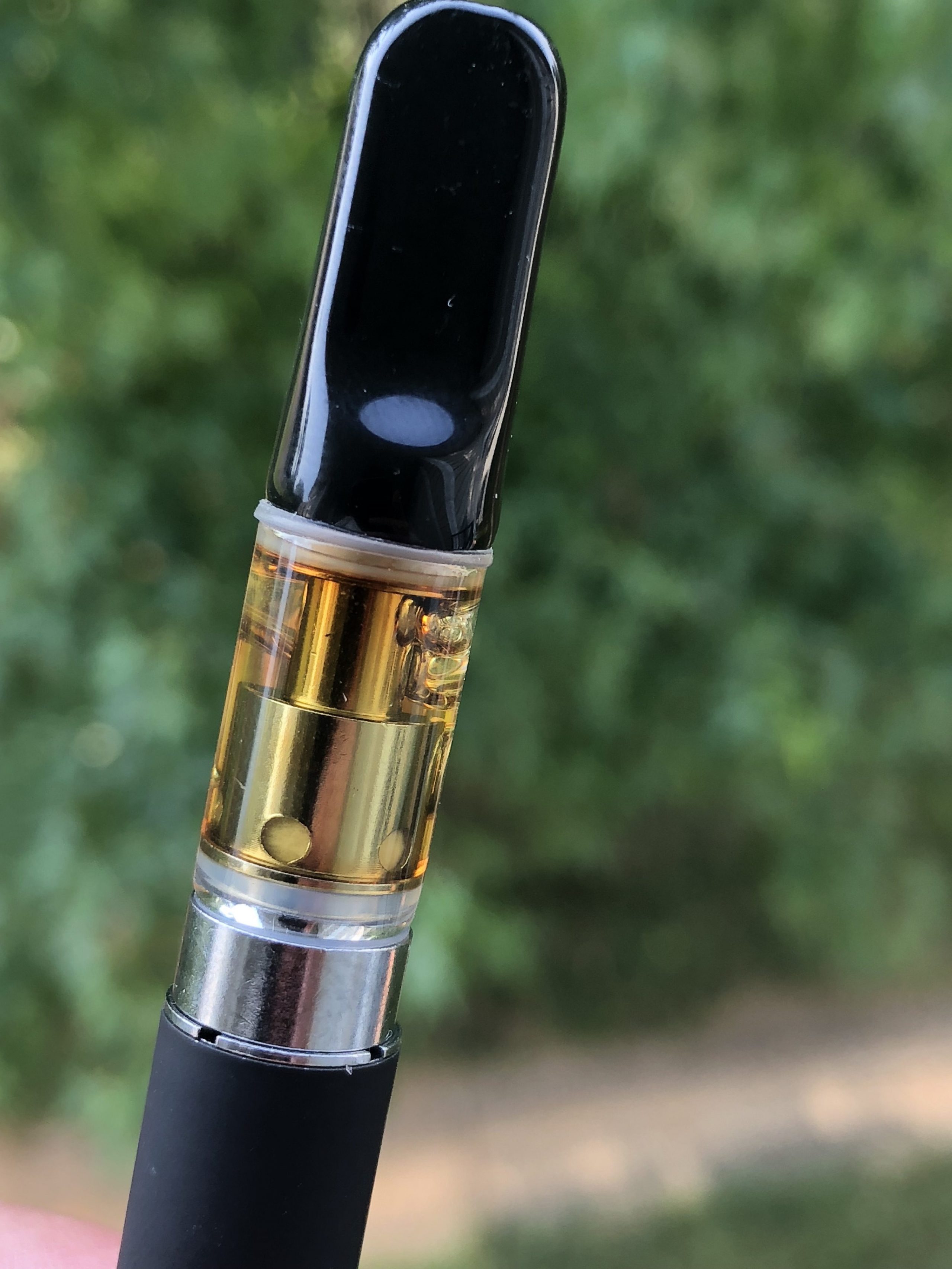 Phyto's Pineberry Punch Vape Cartridge[/caption] In my view, the real issue with most cartridges isn't glycerin, artificial terps, or even artificial flavors. The problem is that the oil is either skimped on, so the potency is low, or the concentrate used was of poor quality, which also results in a dud and/or a really harsh pull. A lot of times the manufacturer will try to cover up that harshness with artificial flavors, so anytime I taste them on the inhale, the Gentleman's strange, bedazzled antennae go up for an accompanying backbite in my throat. The Gentleman, therefore, uh...applauds, I guess, the audacity of Phyto Management to put out this Pineberry Punch carts as-is. It doesn't taste like Pine. It doesn't taste like Berry. It tastes like Punch only if we define "Punch" as "muddy water drank through a dirt-filter straw." Ok, I've been on a Man vs Wild tear for a bit, I love that show. Bear gets a lot of shit over staging his stunts, but I look at it like WWE. He's still doing all kinds of things that can get him killed or grievously injured. Medical back-up on hand is not a panacea for falling off a fucking cliff. He also gets an internet earful for giving terrible advice, which is fair, but where else on TV are you gonna see a dude catch and eat a live scorpion? Anyway, Phyto must have tasted this first and made a decision that this is within the realm of appropriate flavors, which was The Wrong Answer. I have encountered this exact taste in a vape cart once before, in a home-made cart I was told was made with rosin. I chalked it up to bad rosin, or an odd mix with PG/VG, but now I'm thinking the extraction process left too much chlorophyll behind, or something. I dunno, I'm not a Science Bitch like Aristotle. [caption id="attachment_9358" align="aligncenter" width="4032"]

But if you are, here's the test results on it[/caption] It's hard to get past the taste on Phyto's Pineberry Punch cartridge, but if you can, the potency is good- I'm ready to put it down in four or five hits- and it calms me down without affecting my ability to think clearly, so it works well for the daytime. Further, unlike some other carts with less than stellar oil, the Phyto isn't going to give you a headache. It just tastes like mud. It's not a competitive product, as both Maryland and DC patients have better options available, and especially not at $75 for a 500mg cartridge, but I've seen a lot worse out there. If you want to get your medical marijuana card, my partners at Veriheal can help you out!