Verano is the hottest name on the Maryland medical marijuana market right now. The dispensaries I've talked to all run out of any Verano flowers in a hurry, but I swung by Herbology in Gaithersburg on 4/20 and managed to get my hands on some Swift Lifts. This 5 pack of half-gram joints (in a very attractive and useful tin) cost $40, so eight bucks for each jay of their G6/Jet Fuel strain. 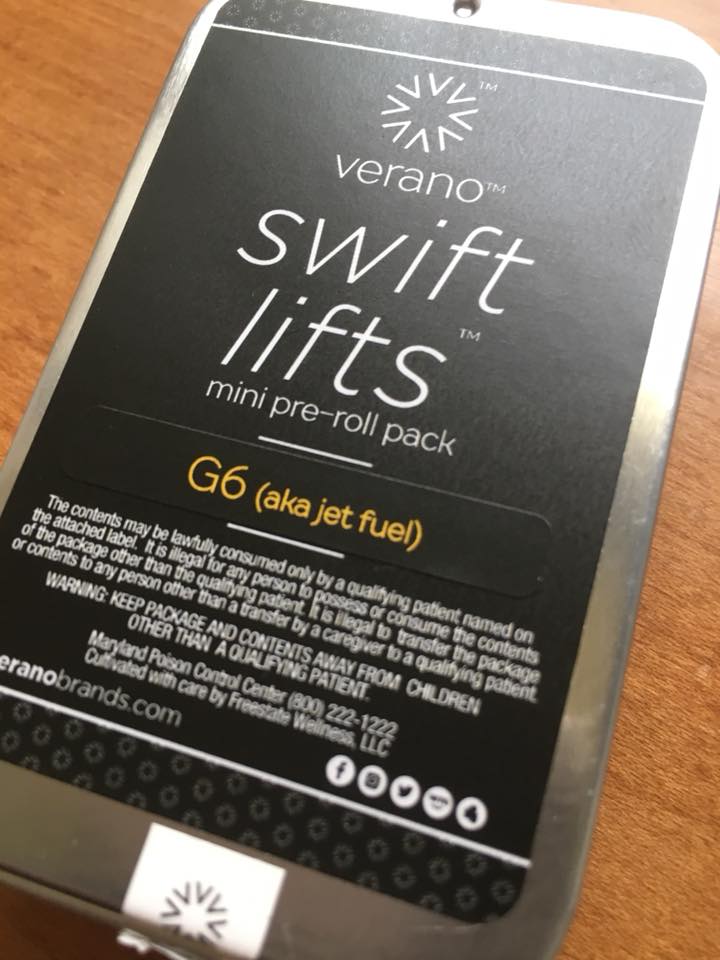 I'll do a full write-up of Verano when I get full flowers in- ZenLeaf's two locations in Waldorf and Jessup are good bets, since they're vertically integrated with Verano (that is, they're owned by the same organization), but I do have some quick thoughts about the Swift Lifts I got: 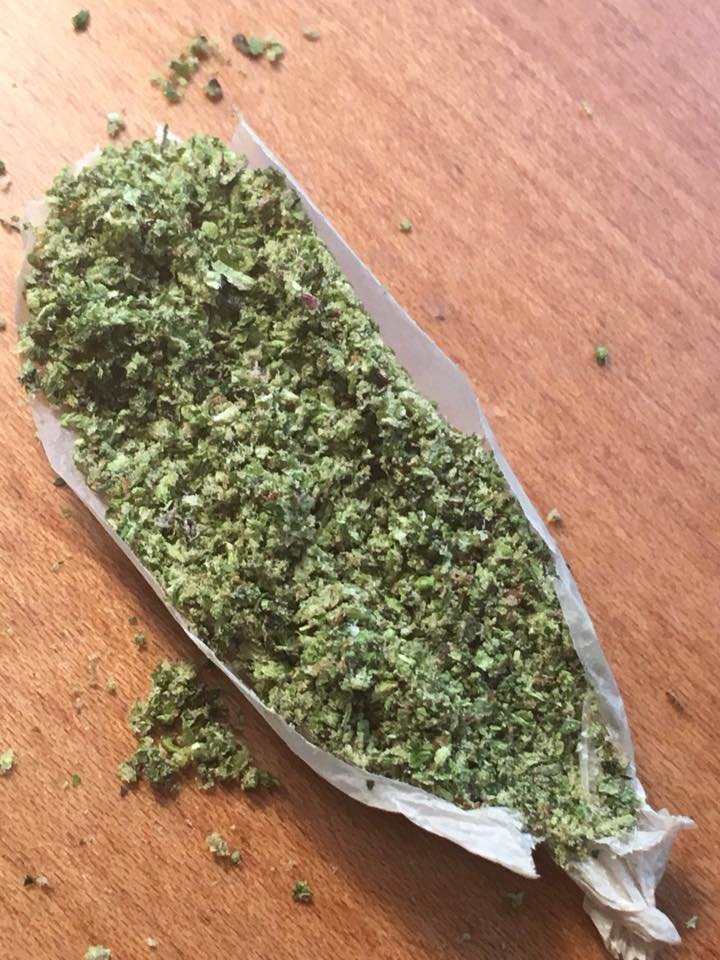 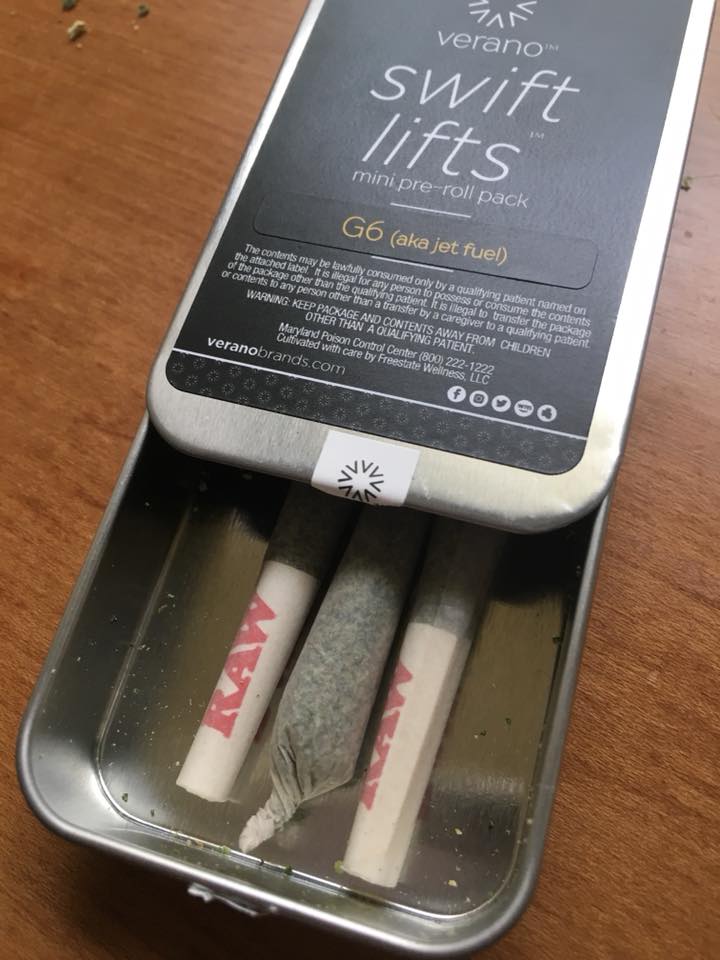 There were definitely 5 to start.[/caption]