Well, damn, folks. Reviewing my notes, it doesn't look like we've got much good flowers left to write home about from Las Vegas. Lots of old sock smell and so on. Bugger all. We've got some good concentrate to talk about, but we can't neglect the flower entirely. Sigh. Let's just rip on Pisos dispensary and their Diplomat Harcore OG flowers already. I hate writing bad reviews. Everybody else in the industry is gonna get rich and give each other suntan lotion handjobs on their stupid yachts but I'm gonna be broke, huffing paint and mumbling about trains, I just fucking know it. And they're gonna say, "Silly GT, why wouldn't you play the game like all the other kids?" and I'm gonna say "NINE-EIGHTEEN-BLUE-NINE-TWENTYTHREE-ORANGE-MIND THE GAP!" and the emphysema-riddled hacking makes everything after that unintelligible. Me and Pisos got off on the wrong foot almost immediately. It was the Monday after rec sales began in Vegas, time enough to have worked out the kinks in what was surely an overwhelming weekend. It was hot outside, because desert. They had just enough room to cram half a softball team inside their small lobby while we each waited our turn. Or tried to. See, there wasn't a linear arrangement of any kind, so I didn't know who was actually in front of me and there were too many people for me to keep track. My anxiety ramped up hard and I may have jumped early, soliciting corrections from someone who acted like I was trying to cut in front of them, then another. I got defensive. I called out the terrible 'stand anywhere there's space' system the geniuses had goin and got a raised eyebrow from the guy behind the counter. Yeah, I said it. Give us deli numbers, for gosh sake. I got people behind me that are in front of me, what kind of shit is that?

"Names mean jack-all when it comes to cannabis genetics." Me. I'm quoting myself later in the review just like Marie Claire or something. How fucking cool is it that I can do this?

Pisos' backroom is impressive, all wood and vaulted ceilings with an old-timer medicine theme that, in my opinion, tries too hard to be hip. Apparently, the company has been around a while. Glossy poster sized photos of old medicine bottles and adverts for such adorn the walls; perhaps a more rustic look to the prints would convey the vibe better. 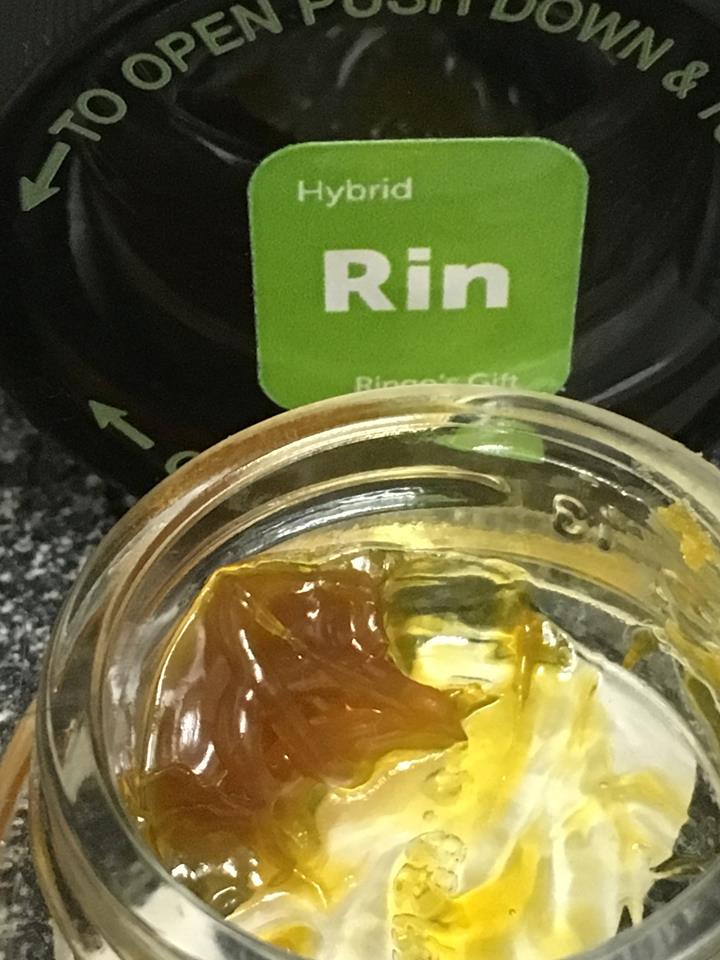 More importantly, the concentrate options at Pisos are limited. I ask the budtender if they had anything other than the display immediately in front of us, but she said no. In fact, it was even more limited than that, as the one I had chosen, some Ringo's Gift Terp Jelly from KYND, was down to the one in the display case. She was nice enough to get it for me, unfortunately, it turned out later to be primarily CBD. Argh. Despite the fact that I definitely didn't want CBD, it's actually quite good and merits its own review. An alert budtender would have noticed this and let me know. I was still quite amped up from the near shouting match in the lobby but I'll be sure to double-check every purchase from now on. I wanted to give Pisos an opportunity to redeem itself so I inquired after their flower. They have two shelves, if you will. One was called Pepper Lane. That's the cheap stuff. Your Gentleman went with The Diplomat top shelf line, of course. I only wanted a gram, though, which limited my options and was fairly steep at $23/gram. I sniffed several jars and decided on one, but they didn't have it available for less than an eighth. Moving on, I was presented with Hardcore OG. 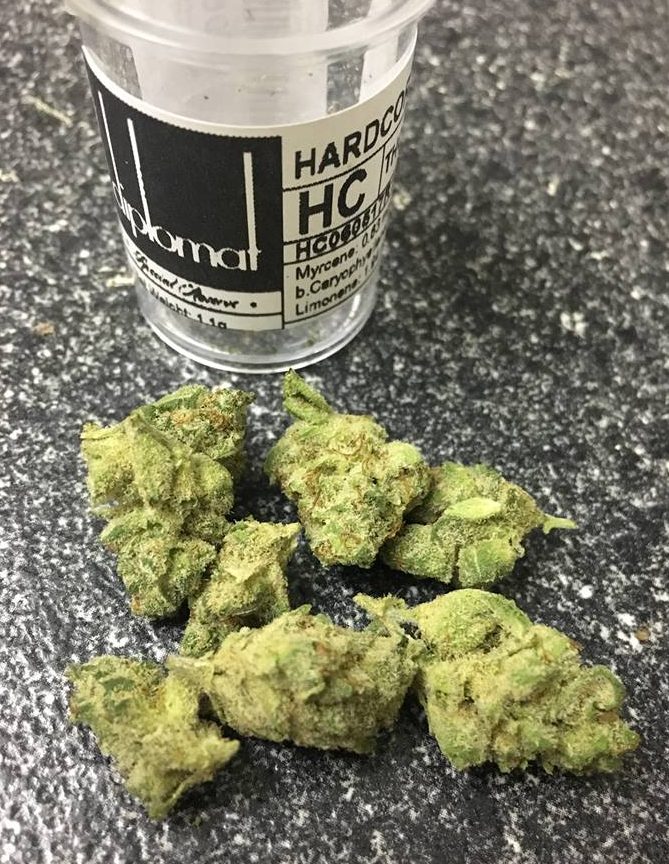 While the prepackaged vial of popcorn nugs is fairly standard, sadly, when buying grams of flower, so is the musty odor I detect within. Finding top-quality flower in recreational states is turning out to be much more of a challenge than I thought. Credit where it's due- there are more fine flowers available in the DC medical dispensaries than there are in many of the stores I visited in Vegas and Denver recently. It really is worth getting a card to get your hands on some of that Abatin gear. Diplomat Hardore OG is trimmed well, at least there aren't any stems to deal with. It's a little dry but still fresh and sparkles like a glass slipper. I twisted it up into a cone and the flavor was acrid. Not the harshest I encountered on this trip, but it is a far less than pleasant smoke. 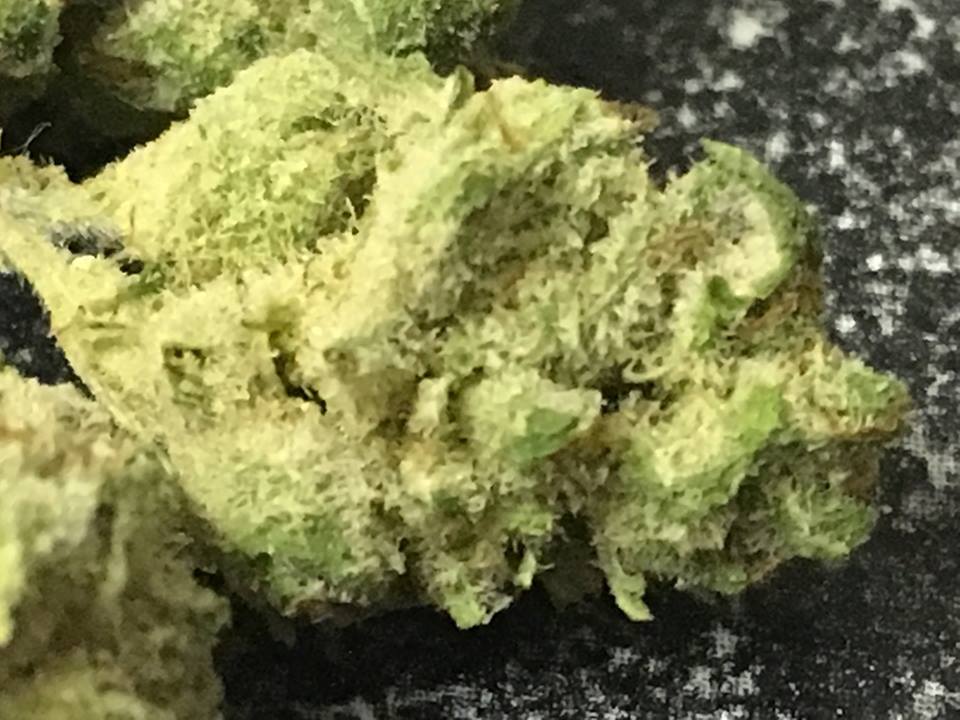 Hardcore OG's effects are rather tiring. This plant isn't directly related to the more upbeat OG Kush (looks like Leafly has the upper hand on Seedfinder this time). Names mean jack-all when it comes to cannabis genetics. Hardcore OG is a body-sedative indica clocking in allllllmost at 20% THC, heaviest in Caryophyllene, Limonene, and Myrcene, in that order. Ten minutes after smoking I start to yawn but my brain is still going and able to focus. It'll take another twenty or thirty before my thoughts slow down, which means this is a prime strain to find yourself passed out on the couch halfway through your television binge. At least turn the Autoplay off first. Pisos, "The Original Dispensary," was my biggest disappointment in Las Vegas, which is saying something considering I also got married by a half-Elvis/half-Rosie O'Donnell impersonator and now owe alimony to an exotic dancer. There are far better options like Essence, SHANGO, and REEF to visit when you want to find some fine smoke in Sin City. PS, please do not tell Chandalier's bounty hunter brothers where to find me.