Today we'll be looking at an indica called Black Dog from Curio Wellness, one of Maryland's first medical marijuana cultivators to have product available. Perhaps you recall from my previous quasi-review when I sampled a bit of their Guice when medical sales kicked off?

It's fine if not. It's not like I expect you to read every single thing I've ever written like some kind of adrenochrome-addled acolyte. It's like, 30% apocalyptic neurosis, 30% externalizing my psychic parasites, 30% actual weed talk, 10% dick jokes. There, you're all caught up. Welcome! Don't mind the demons, they just need a good shouting at and shove. Bugger off, you! There you are then. Watch your step, dearies.

I've heard some horror stories about the Maryland medical program's early offerings on social media aside from pricing- receiving shake instead of buds, nugs rife with seeds- but this has not been my experience thus far.

This quarter of Black Dog from Curio Wellness was mostly one large, impressive bud, and not a seed to be found. The packaging itself has a swanky child-lock feature I'm pretty certain little hands won't be strong enough to open or pry apart and keeps such a tight seal that your bud will stay fairly fresh in there.

Look how pretty! The nugs are solid, nicely manicured to preserve those gorgeous trichomes while removing the undesirable sugar leaves and stems. The scent profile is a bit soft, smelling lightly of spice and grass, so this aspect could use some improvement, but it smokes smooth and has several other excellent qualities. And the program's only been up and running since December! 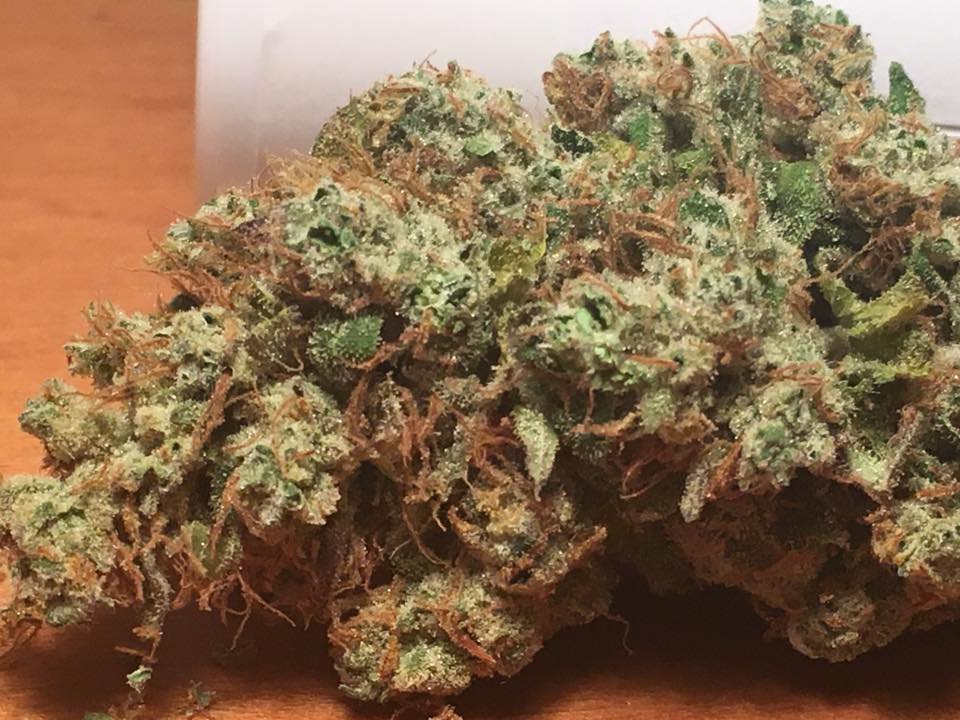 Of course, my favorite part about Maryland's program is the cannabinoid and terpene reports provided with your purchase, and not just cuz it helps me fatten up the word count without having to try very hard, but yes, also that.

Oddly, only the THCa content is listed on Curio Wellness' Black Dog (20%), but not the actual THC. It also lists the total content for the entire 7 grams instead of percentage for the primary compounds. Ok, shit, we can do this math. We have to, right? Dammit, I didn't sign up to do math on the internet. Calm down. Google it. It's gonna be fine.

So there's a little bit of CBG in there, which is a pretty sweet little cannabinoid I've noticed to be very helpful with my anxiety- 80.4mg in 7g of cannabis. That means there is  .804g in 7g, which means that roughly .115 of each gram is CBG, or 1.15%. Not much, but I don't think I've ever seen CBG listed above 3% max.

The terpene counts are even smaller, which is expected given the scent profile isn't very strong- Limonene is dominant at 21.8mg (.31%), B-Myrcene clocks in at 16.1mg (.23%), and B-Caryophyllene follows at 8.7mg (.124%). FYI, you should expect some small fluctuation from crop to crop. 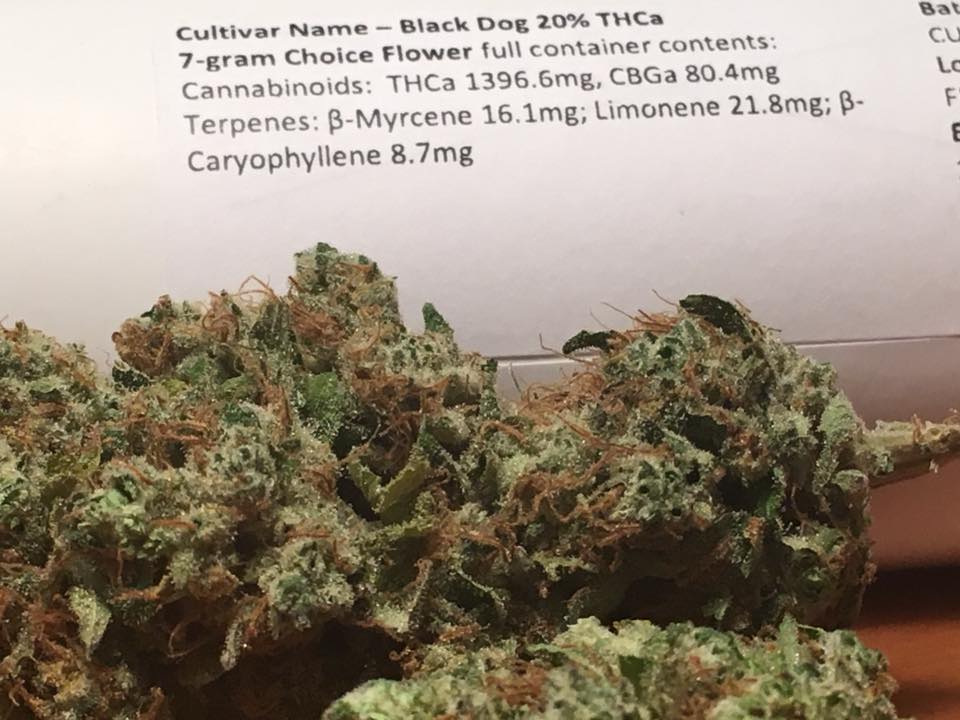 Ok, since we can't gauge potency properly from the info available, we'll just have to go by bongload/Gentleman/hour, or the b/G/hour ratio. Curio Wellness' Black Dog has great potency at 2 b/G per hour- one isn't quite enough and three steers me toward the couch.

In moderate doses, it's great for daytime- my mood is up a little bit, the seven ancient devils that old monk burned into my soul are mollified and lounging complacently, and I can still think clearly. Bravo!

There's a little burst of energy initially, but it burns out quickly, so you're probably not going for a run after, and wouldn't say no to some coffee. If I haven't eaten a full meal recently, Black Dog definitely brings on the munchies.

I've been in more of a mood for music than TV smoking Black Dog, mainly splitting time between my favoritest new synth-heavy altpop band, Lo Moon and B0RNS new album, which isn't quite as great as the first but has won me over with tracks like Sweet Dreams, I Don't Want U Back, and God Save Our Young Blood (feat. Lana Del Ray, squeee!) If you smoke it in the evening, it'll definitely help you get some solid zees. 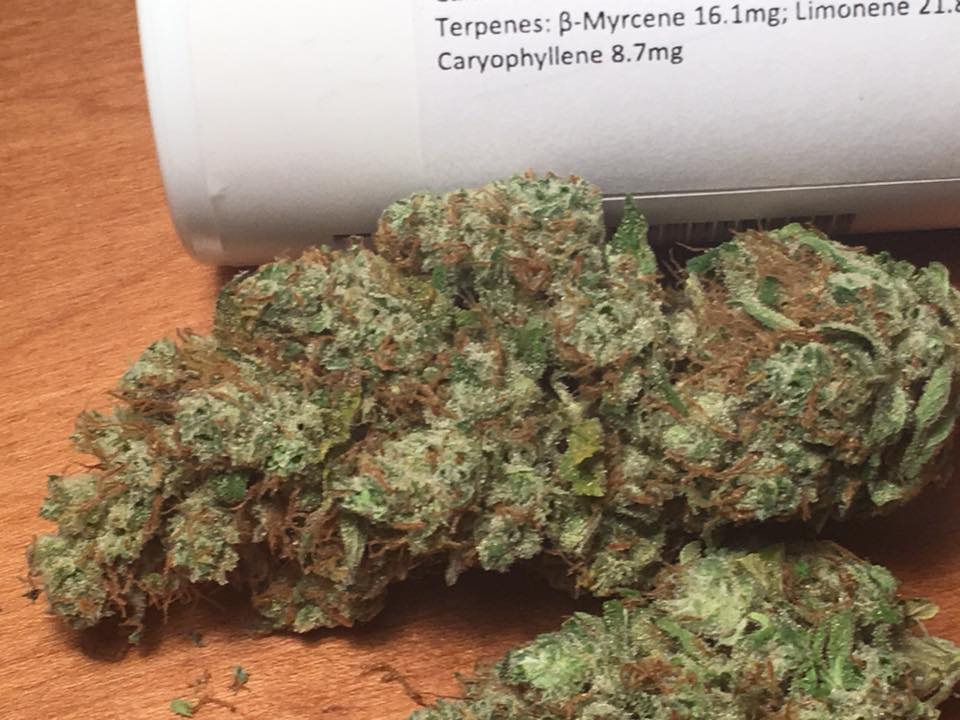 So far, so great as far as the Gentleman's experience with Maryland's medical marijuana and Curio Wellness in particular. If you want more info on Curio's products- they've also partnered with market leader Dixie Elixirs to manufacture tinctures, tablets, and topical balms- you can find them on the web right here. 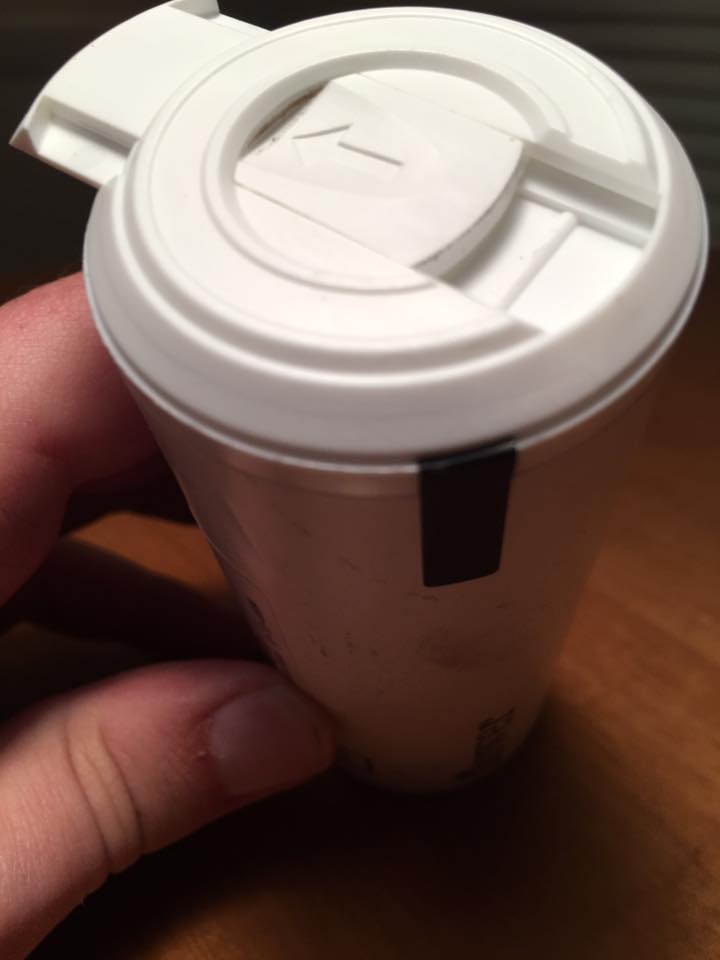