Hey hey everybody! It’s, been, uh…2021 so far, huh? Cool, cool. I’m doing cool. You’re probably doing cool, too. So that’s cool. Glad we, uh…oh, that crate of Cheerios and SlimJims? Well, if Pestilence stands astride the world, and War mounting his steed, then Famine is on deck. Obviously. So, again, I’m very, very cool and back with the best I71 weed gifts you can find today in Washington DC.

But before we get to this week’s recommendations, the standard disclaimer. The Gentleman does not guarantee the safety of any of these products! What I do is judge quality, and hope it means the same thing. Fair enough, partner? Then pitter patter! 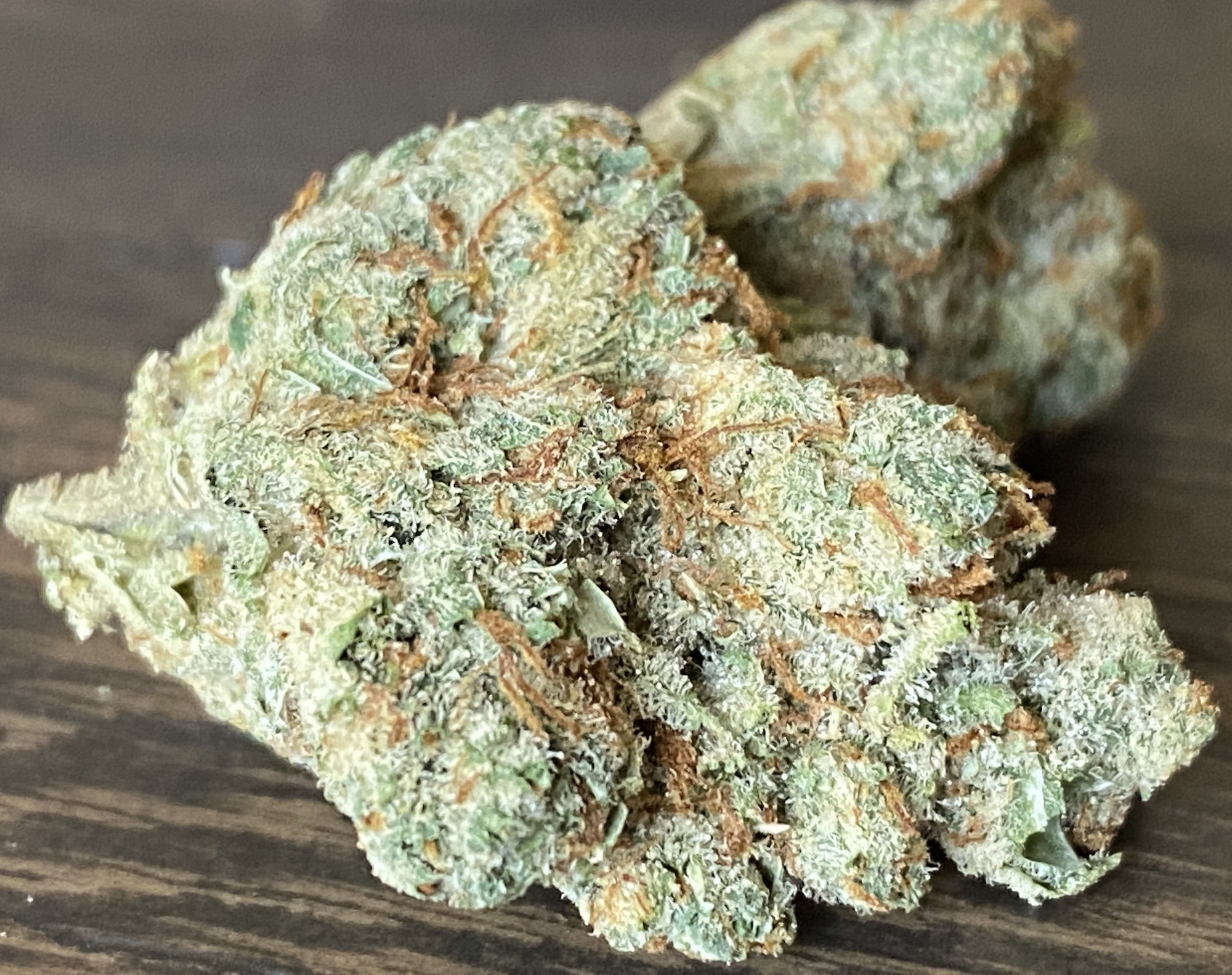 Exotic Organics’ White Guava Biscotti is outstanding marijuana. Its light green buds are offset by shocks of reddish hairs and dripping with trichomes, providing plenty of bag appeal. The delicious aroma leans heavily towards the Guava aspect and makes an incredibly smooth smoke. Heavily psychoactive, with a marked giddiness, this WGB will make an excellent companion to sitting your butt on the couch and laughing your ass off to the new season of Letterkenny. Well, watch it again, Dierks! Pull your finger outta yer ass. 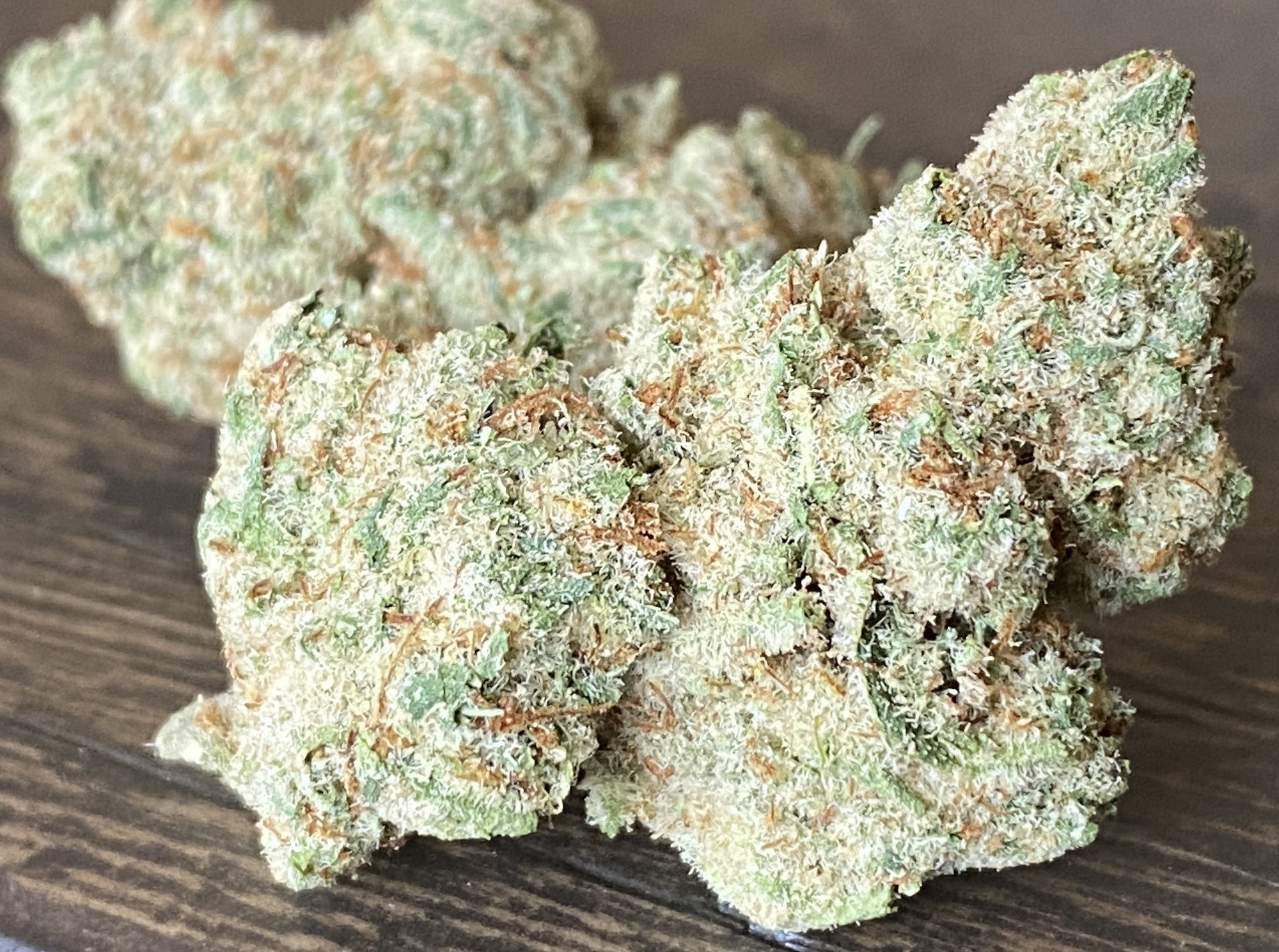 Alien Walker nugs from Exotic Blooms are absolutely thicc with trichomes, commanding your attention like a pair of big ol’ boobies. Again, for the record, I’m not sexually attracted to marijuana, and you can’t prove it except with, like, the things I say, so just shut up about it already.

Lean in closer and you’ll find they have a lovely, woodsy aroma. A heavy hitter for sure, as you’d expect from those…unintelligible drooling…trichomes (oh, Senpai!), but a clean and flavorful smoke nonetheless. Plenty potent, but surprisingly good for the daytime, as it provides enhanced focus alongside a relaxed mood.

VIP Clientele cruises into the winner’s circle again with their Off-White Cake flowers. The buds are olive green, alternating with purple all across its outward tips, and frosty like Snowman, man. A delightfully easy smoke, the aroma is cool and herbaceous with hints of lemon peel. Quite practical for daytime use, it provides clarity, focus, and a small burst of mental energy. Absolutely instrumental in getting me off my ass to actually write this review. That is still what we do here, isn’t it? looks around Ah, sure enough, we’re a Wendy’s now. So you want to try a Baconator or what? 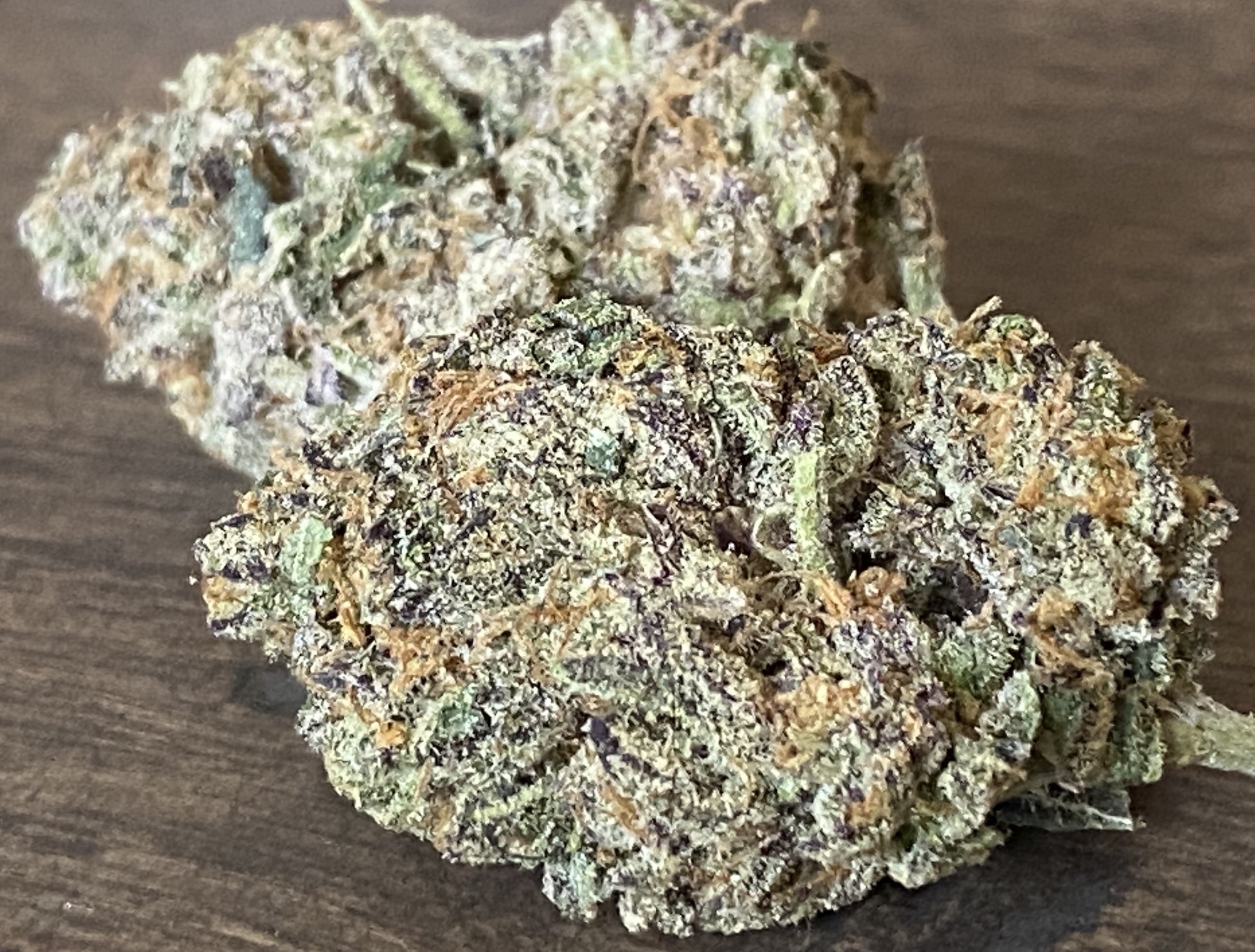 District Connect’s Thin Mints is a dangerously decadent indica. I find myself dipping back into the bag mindlessly for its rich, sour aroma and smooth smoke, then wondering why I’m so fatigued ten minutes later and want to curl up on the couch, then remembering and feeling dumb. Better reserved for when you’re ready for some serious rest & relaxation, maybe throw on your all-Stevie lead vocals Fleetwood Mac playlist…what? She is a treasure, you philistines. 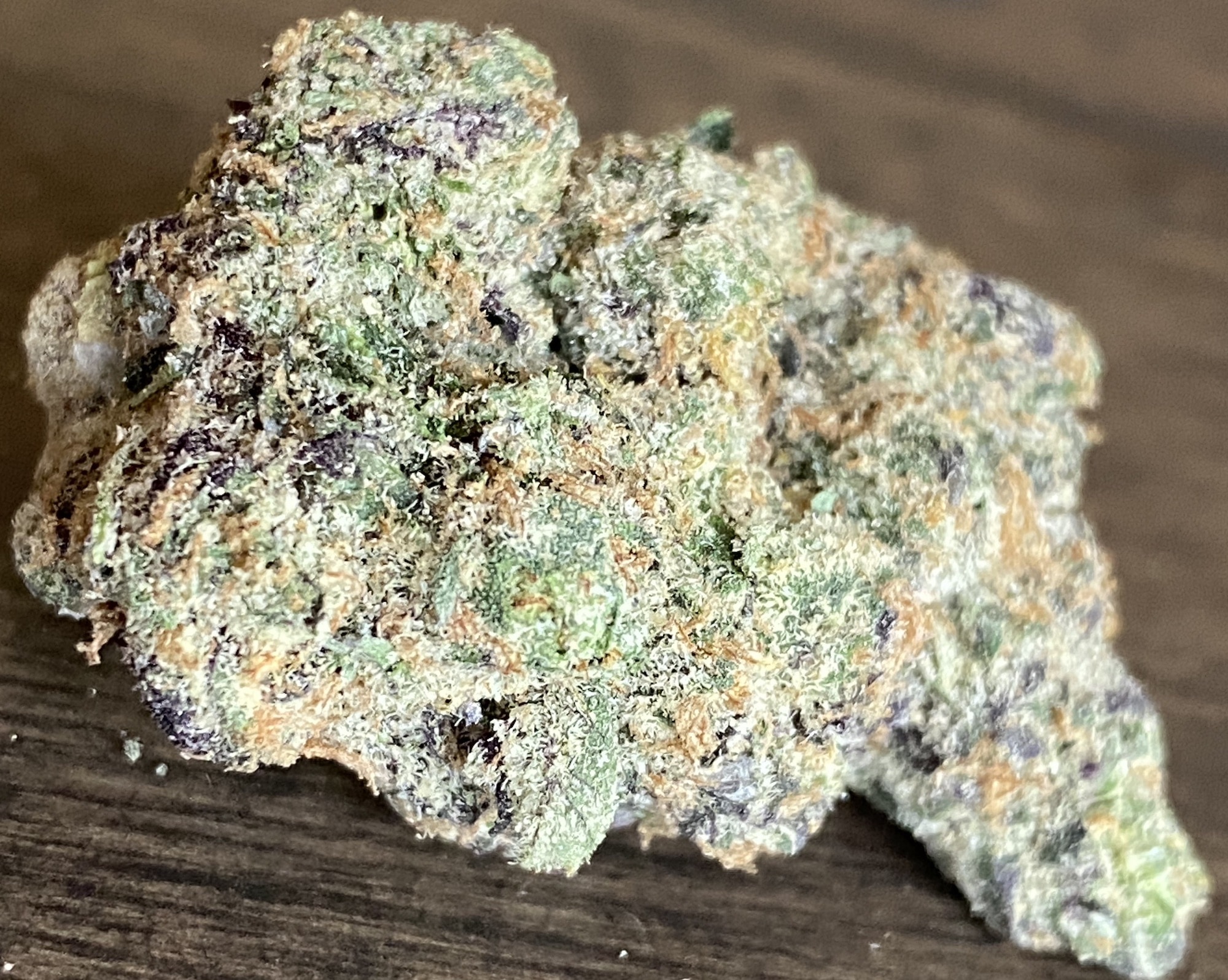 It’s impossible to handle Baked DC’s Apple Fritter without getting those thick, luscious trichomes all over your fingers. Green and purple swirls together across these buds beneath their thick coat of snow, with clumps of orange bushes dotting its landscape. Bearing an inconspicuous aroma of fruit and spice that belies its potency, this easy smoke leans decidedly indica. It won’t put you to sleep ahead of schedule, but it pairs incredibly well with mindlessly scrolling thru social media in a numb cocoon while the world burns around you. Hey, look, I ‘member that meme! Haha. Ha. ha. 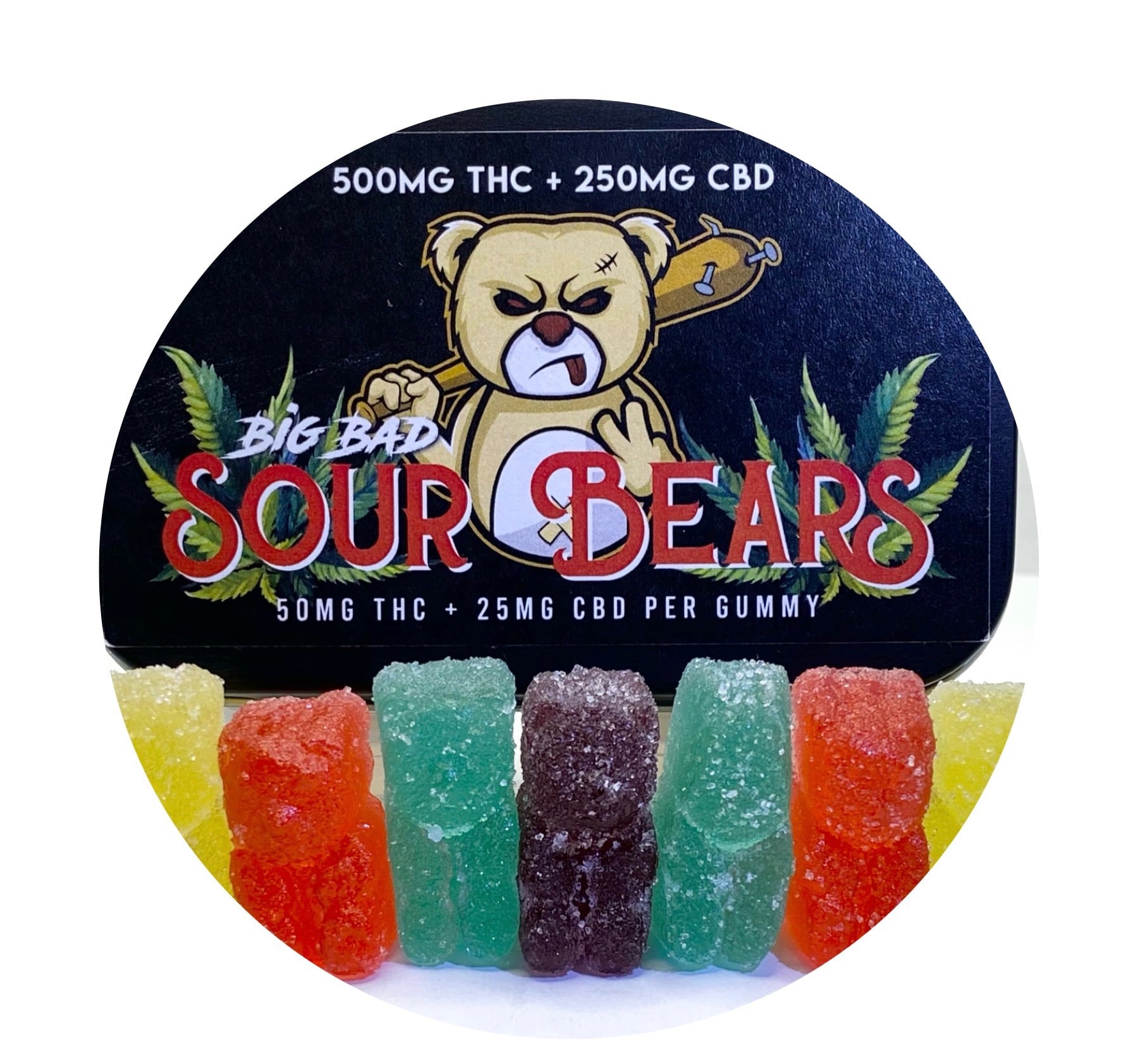 Big Bad Sour Bears from Select Co-Op are packing punches in bunches at 50mg in each big, juicy, sour gummy and 500mg total in the bag. Made right here in DC from premium distillate, a single gummy was sufficient for me to feel a quiet, peaceful buzz that precluded the need to smoke for a couple of hours, and helped me get a nice night’s sleep for once. Seasoned psychonauts may want to take another half to get your party on, while student drivers are advised to take it slooooow.

If you like a little oomph in your joints, give LitStix pre-rolls from VIP Clientele a spin. Drizzled with oil and rolled in kief, I called it quits halfway thru the joint cuz I was already buzzin like lightyears. Despite the heavy potency, it was an impressively easy smoke, as there was nary a cough to be found on the Mintz strain I tried.

If you want a more relaxing, less intense trip that produces the same giddy mood without overwhelming or altering your senses, I can recommend the B+ strain of Chocolate Chuckles Magic Mushroom Bars from District Connect. I did two trials- the first time, I ate two pieces. It put me in a giddy, silly mood, but I didn’t get any visuals and was able to fall asleep normally.

The second, I ate four pieces and waited an hour and a half. I went on an It’s Always Sunny binge and was laughing my ass off, but still no visuals. So I ate four more and then I did get some light visuals. I stayed up til 6 in the morning and overall, had a fantastic time and didn’t mind at all it was more lazy river than rollercoaster. I’m old and shit, man, I don’t need my mind blown every week. Consuming the entire bar is only an eighth of shrooms, so I’m pretty sure I’d have tripped harder if I went ham from the start. Be mindful of your own tolerance and experience level before you dive into the deep end!

No new winners to announce yet! Here’s the current list of folks that use my recommended local CO2 extraction team:

Plus I like the Friendly Farms Live Resin cartridges I’ve seen from Bagged Buds and District Chiefer.