It's a very special Wednesday, my wool-wearing wolves, for today we'll induct another edibles brand into the exclusive club that's actually got your Gentleman nice and medicated. It occurs to me that food infused with weed can be even more discreet than a vape cartridge for adventuring around the city, so long as the dosage is potent, but Watz Poppin is a step further in stealth. Each medible they make resembles a well-known snack and they've got a deep menu to choose from. Take Watz Poppin's cereal line, for instance. You like Fruit Loops? Try Froot Poofs. Cap'n Crunch, meet Kap'n Kronic. Amply Jack'd Up for Apple Jax, and so on, but we're actually gonna review their Xtra Cheddar Flavor-Blasted OG Fish and Infused Teddy Grahams. [caption id="attachment_2882" align="aligncenter" width="720"] 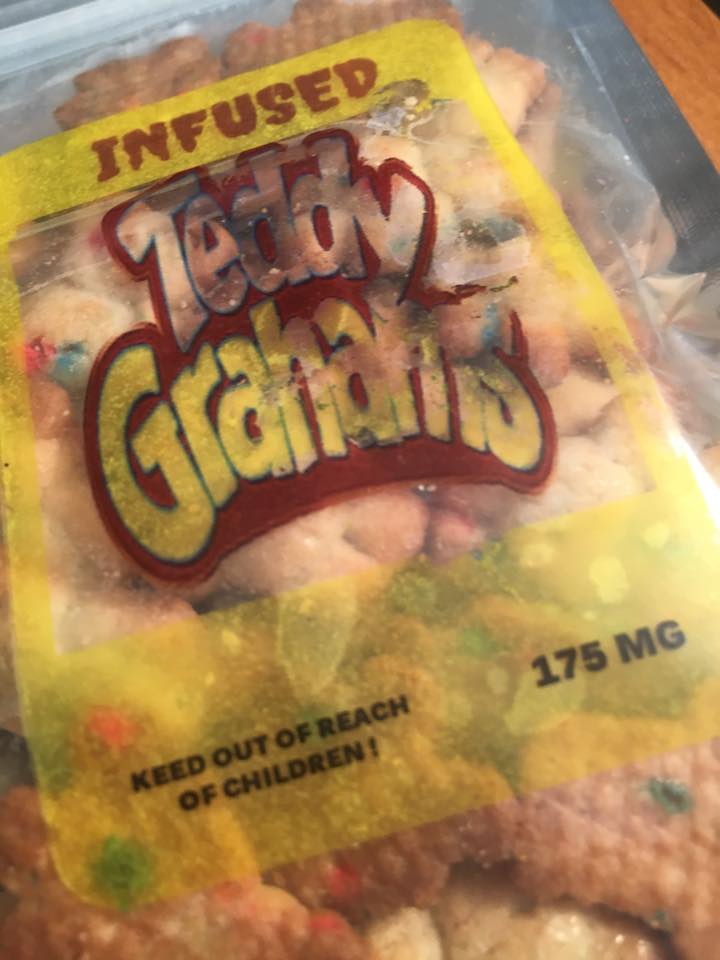 FOLLOW WATZ POPPIN ON INSTAGRAM![/caption] Right, so sitting on my butt overdosing on corporate programming isn't getting my leg any better. With a few good says strung together, it was time for a nice long walk. I took my Infused Teddy Grahams from Watz Poppin along with the plan to be out for hours. Sitting in my car, I gobbled up my medication in the smug knowledge that nobody around could know that each cinnamony morsel actually contained contraband! I should take a sec to acknowledge that Watz Poppin has warning labels on their packages to keep away from children, which is admirable and you should certainly heed, as they could easily confuse these tasty treats for their own. I don't think they'd be able to taste the difference- despite the 175mg dosage, there's only a slight flavor of marijuana present, enough to let the experienced know it's there. 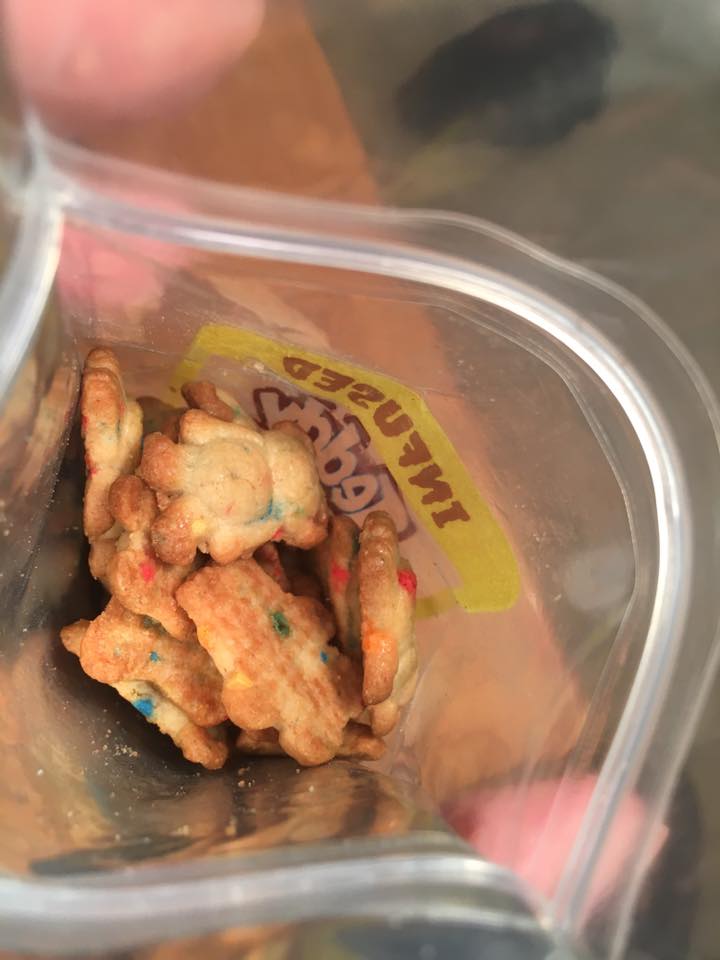 No worries for me about any kiddies finding my leftovers, I ate every tiny bear in the space of a few minutes. They were scrumptious. I could have eaten two or three bags, but one was plenty for being in public. I set out for my walk, enjoying the sunshine, marveling at just how much unsightly detritus lines our river shores. After forty-five minutes, the Infused Teddy Grahams were in full effect. My head was light, my mood bright, each step drawing from a seemingly limitless well of energy. Feeling empowered, I got overconfident, and tried to cross the Woodrow Wilson Bridge. 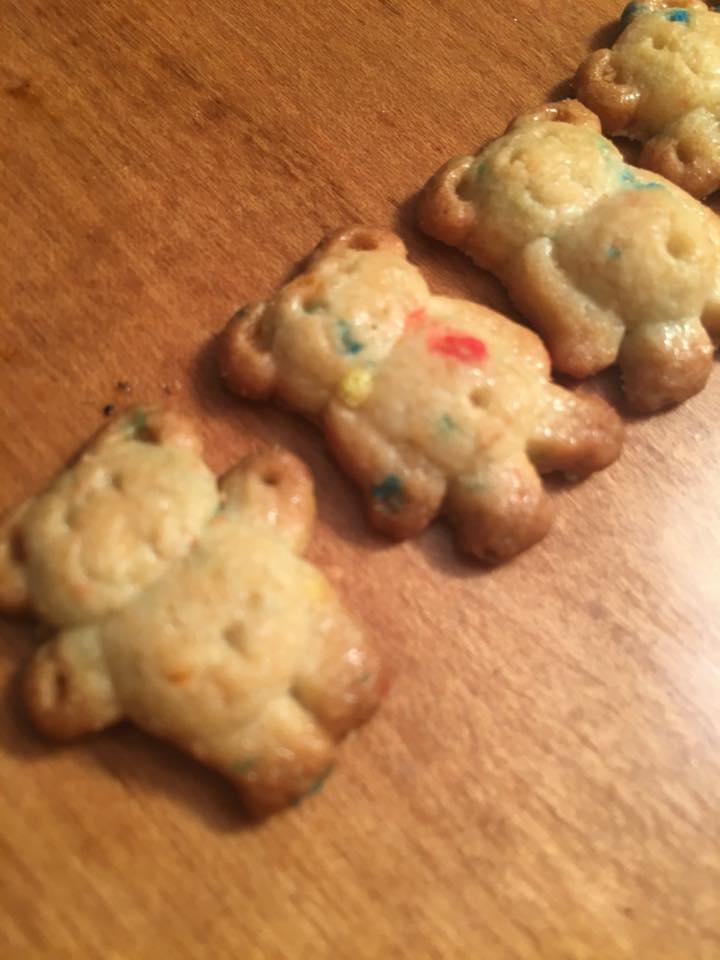 The Woodrow Wilson combines nearly all of my fears in one convenient bundle, so you don't have to shop around. It is high as fuck over that dark, disgusting water from earlier and there are - what, six?- lanes of cars zooming in each direction at over 60 miles an hour, creating wind gusts that surely couldn't lift a man three-stone over the guardrails but it might combined with the planes flying close overhead, and then scientists would get together and say what a very interesting set of circumstances led to the Gentleman suddenly, lethally being deposited into the river and they'd put up a nice plaque, maybe, but that will provide my ghost with little consolation. Did I mention it was a drawbridge? Y'know, the kind that is meant to have a hole in it sometimes? And just when you've Lamazed-breathing enough to handle it, looking straight ahead, not at the cars, definitely not down, a motherfucking helicopter shoots out of nowhere, banks right in front of you, and all you can hear is a child's terrified shriek that you eventually realize is coming from you. The only thing that could make it worse is Pennywise grinning up at you from the other side of the guardrail. I only made it across because I was halfway before my paranoia cranked up, making either direction equally terrible. Lunch from Elevation Burger was hardly worth nearly dying over, and you bet your sweet bippy I Ubered back. 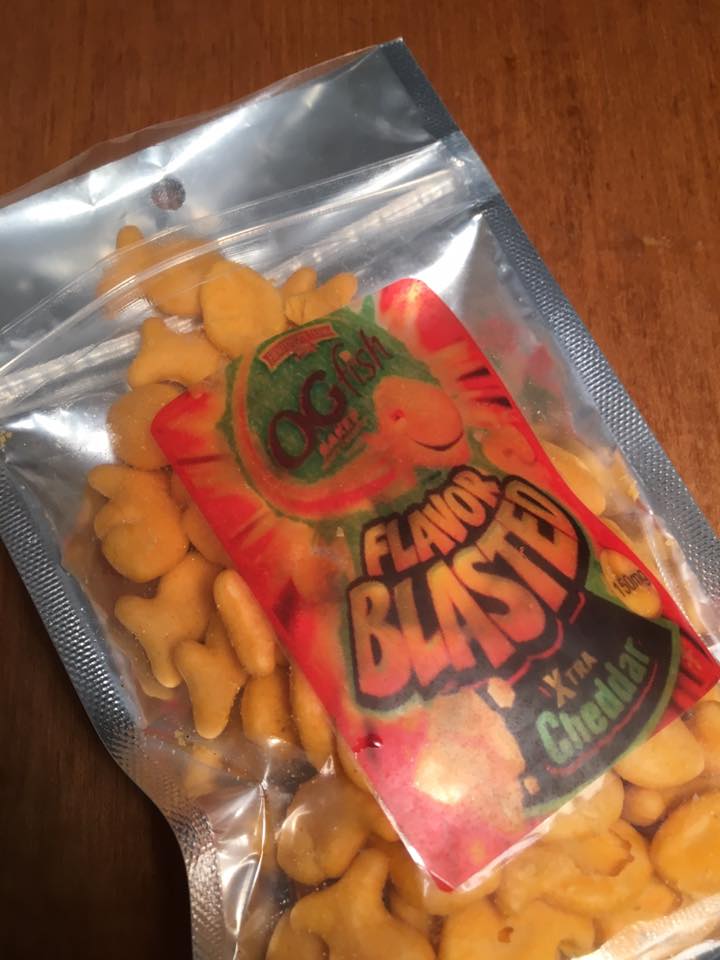 It's not the edibles fault I took 'em before harrowing myself like Atreyu at the Sphinx Gate. My next trial was with the OG Fish, like Pepperidge Farms Goldfish, one of my very favorite snacks ever. I prefer the whole grain version vs flavor blast, but Watz Poppin scaled back that blast a tad to make it a more palatable snack. Quite tasty, and just like before, just a smidge of cannabis flavor. Watz Poppin's OG Fish was infused with the same batch of distillate as the Teddy Grahams, and I had a predictably identical sativa experience but from the safety of my couch where I binge-watched Freakish in one sitting, a Hulu original about teenagers struggling to survive the mutant zombie hordes created by an explosion at their town's chemical plant. The edibles kept me up and glued to the screen far past bedtime. Aw, c'mon, Ma!

I've barely scratched the surface of Watz Poppin's many edible options.  Candies, treats, snacks, cereals, and even some granola for the crunchy folks out there are available. If you want to get your hands on some of these ganja goodies, you have to visit them at one of DC's many marijuana events. Lucky you, I wrote a handy guide for such just the other day! To find out which pop-up they'll be at next, Follow Watz Poppin on Instagram. But while you're here, why not take a sec to Subscribe to my newsletter?