ENTER CODE "TOKER" IN THE SPECIAL INSTRUCTIONS FOR $5 OFF![/caption] DC Xtracts is the latest group of lab geeks to hit the District's cannabis scene offering to spin the flowers or trim from ye vast legion of Initiative 71 growers out there into premium-quality CO2 extracts. You'll get back the most potent pure oil vape cartridge I've personally ever tested, or one mixed with your choice of terpenes, or canna-caps (weed pills), or, like, whatever else you can science outta them. Kids these days, right? What with their MePhones, exploding razor scooters, Tamahootchee computer pets and whatnot. [caption id="" align="aligncenter" width="640"]

Our forefathers defied the British Empire and stormed Normandy. Just sayin.[/caption] Oooh, but gather round, my sweet, concussed chicklings, for tomorrow kicks off your Gentleman's annual three day holiday- the NFL Draft! For three nights, history and potential collide, smokescreens and shenanigans will abound, and when the dust settles, the fate of thirty-two ball clubs and two hundred fifty-six of our nation's greatest athletes will be inexorably linked. Will your QB-needy team pass on the next Dak Prescott for a "safe"prospect? Have the laughable Browns, armed to the teeth with picks in a deep draft class, learned to evaluate players yet or will they continue to exist as Bill Belichick's personal farm team? Let's not forget the local Washington football club! Having suddenly fired the GM that turned their franchise around, they can not possibly be prepared to have a good draft this year. Hope they've done enough homework to hit on their first two picks, Washington fans, but I have sincere doubts they'll be able to cull talent from the later rounds as was McCloughan's calling card. [caption id="" align="aligncenter" width="530"] 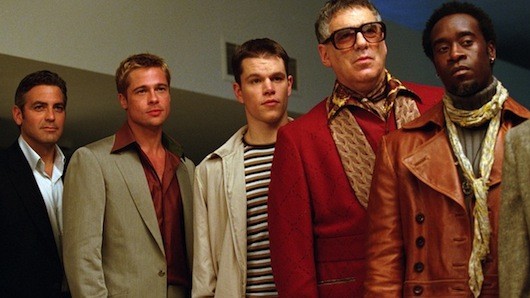 I'd Ocean 11 Ozzie Newsome's Big Board if I were them.[/caption] But what I really love the most about the draft is team-building. I like seeing how teams have evaluated the talent and determined which players could be the missing piece to a championship. Which, gratefully for you non-football fanatics, brings us back 'round to DC Xtracts. I scouted these folks myself on IG and when I saw their stats from Steep Hill Labs, I was impressed and requested a meeting. I'm a talent scout, a Moneyball man, and I'm poundin' the table for DCX on your team. If you're an Initiative 71 grower, you can't afford to miss out on these guys! 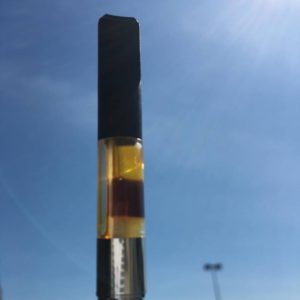 One hit off the pure CO2 oil vape cartridge and DC Xtracts' claims of a superior product speak for themselves. First you feel your lungs fill up like you're taking a cool, smooth dab. Then you exhale a huge, thick cloud of smoke and you realize you just did. The flavor is neutral, just as CO2 should be, and packs an amazingly potent punch. Two pulls and I'm good. Medicated. Stick a fork in me. Whatever flower mine was mashed out of leaned heavily indica. This wonderfully meditative medicine immediately soothes agitated thoughts and promotes a sense of calm and well-being. A few hours later and it is lights out for this Gentleman, so save it for the evenings. Now, if you prefer a lighter potency with some tasty terps added, these mad doctors can Frankenstein a tasty treat together for you, as they did with my Tahoe OG sample. The overall effect of adding terpenes improves the flavor at a significant potency cost. You should expect these carts to require a more standard 4-5 hits to get your head right, which still won't match what the pure delivers, but c'est la vie, oui? [caption id="" align="aligncenter" width="249"]

Laissez le Bon Temps Rouler, cherie![/caption] Unfortunately, these carts are not currently publicly available unless you're trading in your trim to make it happen! But things change quickly in the DC canna-scene, so my casual readers should Follow DC Xtracts on Instagram to keep up with the imminent release news from what is sure to be one of the most sought-after concentrate teams in Washington DC. 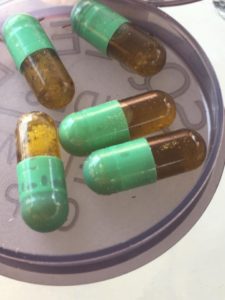 Now I have to go finish my mock draft on NFL.com for the chance to win, I dunno, whatever, I'm not gonna win, it's way too unpredictable. I usually hit on 15-20 prospects, nailing around 5 to pick number or team (I don't count the first pick when it's a consensus like Myles Garrett is this year). But I will have a few beers and live-tweet insults at coaches whose picks are stupid! Feel free to Follow me on Twittter @WeedHireJoe, which I know I should change for branding, but I keep to remind myself of my own undrafted free agent status from when nobody in this industry would hire me. That's alright, baby! Thirty-two teams passed on Tom Brady for five whole rounds before the Pats picked him up, but that ain't gonna matter when Canton calls. Don't forget to holla at my jerseys!