We first looked at I71 delivery brand Trending Leafs a few months ago. Their corporate mission is to be "The Voice of the Plant," to present the array of medical benefits and latest research on marijuana, which they disseminate through their social media, individual consultations, and their upcoming blog. And to deliver scrumptious little donut holes! Not knocking edibles one bit, but I love ordering non-infused snacks with a side gift of cannabis, cuz it saves me a stoned trip to the 7-11, slowly surveying the candy aisle with my gemstone loupe and inevitably returning with a cabinet worth of candy and chips and cheesy crackers. But I never buy baked/fried food there. Buffalo wings from the same place I buy condoms and Tiger Heat Passion Pills at 3am? Mein Gott, no, liebchen, but danke schoen all the same. Not content to rest on the laurels of their already-impressive flowers, Trending Leaf's newest harvest has even denser buds and bigger trichomes. Some of y'all are gonna need to start runnin if you want to catch up to the quality Trending Leafs is bringing to this race. Let's look at their Monster Cookies first. There's a bit more sugar leaf left on than I like, but it's frosty, so it's OK. The aroma is distinctly, deliciously sour, and of course, "locally grown" means fresh flowers for you, instead of the humidity-drained vacuum-packed dark web mailman weed that marked the early days of cannabis legalization in the District. The smoke itself is smooth and flavorful, with nary a cough through my hand-rolled cone. [caption id="attachment_4961" align="aligncenter" width="720"] 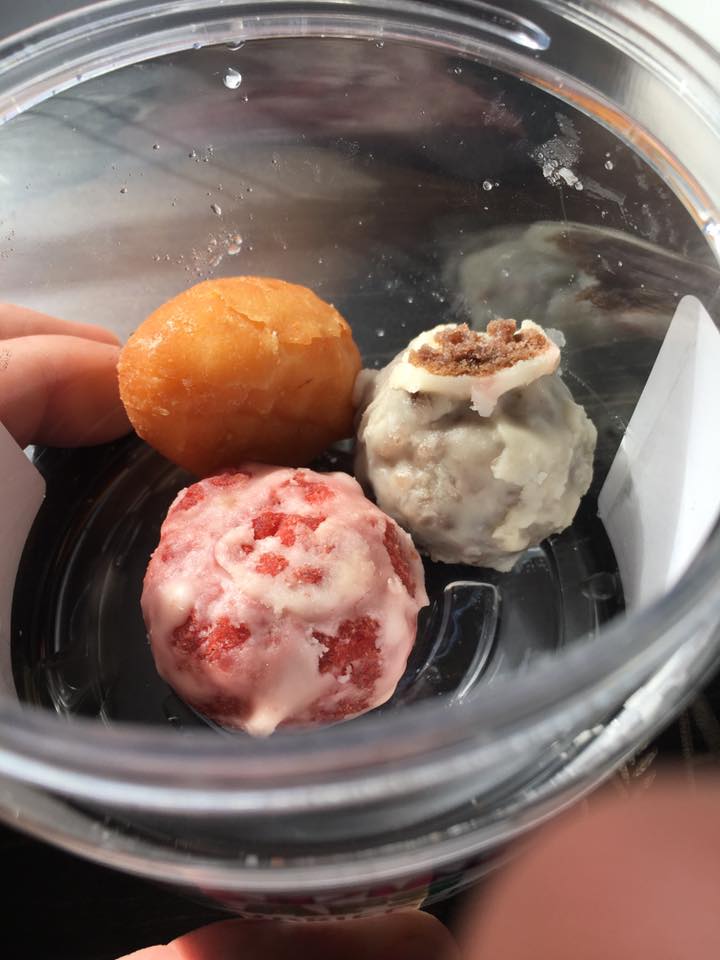 Glazed, Chocolate, and Red Velvet. There were more in the jar but I ate them.[/caption] Just as Darwin and his Dino-Lords intended, the popularity of GSC (formerly Girl Scout Cookies) has made it an Alpha of natural selection, spawning dozens of new baby flowers in a process known as cross-breeding, or if you'd rather, plant sex. Monster Cookies was produced by crossing GSC with another top-tier strain, Grandaddy Purple, then presumably neglecting the offspring until it became feral and lost the capacity for empathy. The result is a surprisingly even hybrid. Trending Leafs' Monster Cookies doesn't overwhelm with energy, but it did allow me to focus on my rolling practice for a couple hours, while remaining mentally agile enough to consider the problems I ran into and experiment with some solutions. My mood was nicely balanced and eased my anxiety without making me lose track of the day's other goals. [caption id="attachment_4962" align="aligncenter" width="960"] 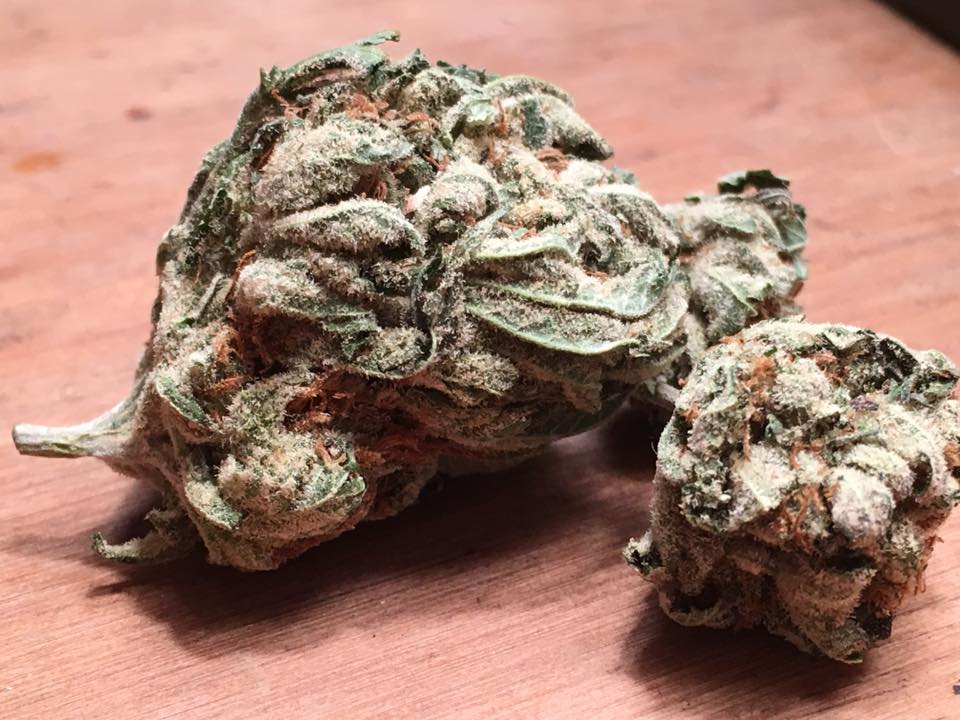 Monster Cookies[/caption] Nope, the day I lost track of was after I smoked the Platinum GSC, another popular offshoot we've looked at previously. Its presence in last week's Civilized article that claimed to state the six most popular strains in DC irks me, as it's clearly just a filler piece, but their dartboard logic somehow got half of 'em right, including this one (though I'd say original GSC is more popular, this variant shows up quite a bit). Trending Leafs' Platinum GSC is dark green with shocks of purple, and as I've come to expect, has a much sharper nose than GSC's sweet, earthy notes. This GSC cross hit me a lot heavier than the Monster Cookies. It makes my brain fuzzy, which helps my anxiety and depression, but from a supine position. Coffee helps, but a nap would be better, so save it for the evening. [caption id="attachment_4963" align="aligncenter" width="960"] 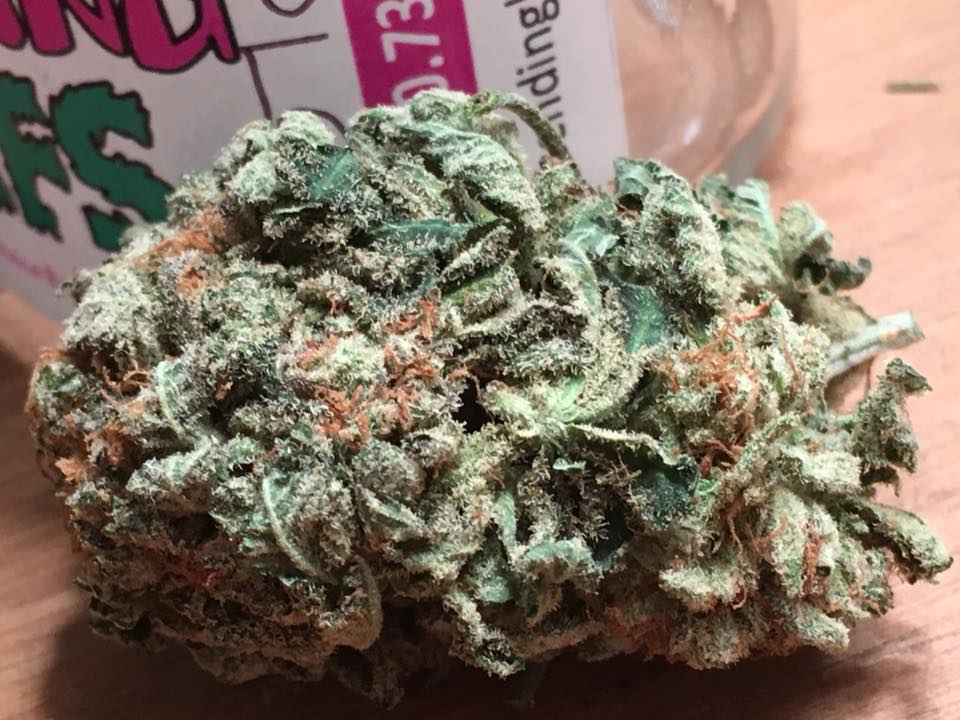 Platinum GSC[/caption] Look, if you haven't hit up Trending Leafs yet, you're missing out on some of the finest cannabis flowers available in the city, grown right here under the gentle auspices of Initiative 71. Honorable mention go to the Cannatonic, a sublime indica that was so good it got smoked before I broke out the camera, and Platinum Sour Diesel, a great daytime sativa that's coming along nicely. Hit up Trending Leafs via their website for more great info about our favorite plant. For more great info from your favorite fuzzy snuggle bear, Subscribe to my Newsletter!