Million Dollar Baby ShatterWith the Benediction of the Elf Queen upon me, the Gentleman was ready to depart Denver and resume his quest, but there were still many, many miles between me and Los Angeles. Vegas was twelve hours away, doable in a single day, but it's a brutal course. Traveling via 70 West, you first have to get down the mountain they built Denver on while dodging trucks that slow suddenly as they fight the steep grade. I've driven around Colorado mountains before and was grateful for the good weather that kept this slalom dry. Lunch in Vail cost me eighteen bucks for a hamburger and fries, just so you get an idea of what it costs to hang out in Vail. Colorful Colorado, as the signs proclaim, is quite apt, as once you've passed the steep elevations, the landscape blossoms into rich, verdant hues of purple and green and orange that are the definition of picturesque. [caption id="attachment_11905" align="aligncenter" width="3483"] 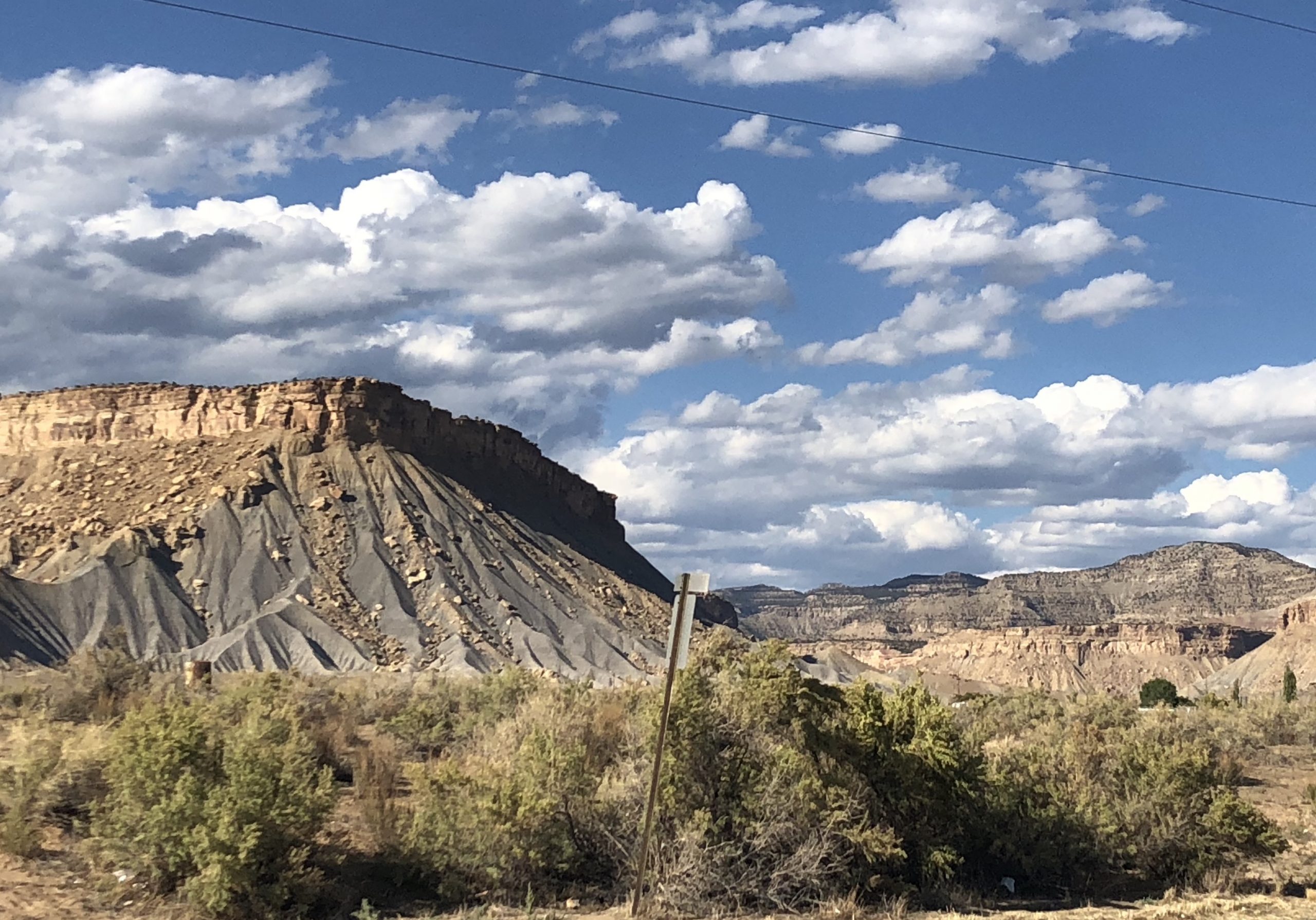 ...but I only got a picture of Utah, of course. Still pretty.[/caption] The abundant flora gives way to barren desert over Utah's border, as does legal cannabis. The last dispensary sign I saw was a couple hours away on the other side of the border, but that's the least of your worries deep in America's armpit, a godforsaken place where almost every exit sign states NO SERVICES, which means no gas, food, or lodging nearby. For the weary traveller, there's no choice but to press forward to the next town with such amenities, which could be as far as 90 miles away. If you have to go to the bathroom in between because of all the signs telling you there's no bathrooms in sight, damn them, there's plenty of scenic areas that have built what amounts to permanent fixtures around port-a-pottys and possibly, probably, nearly certainly, angry scorpion nests. I mean, odds are, at least one of these structures is teeming with swarming, stinging death creatures hungry for your poisoned, necrotic flesh, so you'll want to avoid these if you can. Oooh, quick aside! I really have a problem with the billboards for lawyers I saw everywhere. I don't mind them advertising, but when you have words like INJURED??? plastered sixty feet wide, it puts a terrible- downright dangerous- psychic suggestion in the minds of thousands of drivers each day. I'd outlaw that shit tomorrow. Keep it to your firm name and a photo that doesn't make you look like the kinda guy who watches Little League games but doesn't have a kid. That's fine. I got no problems with that. [caption id="attachment_11439" align="aligncenter" width="4032"] 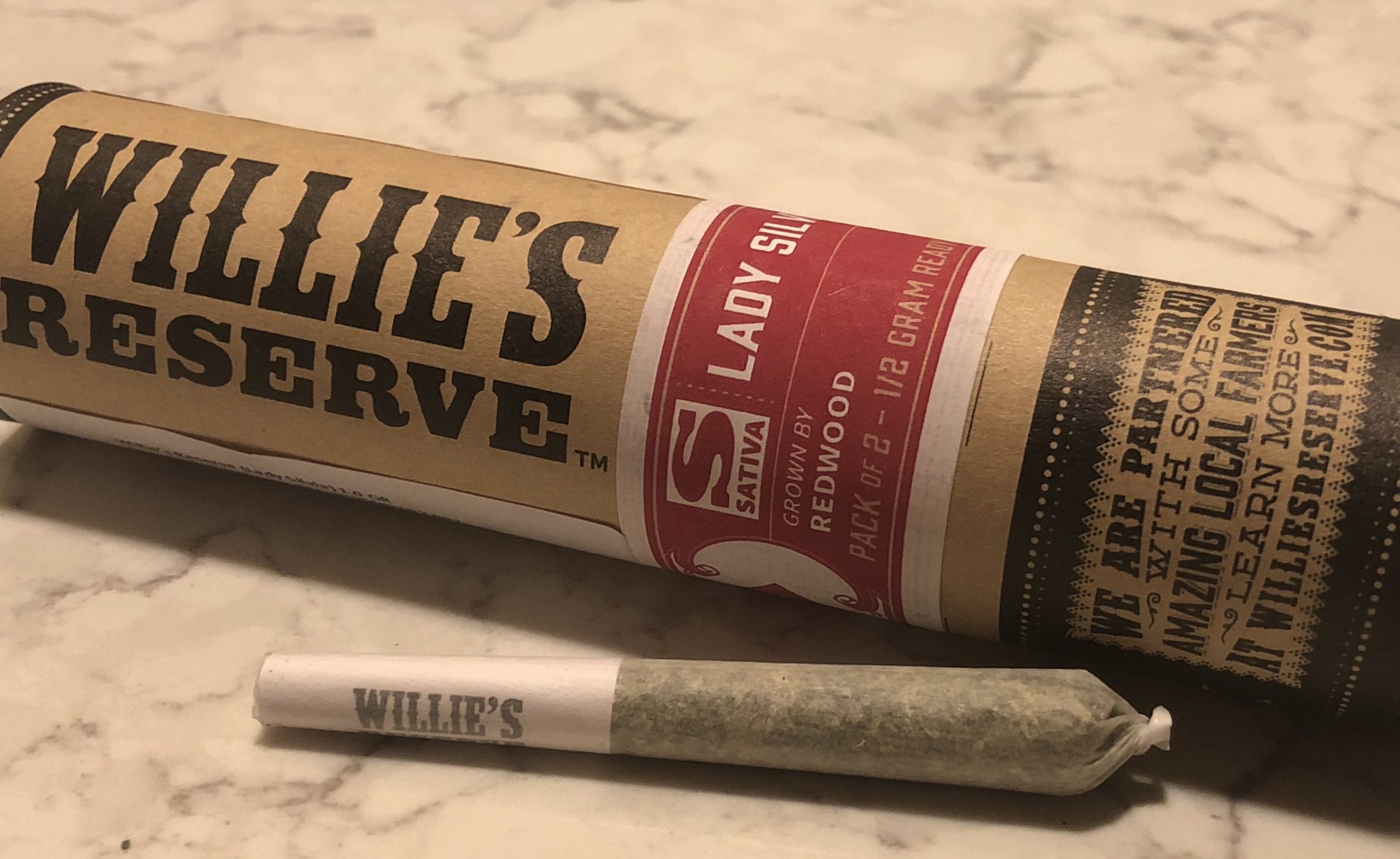 originally posted these here[/caption] You'll know you're in Nevada when you see the casinos, which are definitely not confined to Vegas and Reno,  but you'll still face gaps of 30-60 miles between exits with services and slots. Here I finally broke with I70 to travel via 15 South. After hours of empty desert, it was elation itself to see the lights of Las Vegas spread wide over the horizon. I descended on Sin City with intentions of a good time, but the South Point Hotel I picked turned out to be practically out of town. Just as well, as the journey's pace had caught up with me. I mostly slept the two nights I was in town, aside from visiting the Planet 13/Medizin dispensary nearby. The shop itself was above average- spacious, tasteful, well-lit inside, and parking was easy. I got the Willie's Reserve Lady Silvia joints there, which were very tasty, plus a Cannavative hash joint I really liked (love them), but their house Million Dollar Baby shatter I got on the budtender's recommendation was rather average. 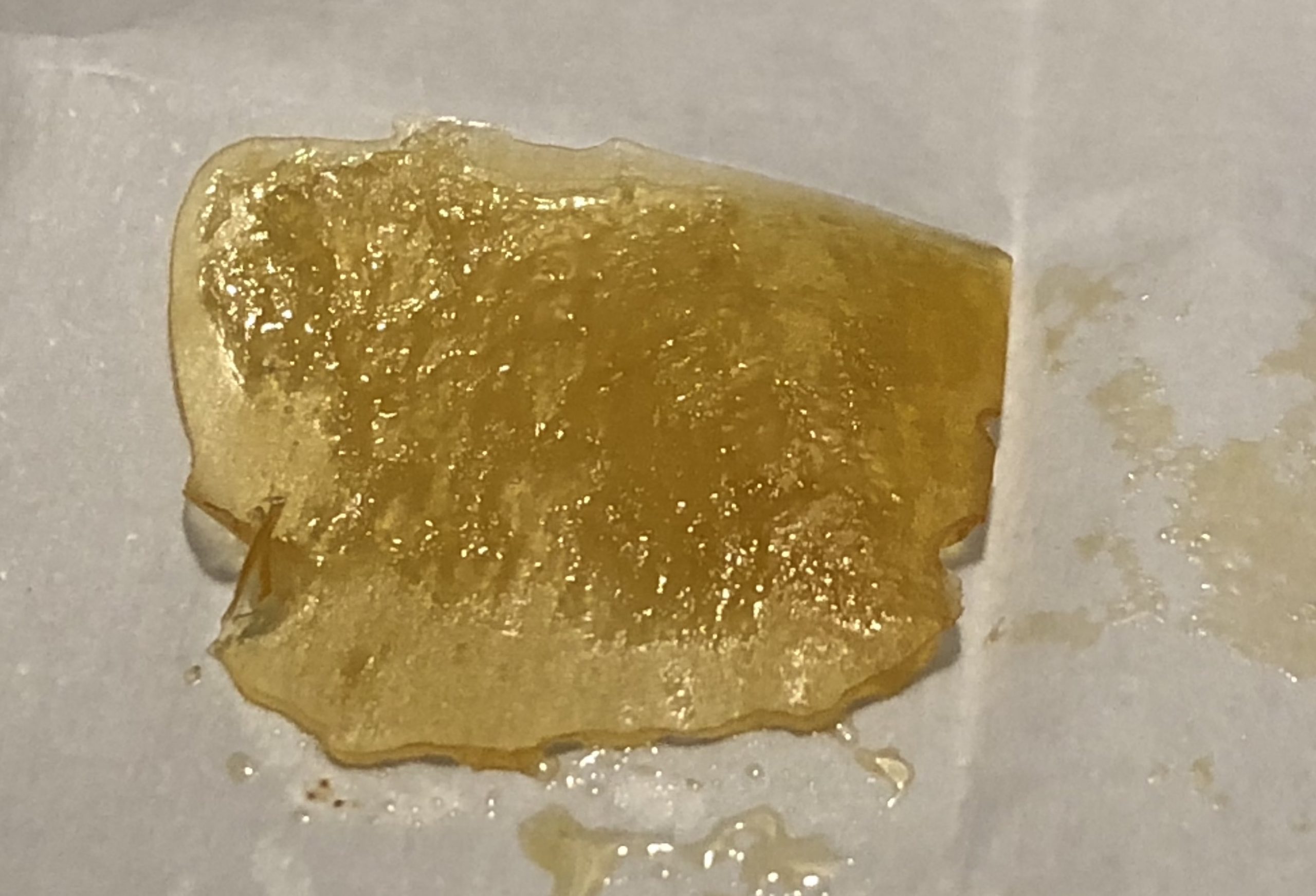 What makes this Medizin shatter average? Well, the color was a bit dull, but you can't, like, smoke a color, man. It's just indicative of trim-run extracts, which can certainly produce adequate potency, but is generally lacking in terpenes, thus smell and flavor. What you do not want in your concentrate is to taste leftover butane or whatever substance that was used to extract it, that should all be purged out of your final product. Medizin's Million Dollar Baby shatter meets this requirement (as far as I can taste) while typifying the absence of flavor found in trim-run. It wasn't exactly smooth dabbing, but I wouldn't call it harsh, either. The consistency was decent- it didn't actually shatter, nor was it sugared. So, average, but there's a lot of clubs that wish they were .500, eh? I'm not complaining so long as the price is fair, but it was a little high at $50/g. I could dig $40-$45. The potency was definitely acceptable. I found this hybrid to lean significantly indica. The buzz runs heavy, as trim-run tends to do, and I was glad for the dark curtains and comfortable room to knock back z's until the heat of the desert sun subsided. [caption id="attachment_11909" align="aligncenter" width="4032"] 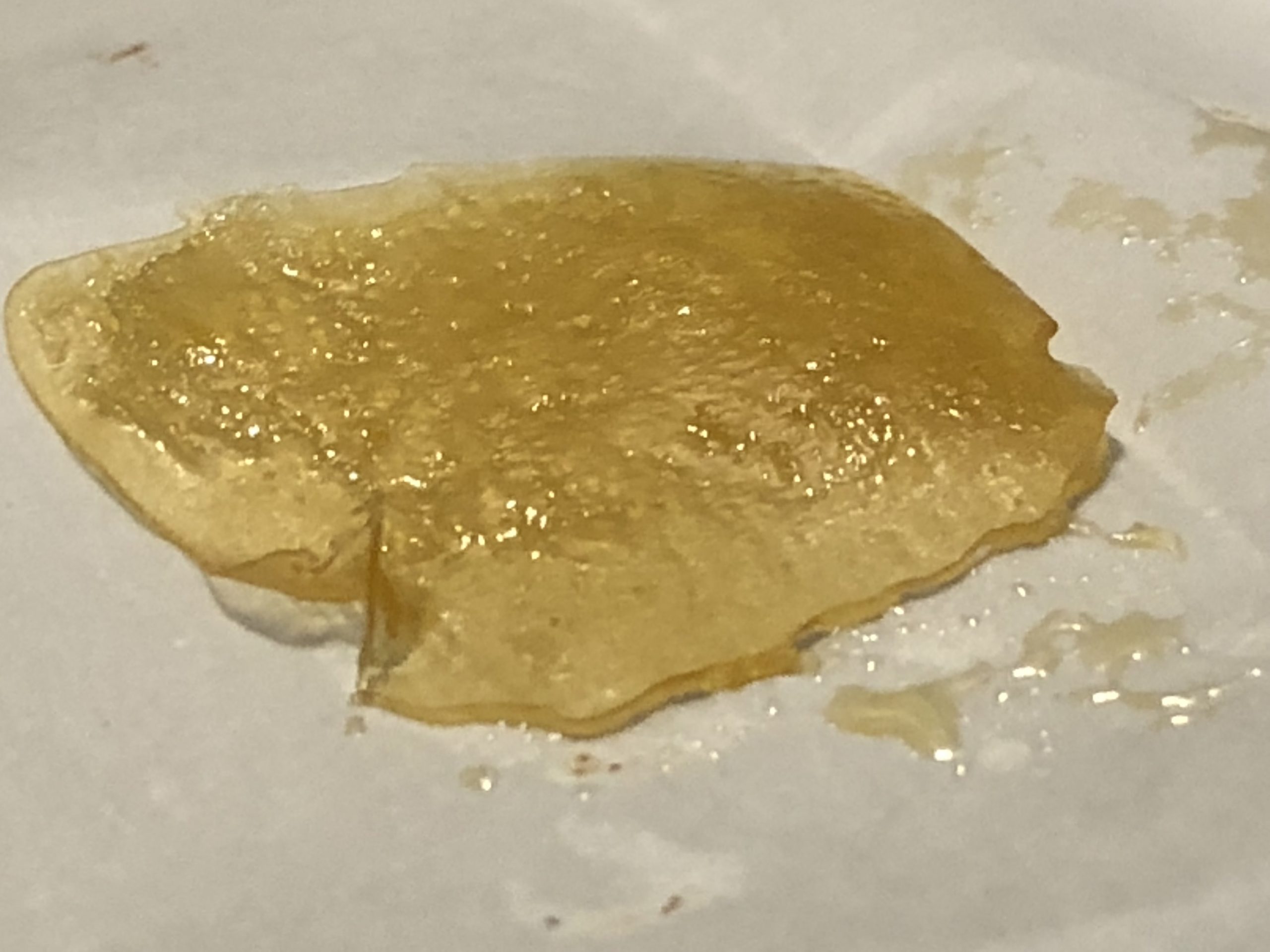 same shatter, different angle[/caption] The Gentleman would absolutely visit the professional, but laid-back Planet 13/Medizin dispensary again (Planet 13 is their recreational/adult-use side while Medizin is their medical side, I think). While their house shatter was a bit expensive for trim, if that's what you're looking for, you could do worse, and they had a decent selection of other goodies to choose from. Oooh, we're getting so close to the Golden Coast I can taste it! Next time for sure. In the meantime, have you signed up to vote yet? If you don't register to vote then you can't vote, and if you can't vote, then Democracy Puppy dies. You don't want that, do you? Then register today, baby!