Gather round, my beatific bonobos, today we'll be reviewing Kind Therapeutics' LucidMood Calm Vape Pen! Kind Therapeutics holds both growing and processing licenses for medical marijuana in Maryland- they grow the Nature's Heritage brand. PLEASE BE ADVISED: Recent news reports suggest there is a risk of severe lung damage associated with vaping. State health authorities are investigating. VAPE AT YOUR OWN RISK! Their disposable vape pens are at a significantly cheaper price point than most other options- around $45 compared to $70-$80 at this point in the program. That's not exactly charity since they're only 200mg (industry standard average is 500mg), but it is nice to have a lower cost option for patients, especially those who may have never tried anything beyond flower. Hold on a sec, I gotta tangent. 'Disposable' is the wrong word here. There ought to be some recycling of these plastic things, right? I'm gonna call a couple dispensaries real quick. One said IDK, the other said there's definitely not a program for it, hold on, I got KT's direct number. Yeah, they said not at this time but they're interested in looking into it. I'm not exactly Captain Planet over here, but it seems like a thing that should be a thing. Right? [caption id="attachment_45732" align="alignnone" width="1000"]

GET YOUR MMJ CARD![/caption] Kind Therapeutics' vape is actually called a Sipper, but that sounds like something you'd give a toddler. Not a fan. Their line of Sippers is called LucidMood because they're all balanced 1:1 between THC and CBD, so you don't get too high. There's definitely a market for products with lower psychoactivity though I strongly prefer high THC to manage the anxiety and depression symptoms of PTSD. The vapes also include Pure Terpenes, guided by the principles of aromatherapy, to further evoke the branded effect- their site lists Focus, Relax, Energy, Bliss, Sleep, and Relief but mine...double-checks...yup, this one is Calm. The terps don't match any of the other descriptions, either- Calm tastes heavily of mint. Way too heavy. Like huffing a candy cane. Why the heck is there so much flavor? 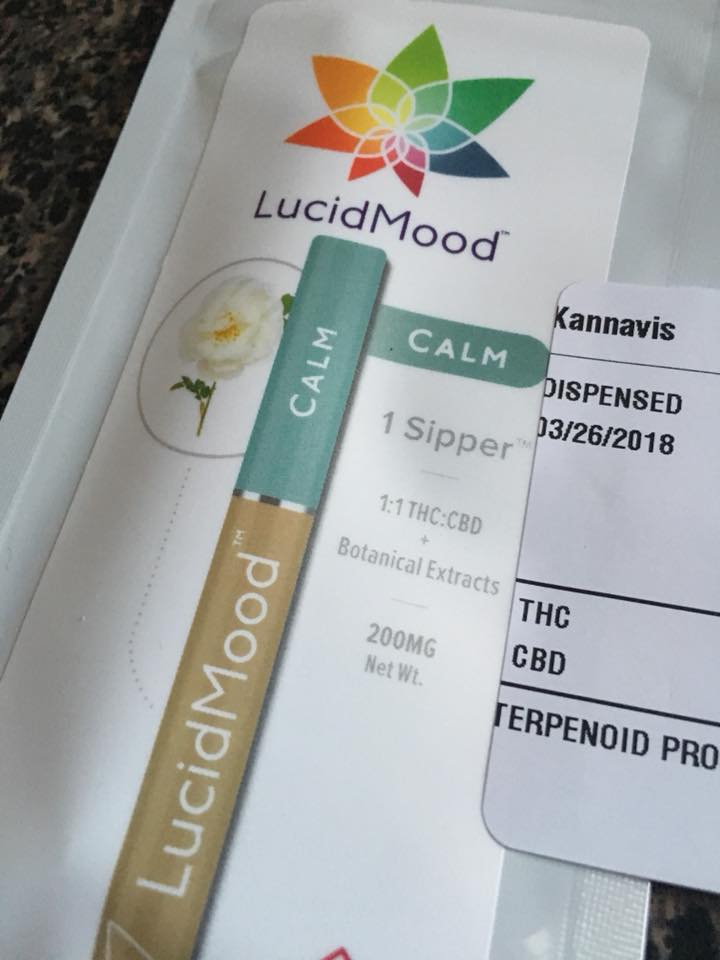 I suspect it's cuz the oil Kind Therapeutics used is, uh, suspect. When I pulled on the cart heavily as long as the battery lets you go, I can definitely taste the harshness they're trying to cover up. By the way, that's about six seconds, which I do not appreciate. I know how long I want to hit the pen for, dude! Perhaps the THC oil is fine, but they're using hemp-grade CBD, which often tastes foul, instead of extracting it from their own flower. Either way, it's a poor first impression. High quality oil doesn't require artificial flavoring to be palatable. 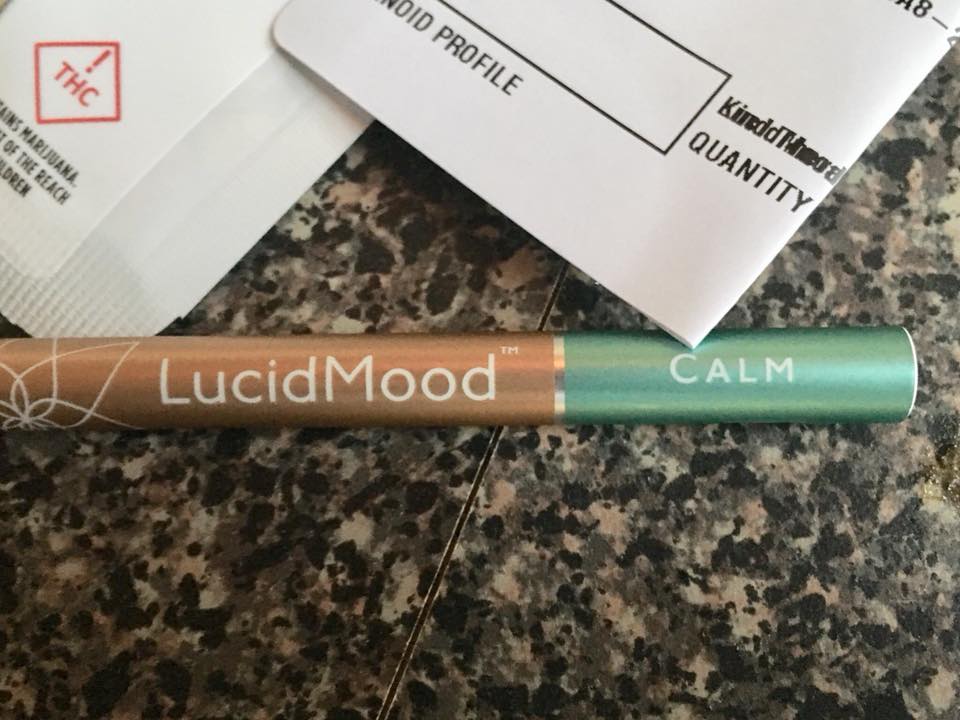 Kind Therapeutics LucidMood Calm vape pen is certainly efficacious. THC is listed at 39.7% and CBD at 40.1%, impressively close to the advertised 1:1. It also has 0.80% CBG. Limonene is the dominant terpene at 3.67%, with alpha-Pinene following at 1.66% and sprig of Myrcene at .28%. After a few pulls, I do feel more relaxed, and my thoughts stop running around my brain like kids at recess, but I don't really feel satisfied. Part of that is that the issue with the battery's governor. If keep hitting it, though, after 5 or 6 pulls my head feels heavy. If I'm already running low on sleep, then it is now nap time. I was hoping this would be good for anxiety during the day, but it's better reserved for the evening. I'd be down to try another Sipper- maybe I got a bunk one- but if this is what the product is, then your Gentleman can hardly recommend it. Longer pulls would be good, but it's the flavor- and the harshness underneath- that really bothers me here. Kind Therapeutics' line of 100% organically-grown cannabis medicines (flowers, concentrates, vape pens, topicals, RSO, and so on) by way of MariMed's Nature's Heritage brand has proven much better quality.