Landrace Labs vs Dogtown Pioneers Heya, folks, it's i502 Drew here with more advice for you jet-setting dabbers that want to see what kind of gold you'll find in the Emerald City! Today, though, I picked up some Strawberry Sugar Wax from Dogtown Pioneers cuz I want to show you what that $25/g wax you'll find around Seattle is all about, then flip to a product I like a lot better, Landrace Labs Strawberry Creme super-critical CO2 (at $35). Ooohh, what’s that Dogtown Pioneers aroma? Strawberry strains are a favorite of mine but I still have the same reaction every time I haven’t smelled one in a while: this doesn’t smell like strawberries! The strawberry strains don’t have the stunning aroma of, say, blueberry strains, but instead more familiar OG Kush aromas with a distinctly yummy berry twist. [caption id="attachment_2479" align="aligncenter" width="2448"] 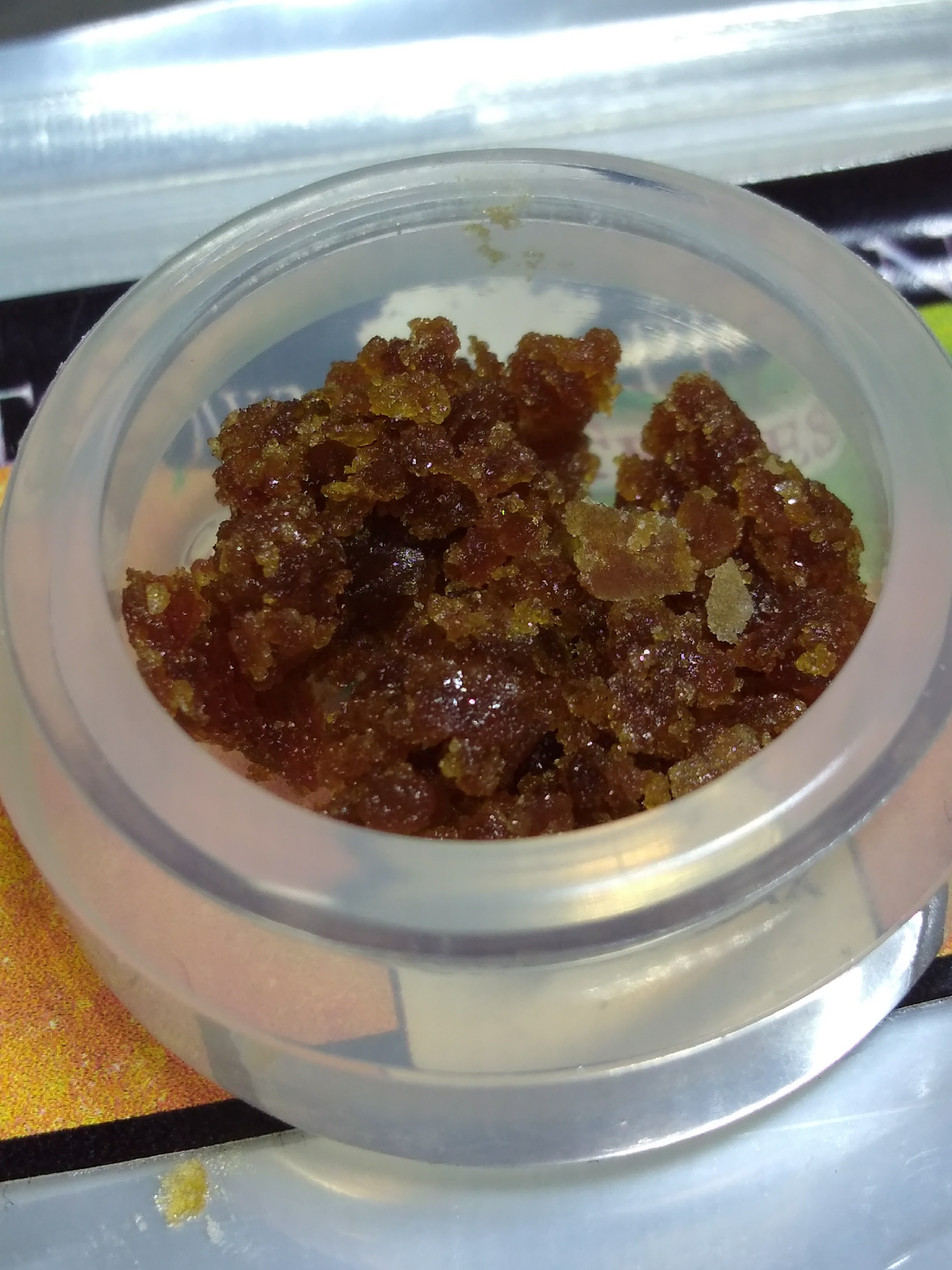 Doesn't that look...um...uh...yeah.[/caption] The taste of Dogtown Pioneer wax is...not quite there. Instant headache. Regrettably, the cheap oil lobby had a recent victory in Washington State. The original limit for residual butane was 400 parts per million, which is probably around the threshold before the taste is noticeable, even with a terpene rich extract. Now the limit is 4,000 ppm and- hold on, I think I feel a butane bu- Urrpph- Aahhh that’s a little better- that oil melted like hot butter at a low tem and dissipated abnormally quickly. Cool? No way. That nifty disappearing act comes courtesy of residual butane because- UuUrrpp- solvent-free extracts simply don’t melt that fast. And, yes, you can add that to list list of reasons you should check your dabbing temp (if you have a laser IR thermometer, that’ll give you a pretty good idea, even with a non-wick vape pen). 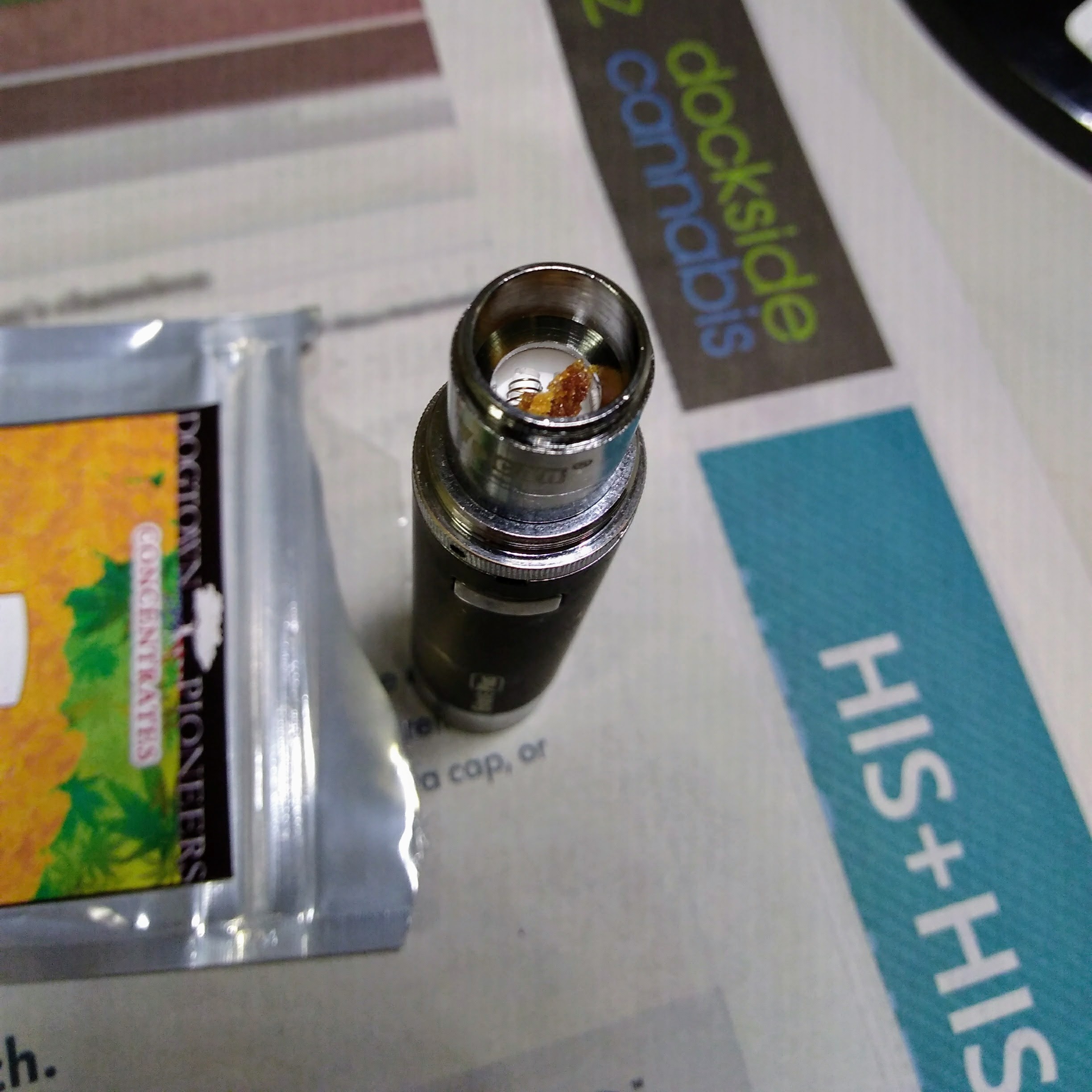 As I was saying, extracts in Washington State now allow up to 4,000 ppm, presumably based on a decades old OHSA study reporting no adverse effects from two weeks of daily 8-hour TWA (time-weighted-average) exposure between 4,000 ppm and 10,000 ppm. Interestingly, lower scores on visual acuity tests weren’t considered “adverse effects”, but let’s cut to the chase: inhaling n-butane gas is not very toxic, however, the health concern is the inhalant toxicity of propellants and other impurities that exist in commercial n-butane. Secondly, let’s stop using the maximum allowed concentrations for dangerous industrial jobsites as a starting point for expensive medicine and recreational herb. Can we at least mandate a “contains residual solvents” disclosure? It’s no different than the “contains sulfites” labeling on wine bottles and hey, it just might help the world distinguish the effects of inhaling cannabis concentrates from the effects of inhaling dirty industrial solvents. 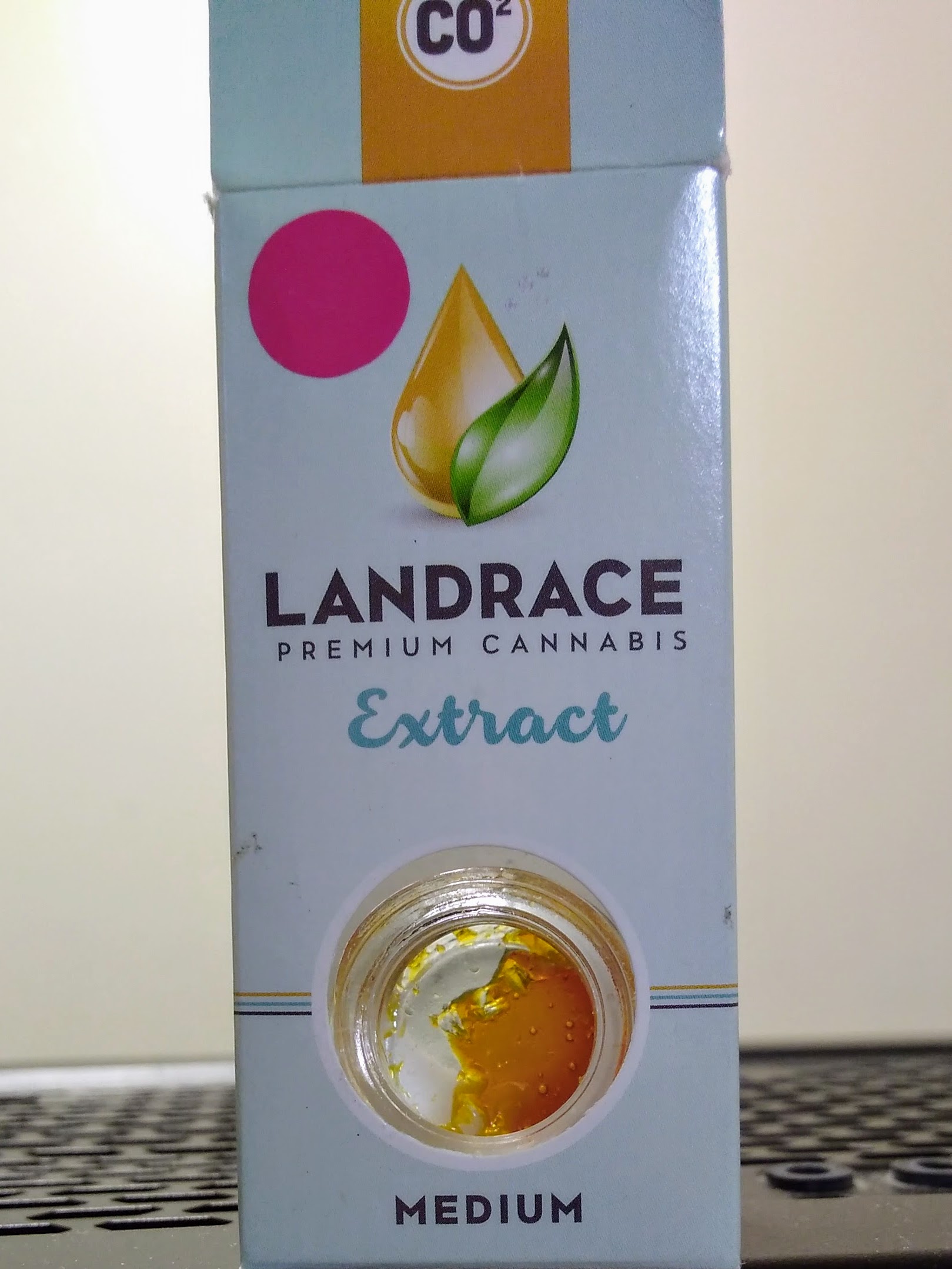 So while $25 grams of concentrate seem cheap, once you factor in lipid content, residual solvent, and poor starting material, Dogtown Pioneers isn't exactly bang for your buck. For example, cheap oil leaves behind tons of sticky black residue on the coils of my vape pen. After vaping less than half a gram, the coils take several extra seconds to heat up which not only wastes battery, but also makes the vapor taste like the inside of an ashtray. That means either a looong soak in alcohol or an aggressive q-tip cleaning that doesn’t really get the job done. Time is money, folks, and more money means more dabs! If you simply can’t be convinced to spend a minimum of $40 per gram of BHO, you may be interested in other extraction methods that are reaching maturity, namely supercritical co2 extractions like this one from Landrace Labs: [caption id="attachment_2481" align="aligncenter" width="2394"] 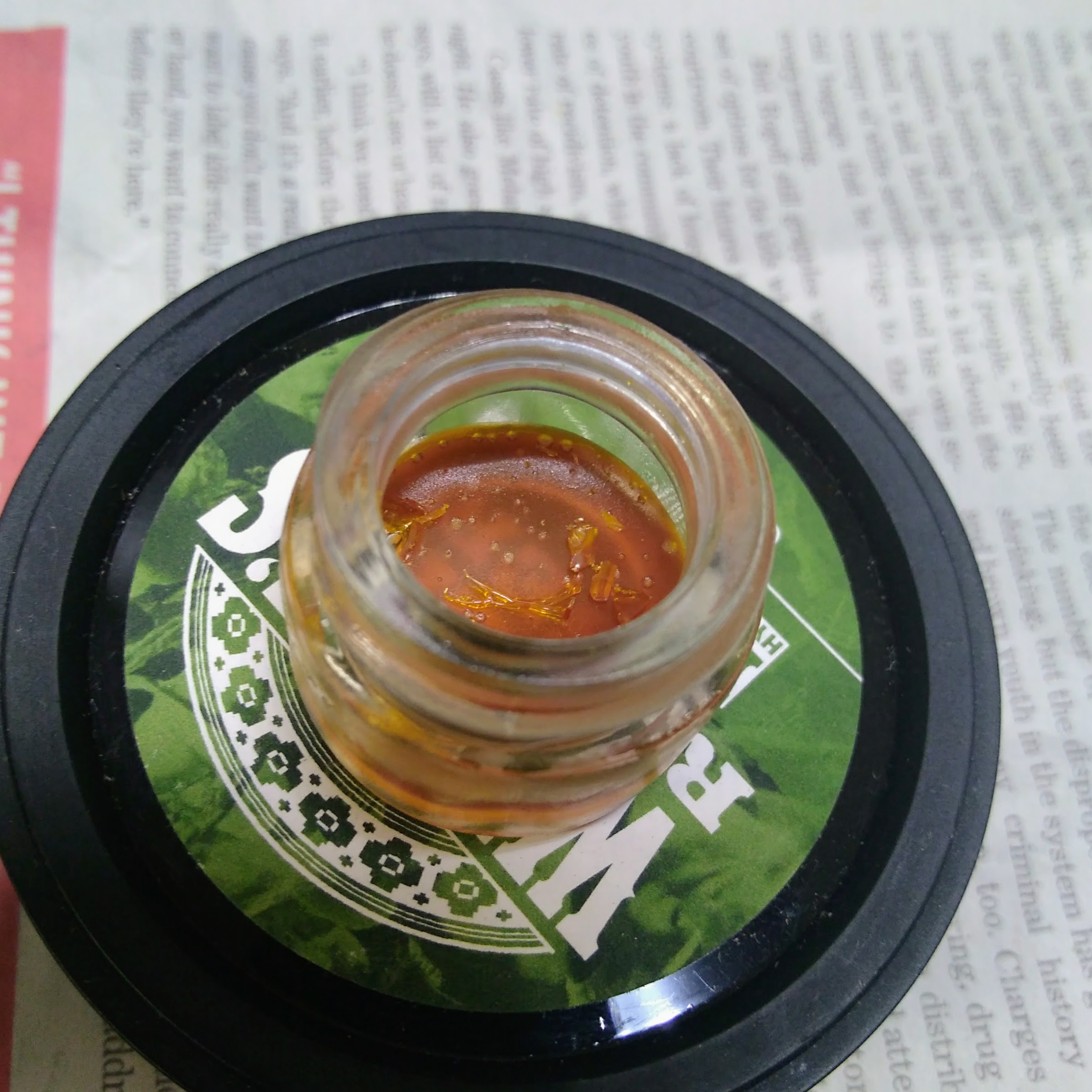 Lid is unrelated to either this review or the syringe of Anti-Pickle Serum hanging above me.[/caption] Why? CO2 oil doesn't have the residual solvent problem and these days and it’s generally more affordable than BHO. It’s sorta like this: CO2 oil is to BHO as bubble hash is to rosin. Before exemplary flavors of rosin were available, the muted, earthy, taste of hash was like, creme de la crem, baby! Smoking something that literally tasted like fresh fruit might invoke allegations of artificial flavoring. These days, I complain when cheap strawberry cough BHO smells like OG Kush and mixed berries, but not really like strawberries. Yeesh!  Anyway, I need a reminder every once in a while that I'm setting fire to a plant. Plus, I'm starting to dig the natural complexity of CO2 extractions. You Gentlemen do prefer a nice whiskey to peppermint schnapps, right? One more thing! If you are finding it very tricky to handle the sappy consistency, try storing it in the fridge. Currently, Local Roots Everett has the best selection of Landrace Labs products, so what are you waiting for? Traffic? Oh, right, good point, be wary of Seattle-area rush hour!