Ghost Hulk Live Rosin (710 Labs) Alright, it's time to catch y'all up on my adventures and my purchases along the road, like this incredibly smooth Ghost Hulk Live Rosin from 710 Labs! It's been a lifelong dream of mine to drive across the entire United States and I am having the best time, you guys. It's everything I thought it would be. The first two days were hard-charging, thirteen hour shifts across the heartland via I70, the first of which got me just north of St Louis, the second to the Colorado border. 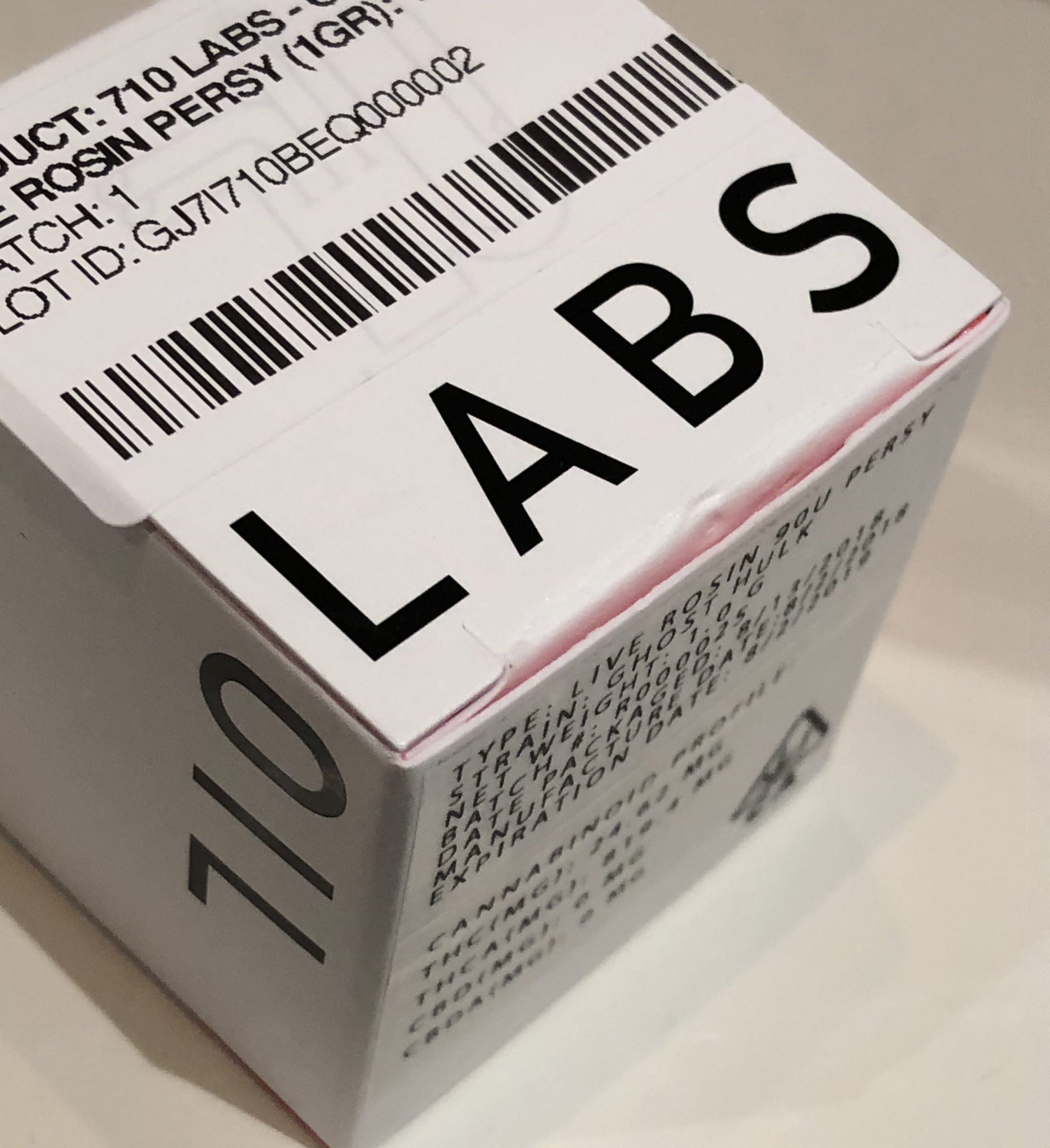 In Kansas, the last state to cross before I reached the safe haven of Colorado, the Gentleman faced the Sphinx. He came at me with terrible riddles and vicious claws, and I proceeded to fail at least half my Charisma checks. Driving at 70+mph for hours on end makes me feel like I'm still moving even after I've stopped, and I have a hard time talking with people who are standing still. I was only going, eh, six or seven mph over the limit, and driving in the left lane cuz there wasn't a sign saying not to, unfuckingbelievable, with the windows down, my long hippie hair whipping carelessly around in the wind like a commercial for fucking Freedom, man. I got profiled for being entirely too cool to be in Kansas is what I'm saying, and I had to let him search the car. He caught me flat-footed, I admit. My anxiety is supposed to help me get ahead of these kinds of situations- I mean, I've considered what to do if suddenly attacked by an alligator or sudden thermonuclear apocalypse, but not what I should tell the cops I do for a living if I get pulled over traveling with out-of-state plates, which was much more likely in hindsight. Anyway, that sucked, but when he realized I wasn't the drug-dealing droid couriering stacks of cash he was looking for, he didn't care about any small amount of contraband a medical card-bearing Gentleman may have had in his possession, which I do appreciate. But if you guys in Kansas are looking for cash, howwwww about legalizing marijuana? Just an idea. Think it over, get back to me. 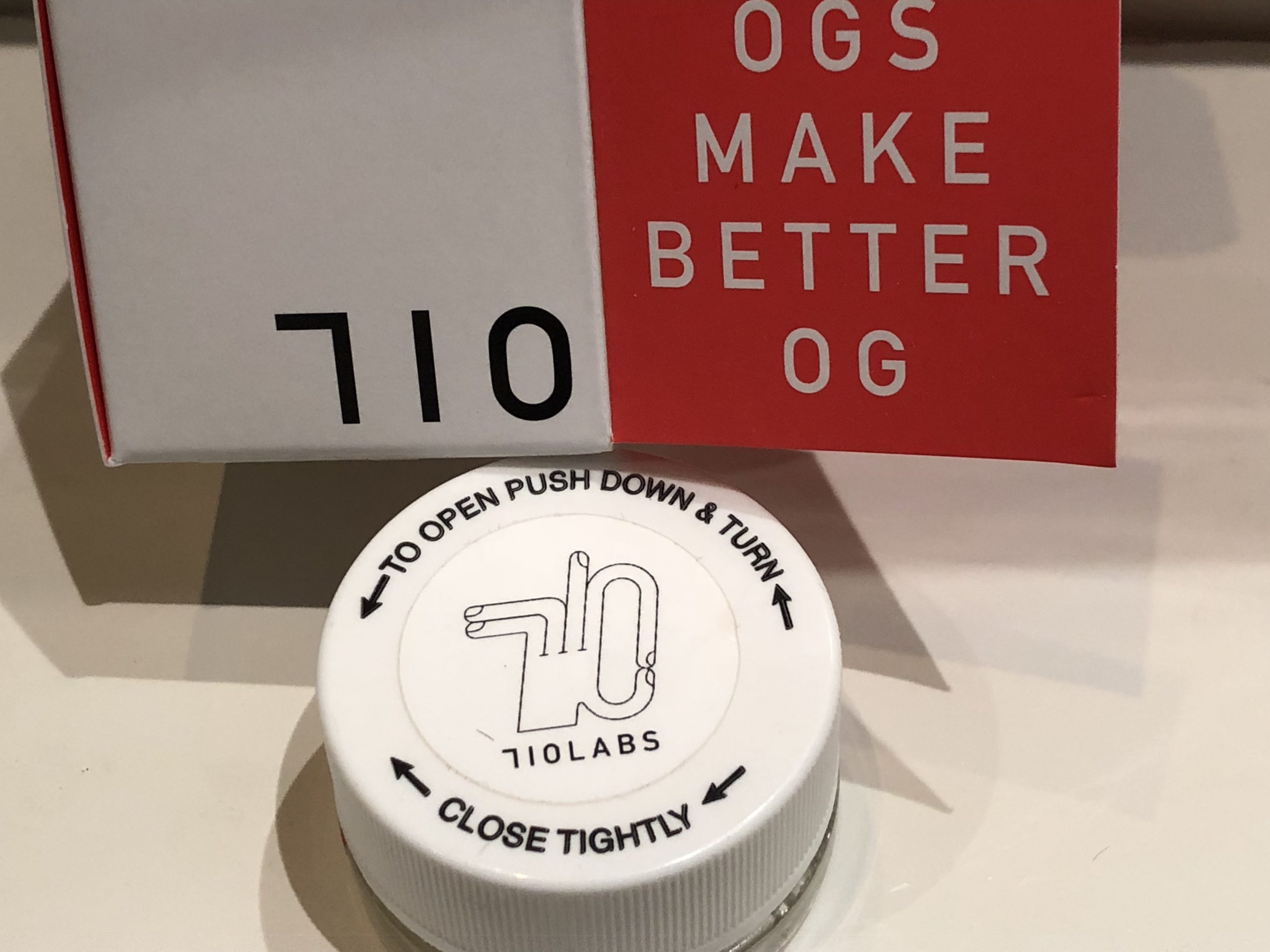 Oh, would you look at the word count, I've gone and ranted too long. On to 710 Labs Live Rosin! Yes, that's correct, live rosin, not resin. That means that they took the freshly-frozen buds and squished 'em into rosin instead of running through a BHO or CO2 extraction machine. Rosin-processing just uses heat and pressure to get the lovely oils from cannabis flowers, so you literally can't get a cleaner extract. Sometimes you give up a little potency in the process, but you generally keep more of the beneficial and flavorful terpenes, so it's a fair exchange. This Live Rosin from 710 Labs, though, is on another level. The strain I got is Ghost Hulk, but the budtender at Connected San Francisco let me sniff the Kimbo Kush, too, and it was a hard decision. Almost $100/gram and absolutely worth it. It has an amazing nose, like raspberries off the vine, and smokes like silk. I feel like the Great Gatsby dabbing oil of such obvious refinement. This hybrid definitely leans toward the sativa end of the effect spectrum- my mood is greatly improved, my physical and mental energy levels remain in their natural state (doesn't put me to sleep in the day or keep me up at night), it doesn't agitate my anxiety at all, and it feels like I've picked up a Laser-Focused perk temporarily. I can't think about anything else than what I'm doing, which is this, or it was, cuz I'm done now, almost. 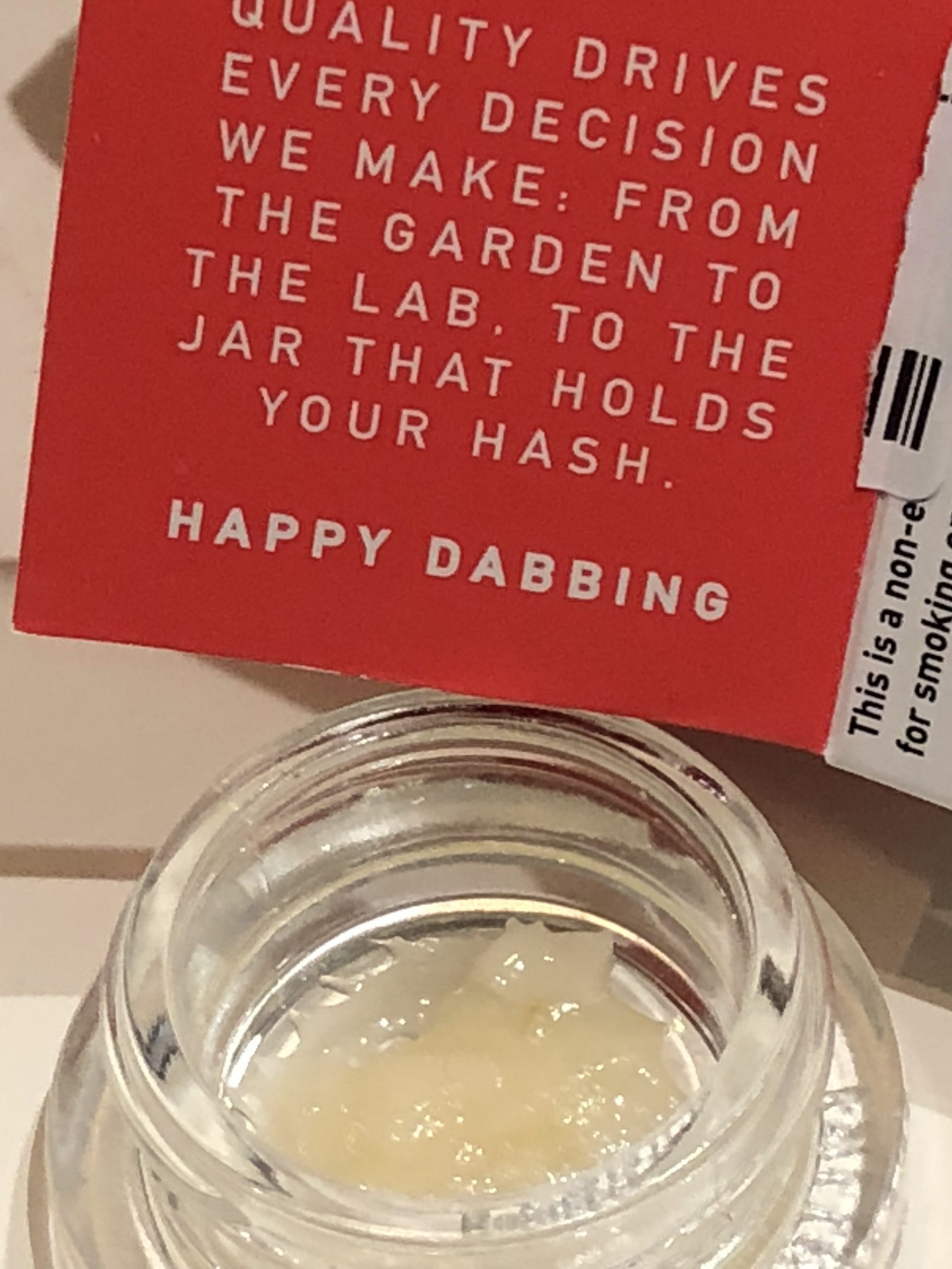 Absolutely love this 710 Labs Live Rosin, guys. If you want to smoke like a freakin' Kardashian, make sure you pick some up when you're visiting Cali. I'd give the Connected store in San Francisco a pass, they were not very friendly or enthusiastic or cool when I stopped in. Every place I've been everywhere has been nicer, lol, but they did have this 710 Labs fire (and notably, none of their own house Connected line in stock for concentrate and only one flower).