The royal G. Toker recently noticed that I haven’t been reviewing anything but concentrates. “Too much cannabis oil”. HAH! Lay off the Fake News, will ya? I love combusting inflorescence! You ladies and gents know that. It’s just. . . Lately I have a very particular preference for Blue Dream or GG#4 grown by Jungle Boys. That’s all! And since those flowers are hard to find, I end up intoxicating exclusively vis a vis boiled gasses, ya feel me? It’s a health thing, too! If I could stop eating donuts and drinking coffee I’d be less concerned about my other habits, dickhead!  Okay, okay, look here. Every time I go looking for a damn lighter, there happens to be a vape pen handy, and that means I don’t need a lighter all that badly anymore. What’s the big deal with smoking like a caveman, anyway?  I’ve seen bigger deals, I’ve made bigger deals, believe me. All over! Deals everywhere. The best- And you know what? I think Gabriel Cannabis is the biggest- believe me, I deal in big deals- the BIGGEST deals. . . [caption id="attachment_2601" align="aligncenter" width="3264"] 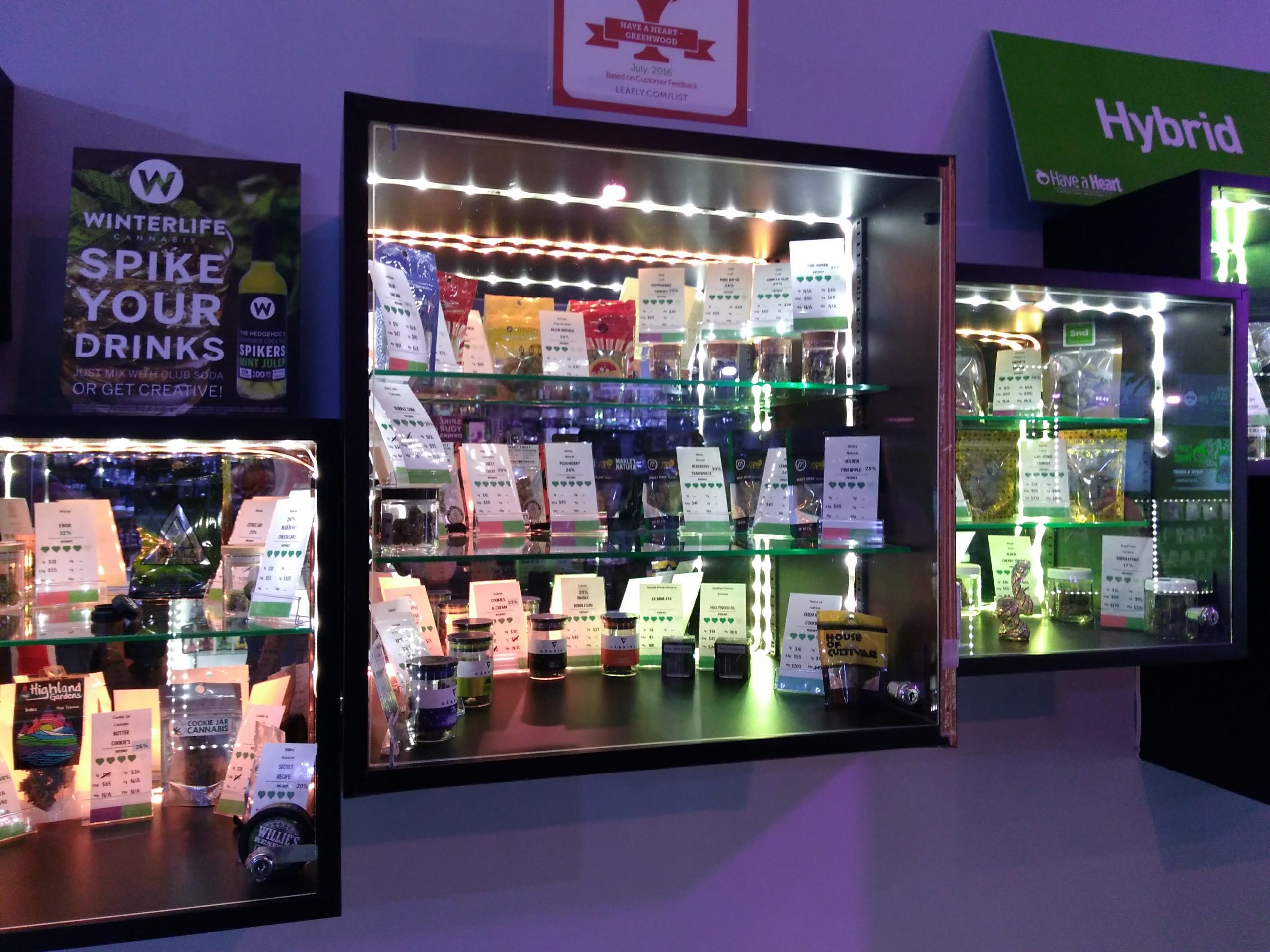 Have a Heart Fremont, Seattle[/caption] Aw shucks, maybe I do have a have a lighter laying around somewhere. Lemon OG has been hitting the spot for me ever since I discovered this about its terpene profile: it has significant concentrations of both alpha and beta pinene, which is a relatively rare trait it shares with Washington’s favorite strain, Blue Dream. More so than the Big BD, however, Lemon OG has proven to be my favorite ‘anytime’ or ‘all day’ choice. Wake n’ bake or bedtime bong rips, it’s never a problem and always relieves stress without being quite as immobilizing as a sizeable dose of Blue Dream can be. 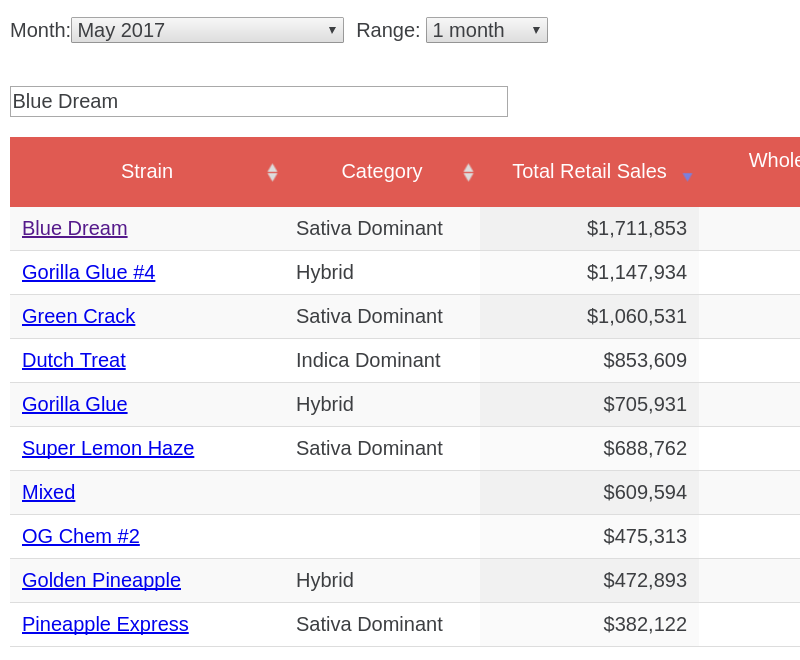 The last time I tasted Lemon OG it was in the form of terp sugar extracted from sun grown material. I loved it, but any hint of lemon was overpowered by a blend of earthier flavors and touches of black pepper. Granted it's apples to oranges comparing flowers with extracts, but there's something more 'sophisticated’ about the Lemon OG from Gabriel Cannabis. Each flavor seems to float about your mouth on its own, waiting for you to notice it without blending into the rest. That is, unless you’re smoking a pipe in the wind and it blows fire and excess lighter fluid onto the herb. Dammit! [caption id="attachment_2602" align="aligncenter" width="2448"] 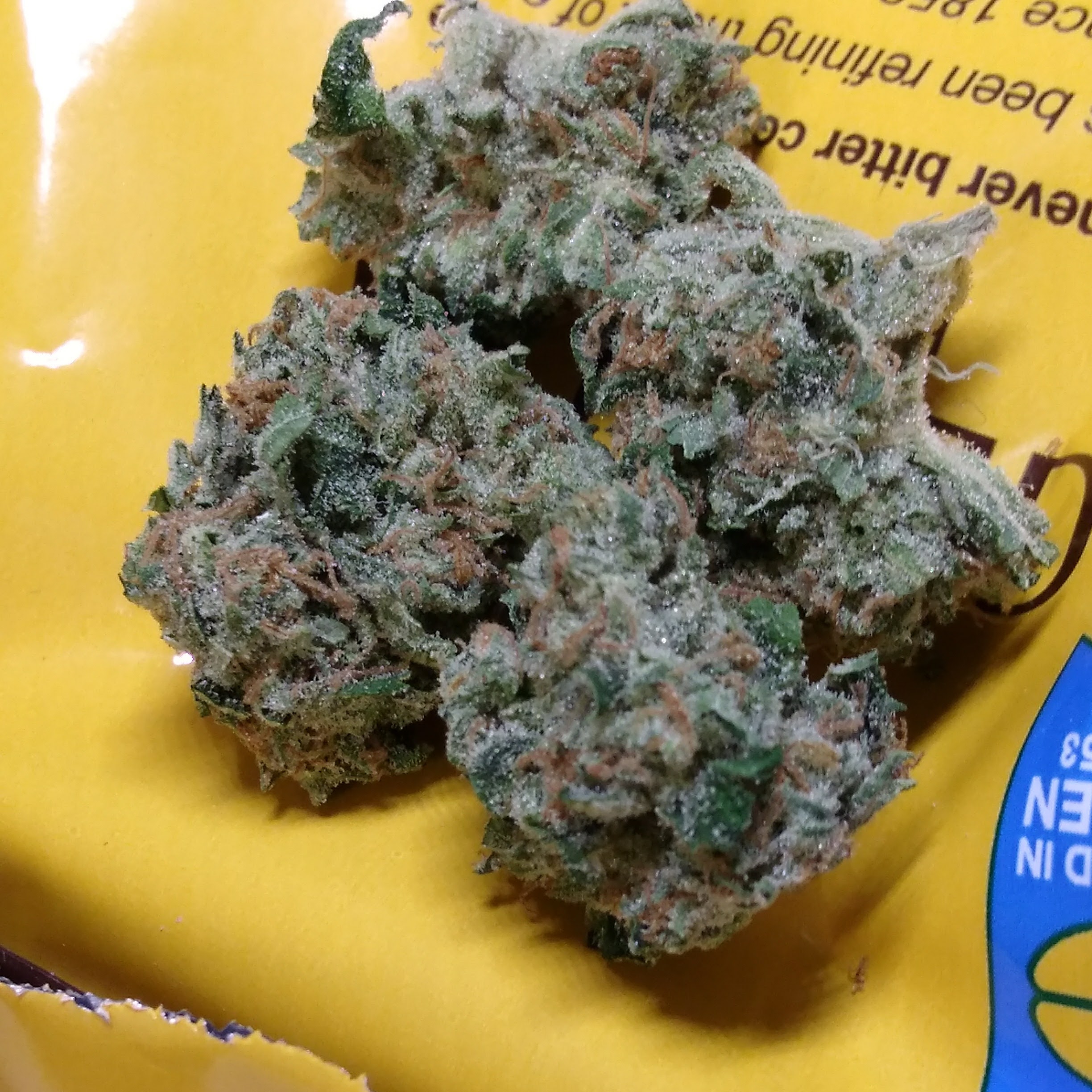 Nice frosty covering on fully dried and cured nugs[/caption] Perhaps Mother Nature was making one of Her furious, bitchy points. To really appreciate the finer points of indoor-grown herb, it helps not to torch the stuff trying to light it. If you want to taste all the flavors of your herb, temperature matters whether using a vaporizer or smoking the traditional way. Keep in mind the typical lighter also emits some pretty nasty stuff. I try to minimize the amount of time the herb is exposed to lighter flames and most of all, avoid turning the lighter upside down over a bowl (because lighter fluid is heavier than air). Slow, shallow puffs instead of long, continuous drags will keep the temps down enough to tickle your tastebuds! 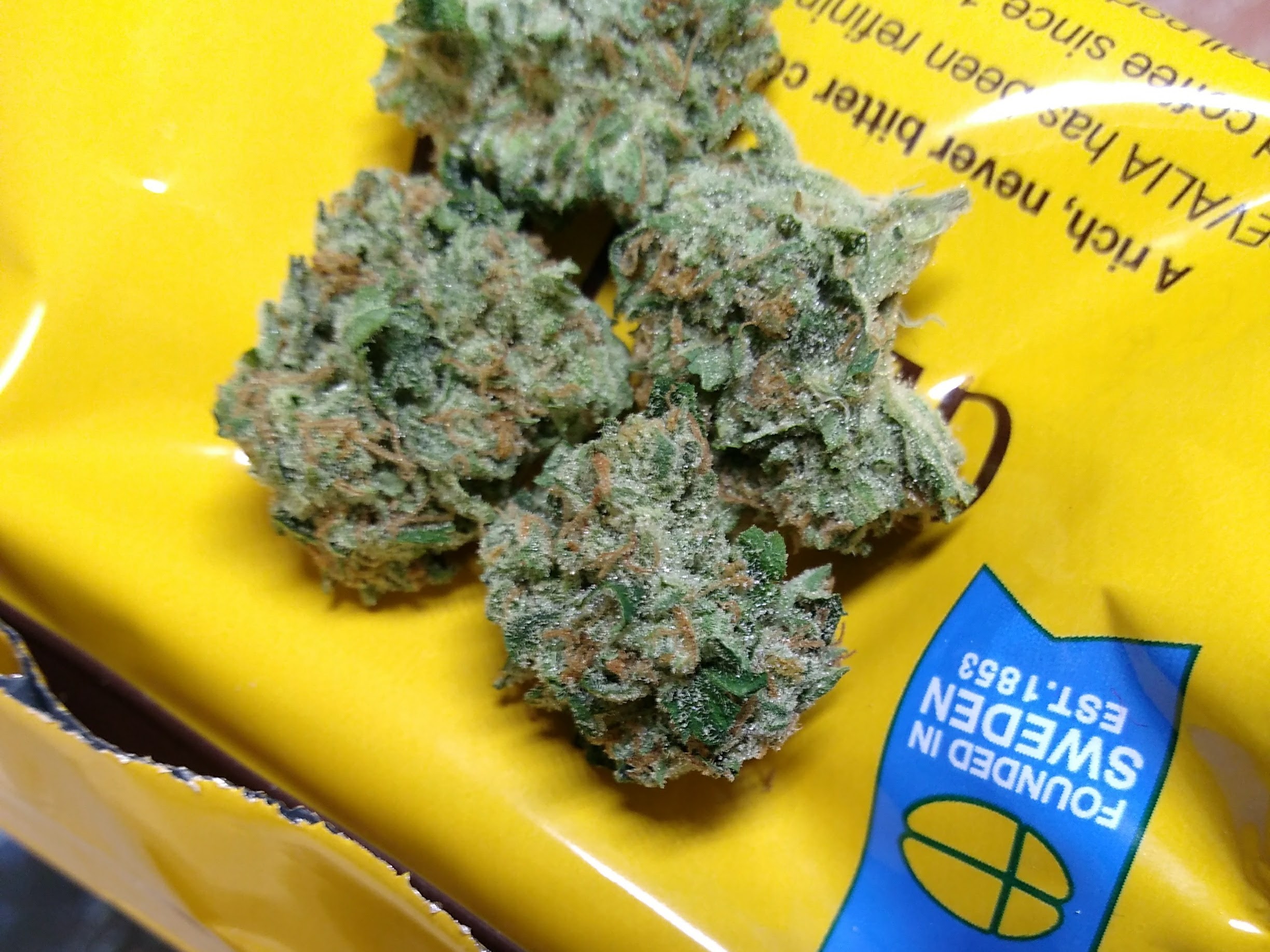 Is Gabriel the best weed available in Seattle? It’s definitely top tier smoke at the price of $25 for two grams and it actually comes with a nice airtight jar. Plus, it was sinsemilla through and through. I hate that I’m even saying that, but the region’s unusually high heat has caused an alarming amount of indoor crops to “hermie”, or start producing male organs (seeds). So what is wrong with Gabriel Cannabis? The potency labeling doesn't represent a super-high level of integrity. I don't think it's 29% THCA. Not even close. Good cultivars just don't have that much THC, but unfortunately that's the people's assumption. Thus, testing labs here are asking their clients what percentage they “expect” and then charging accordingly. DO NOT BE FOOLED. 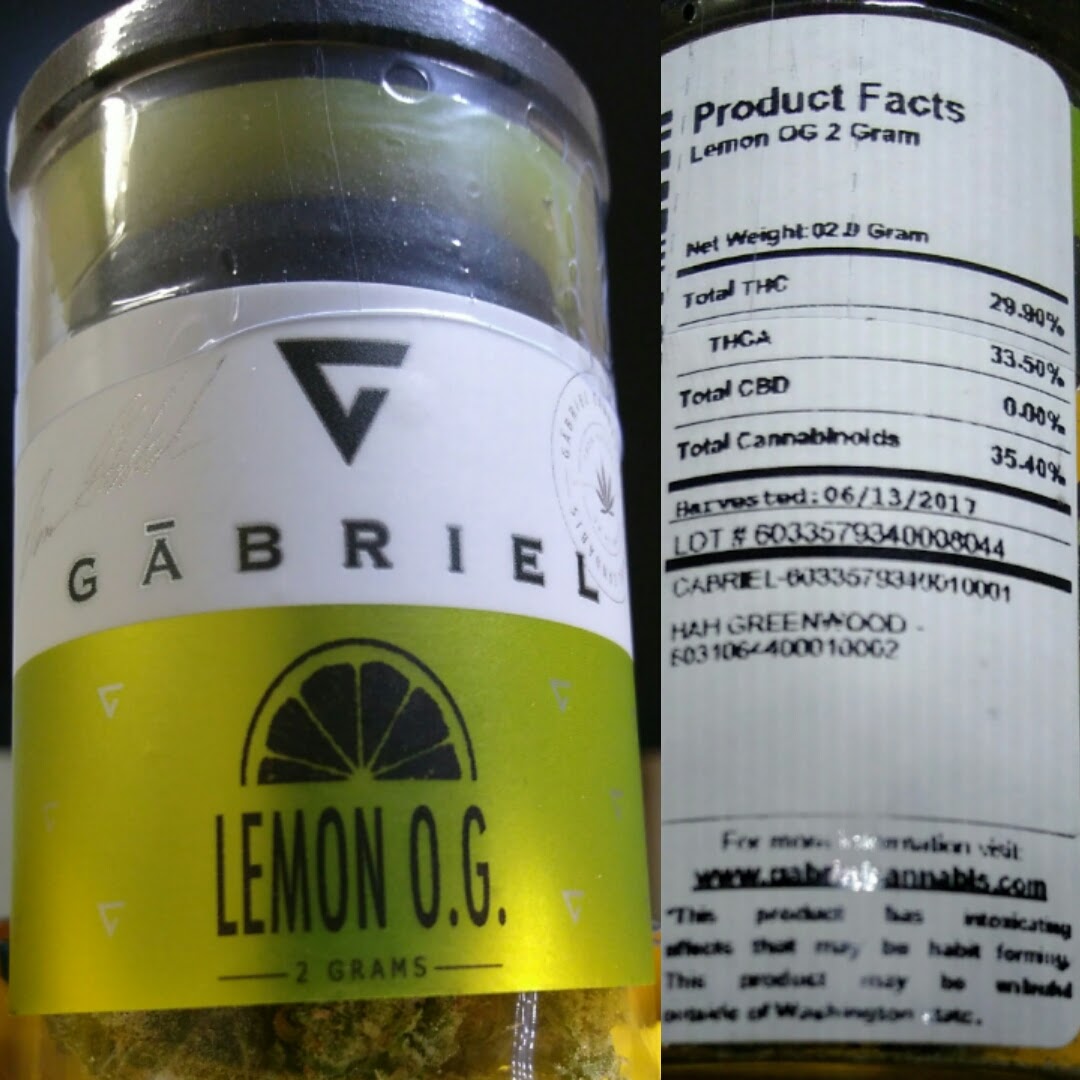 I'm not gonna point the finger now, but what's for sure is that using the arbitrary term “Total Cannabinoid” is a cheap way to artificially boost potency numbers. The way a Gentleman sees it, there’s two ways that a business can deal with the fact that marijuana is still federally illegal. One is to show that state-run markets are responsible enough to comply with would-be federal guidelines. The other is the sort of thing we see here: deceptively marketing artificially inflated potency values using an FDA labeling format that we subconsciously trust. Yup, I diss on top shelf buds just because the potency values are misreported. Gabriel has assured me that they have switched testing laboratories, which is a step in the right direction. Ultimately, it’s up to each of you to decide for yourself what you want legalization to be! I know where I stand. Until next time!