I’ve written a lot about how the California legal recreational cannabis scene is influencing the DC market. I’ve also alluded to there being an underground scene of growers cultivating some seriously dank weed right under our noses.

Under I-71, DC allows households with two or more residents to grow up to six mature plants. If they’re trained right, six plants can produce a pretty large canopy, enough to keep any enthusiast set for months from a single harvest. Savvy cultivators might also take cuts of their plants, and root them in soil or rockwool for cloning. By growing with trusted genetics and staggering planting cycles, cultivators can achieve extensive plant libraries, and eventually breed their own genetics if they so choose.

Skilled home cultivators are able to grow flower on par with or even better than what you can find at retail stores in California or Colorado. They’re able to exert control over their environments, and are generally not held down by stocking deadlines. In almost any area where you can buy cannabis from a rec dispensary, there are always going to be traditional-market cultivators bringing the game to a whole new level, and DC is no exception. Here are three growers who are ahead of the curve, and on their way to helping the DMV cement a reputation for top-notch cannabis.

Paccbwoi landed on my radar earlier this year through an I-71 vendor who is a mutual friend. Paccbwoi and a close friend have been growing together for about seven years. They mostly run seeds from Exotic Genetix, who are famous for their Cookies & Cream (Starfighter x ’09 Cookies) crosses — namely Grease Monkey (GG4 x Cookies & Cream) and Strawberries & Cream (Cookies & Cream F2) — as well as other breeders like Twenty20 Mendocino, Humboldt Seed Company and Seed Junky Genetics.

All of Paccbwoi’s meds are grown under LED lamps in Fox Farms hot soil, which is a nutrient-rich soil that’s a great option for beginner and intermediate growers alike. They also occasionally add natural amendments, and limit feeding to when the leaves show that the plants need it. 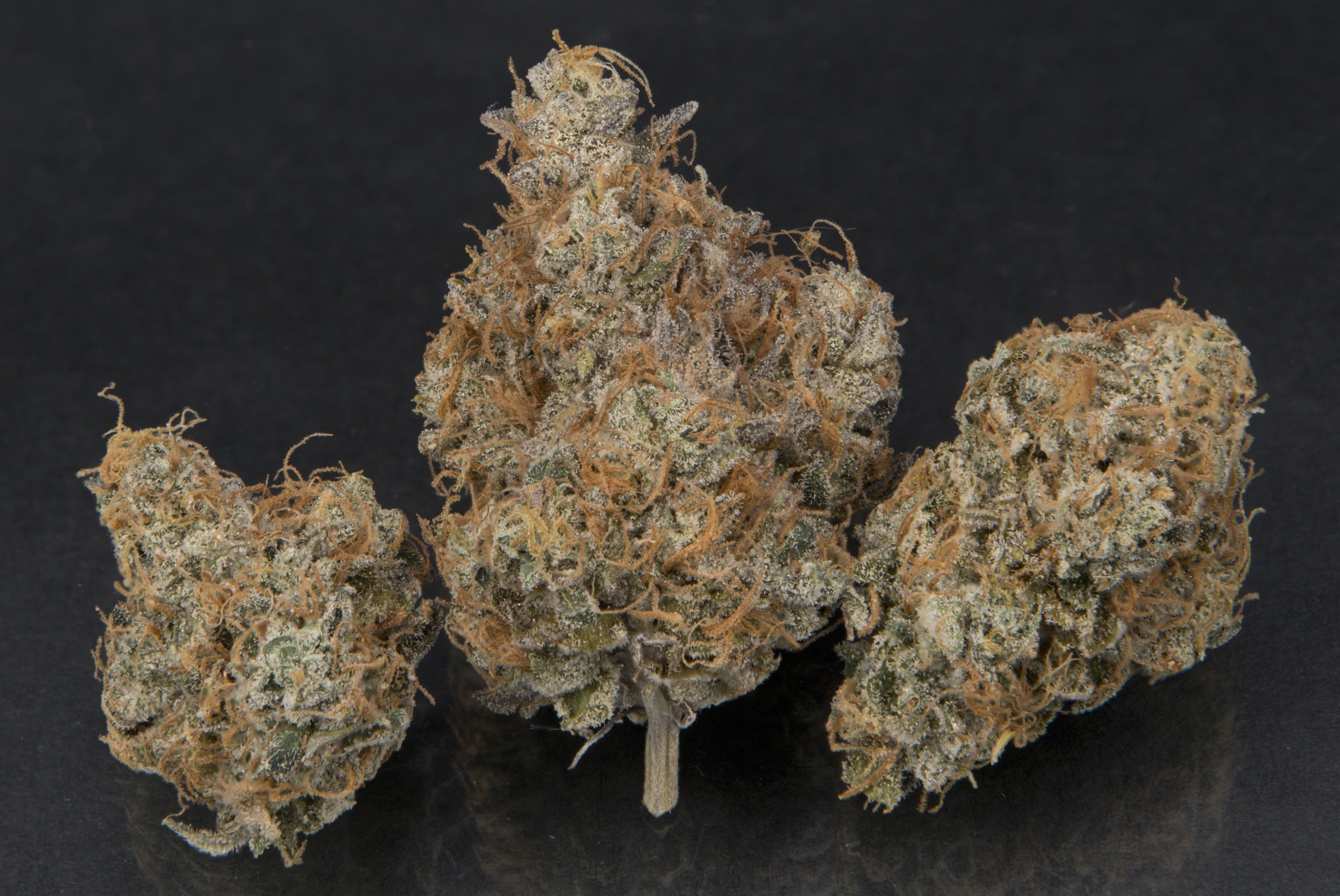 I’ve tried six different strains from Paccbwoi and none of them have disappointed. Their Red Runtz (Red Pop S1 x Runtz) was not only some of the freshest flower I’ve had, but was also the second most potent cut of Runtz I sampled, out of 15 so far this year. Cultivars like Lemon Drip (Grease Monkey x Lemon Tree) and Chocolate Marshmallow (GG4 x Mint Chocolate Chip) burst with flavor, burned clean and smoked smoothly. Paccbwoi also likes to smoke bud as fresh as possible after drying, so you can guarantee his flower is fresh every time. Find him on Instagram: @paccbwoi202

I first caught a glimpse of District Homegrown's work when it was promoted by customers of District Florist and Groggy Grocer. His hypest strain so far is PuTang (Star Pupil x Tangie F1) bred by Mass Medical Strains. It’s known for being crazy purple, and incredibly loud. 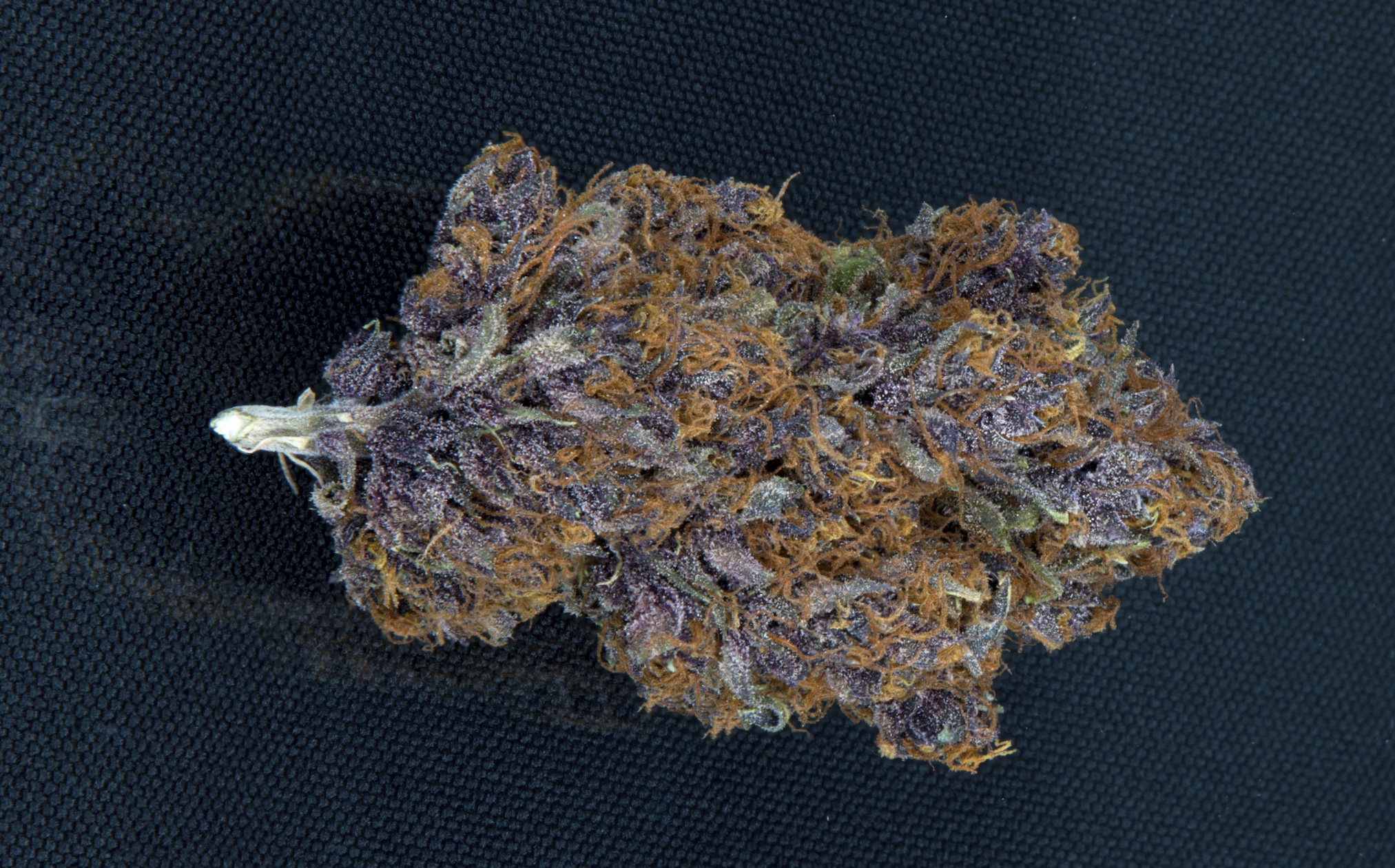 After DH joined the local Discord server, he showed us his setup on a video call. It consists of a number of Luxx LEDs and Timber Grow Lights COB LEDs, and 15-gallon pots with plants under a ScrOG, or screen of green — a string net that spreads a cannabis plant into a canopy under lights. Because DH mostly runs pheno hunts with his grows, he only grows out one or two strains per harvest. The first strain I tried from him, Bubble Butt (Indiana Bubble Gum x GSC (IC Mag Forum Cut)), was one of the best samples I’d had in my life, and I got exceptionally lucky on the draw by scoring one of the top nugs of the Bubble Gum leaning expression of the hunt, which he dubbed Pink Gum. I also tried PuTang, and while it wasn’t exactly the type of smoke I was looking for, it had unmistakable eye appeal with its purple hue and trichome coverage. It had an unbelievably pungent orange tang and was also quite potent. Over the summer, he also grew out Mandarin Cookies x Purple Punch and Purple Pakistani Chitral Kush #7 x Bubba Kush, which both had pretty strong expressions, great flavor and unique scents.

DH’s newest endeavor is his Sour run featuring Silver Coast Sour (Chem 91 x AJ Sour Diesel) and Silver Coast Chem (Headband (Notsodog’s Original Diesel) x Chem D), which he’s about to harvest. He describes the scent as having distinct floral and fuel notes, and being especially pungent. If you’re a big East Coast Sour head, you’ll definitely want to follow what District Homegrown is up to. Find him on Instagram: @district_homegrown

Formerly known as Goyard Gardens, Goyaad Pak is a two-man operation growing in a residential garden. The team works with a set of 15 Luxx LEDs (the same kind you see in 1000-light warehouse grows in California) and organic living soil into which they mix natural amendments. They also apply compost tea, and mist nutrients onto their plants, which they say reduces stress during feeding. Deeply embedded in the IC Mag forum culture, Goyaad has forged connections with elite cultivators from all over the world, which has landed them with some of the most elite cuts available. 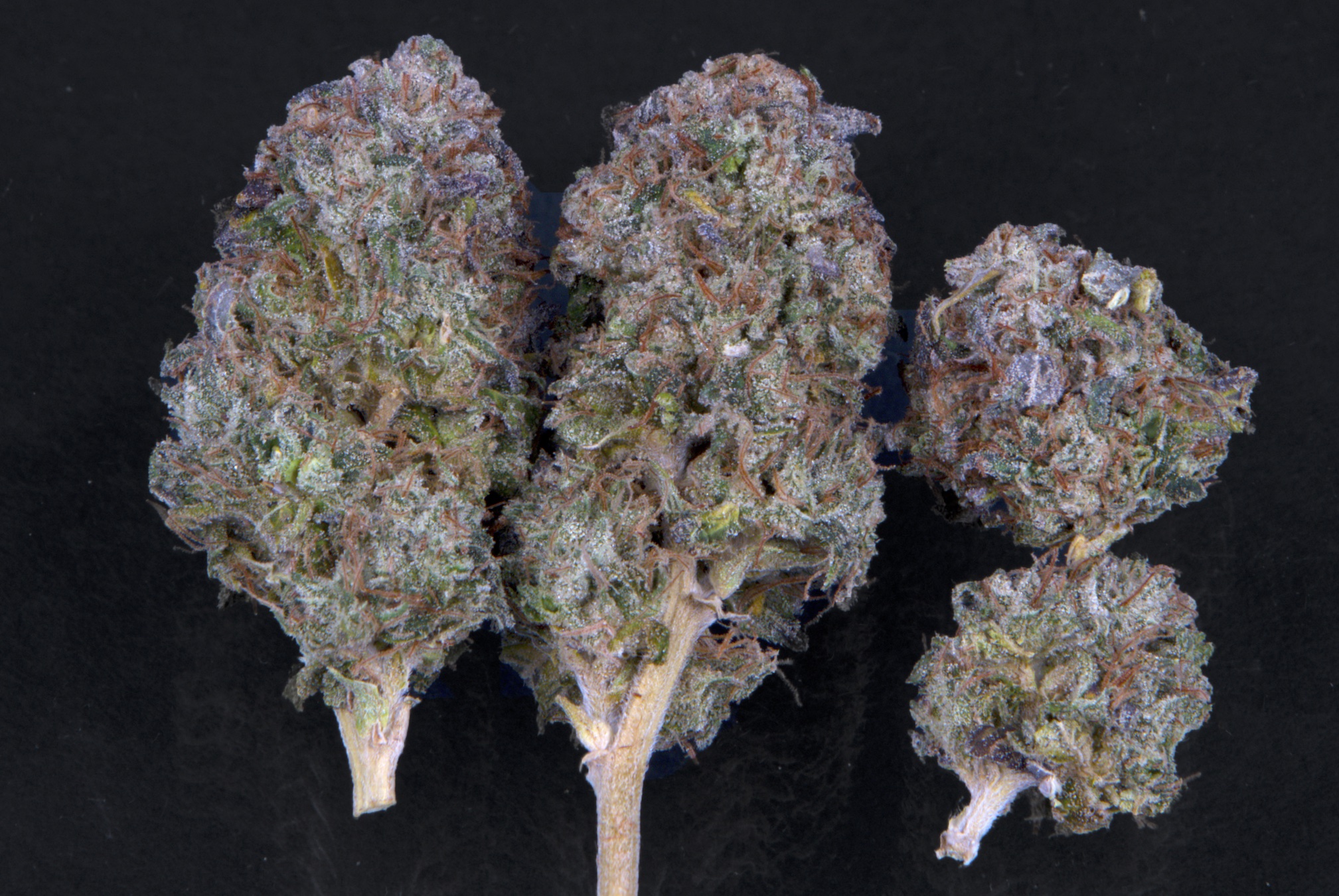 I’ve gotten to try all of their elite cuts and phenos, all from Always Be Flowering Genetics, including Scorpion Venom (Sherb x Dosi Face on Fire), Deadly Mantis (Cherry Pie x Dosi Face on Fire), Delta Diamonds (Y Life x Gorilla Butter #6 (GB6Trix)) and Diamond Runtz (Delta Diamonds x Runts S1). I’ve also sampled what I would call their flagship strain, Patriot Kush (Triangle Kush x Runtz S1). The Patriot is one of the strongest Florida Kush crosses I’ve had. The frosty lime green bud attacks your nostrils with the odor of a freshly opened tube of tennis balls, and the flavor is perfectly balanced sweet Kush funk. The smoking experience is as smooth as it gets.

After speaking with them, it’s clear to me that these guys love Kush and get bored with what’s trending quickly. I’ve told them that I think their tennis ball pheno of Patriot Kush is the best strain of the year, kicking a lot of more hyped and expensive stuff to the curb. They say that “it’s not a competition,” and that it’s all about their love for the plant. As much as they loved working with Runtz, they’re onto bigger and better things coming down the pipe at the start of 2022. Find them on Instagram: @goyaad.pak

So there you have it: three growers showing the DMV how it’s done. Each of them is carrying fire in their garden right now, and I don’t believe you can go wrong with any of them. They all have some serious love for the plant, and a drive to get better every day. It’s not just a passive income scheme for them. While these are some of the growers who stand out to me, they’re not the only ones making moves in town, and they’re far from the only place to find magnificent marijuana. Keep your eyes — and nose — peeled for local growers bringing the heat.