Doom. Psych. Noise. Sludge. Death. Crust. It goes by many names and today's kids are boofing it straight up their earholes, but you can stop rummaging through their sock drawers already cuz we're not talking about drugs, or maybe we are, one of the most ancient, most dangerous, one the white-gloved Illuminati masters could never eradicate, a high our bodies and minds and souls combined to make constantly, effortlessly, almost like a by-product of our human existence. I'm talking, of course, about motherfucking Rock & Roll! 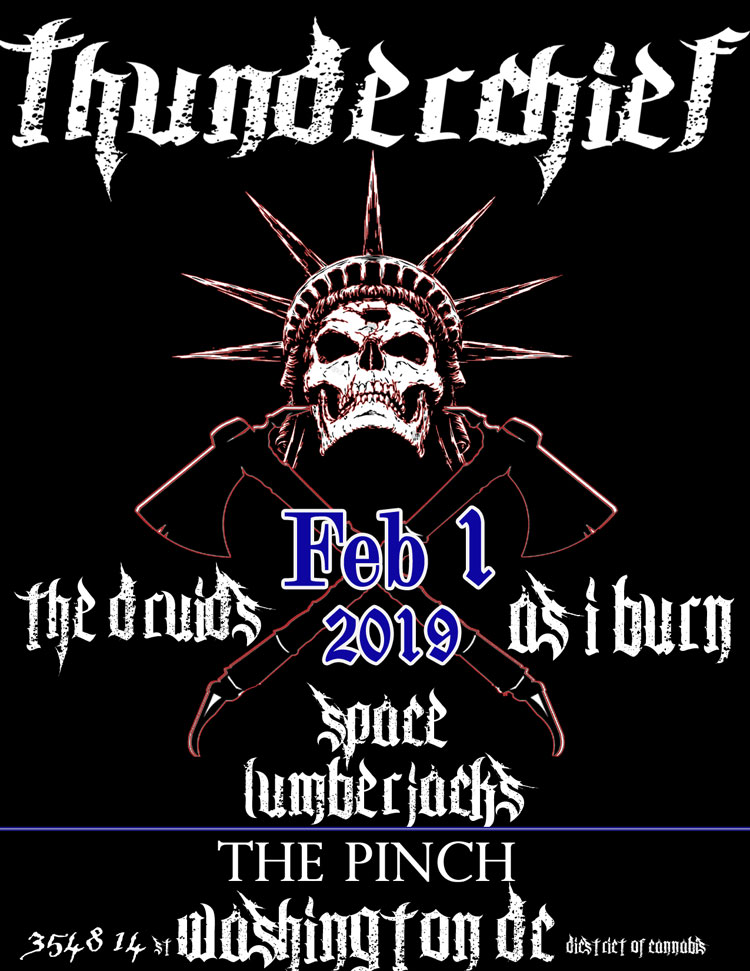 Washington, DC has been an on-again/off-again hotbed of musical talent since the 1970’s. including famous artists like Duke Ellington, Chuck Brown (the Godfather of Go-Go), and Hot Tuna, along with a tradition of 420 friendly bands you may have heard of such as The Bad Brains. But today I want to introduce you to the slow and low, loud and proud, herb-loving, amplifier-worshipping musicians of our burgeoning Stoner Metal scene. It's not everybody's cup of Oolong. Stoner Metal is loud and at times, cathartic, but many of us find it as soothing as a Kush cart. This isn’t the 15 year olds thrashing around a garage-type movement. This is the real deal. Rich with spacey, deep tones and a mesmerizing sort of drone that adds depth and clarity to the music, creating a bubble in which the concert goers are encased in Wagner-ish sub-tones leading to an almost trance-like state. The musical nuances can be quite subtle or drastically different from artist to artist, but the one thing they all have in common is WEED. Bands like Weedeater, Bongzilla, or Beelzebong are way out of the grow closet, others are more discreet, but it's all music performed for stoners by stoners. The live shows are usually quite relaxed due to the sweet combination of heavy riffs and thick smoke. Numerous festivals are held throughout the year just a stone’s throw away from DC and are a great way to experience a tasty buffet of riffs, smoke and good times. BANDS YOU SHOULD KNOW Pentagram 1970’s DC doom/stoner demiurges. Led by the charismatic Bobby Leibling, Pentagram takes cues from Black Sabbath, Sir Lord Baltimore and Blue Cheer, rolls it into a sticky ball, and smokes the hell out of said ball…a true DC legend, Pentagram will always be the region’s go-to favorite. I prefer a nice Diesel strain for that amped-up head rush while listening to Pentagram. Check out their album Relentless on YouTube! The Obsessed Formed in 1980, featuring Scott “Wino” Weinrich on guitar and vocals., The Obsessed were active before and after 1986, when Wino replaced Scott Reagers in the seminal L.A. Doom band, Saint Vitus. His other endeavors include Shine, The Hidden Hand and Spirit Caravan. My preferential smoke for a night of The Obsessed is Lemon OG to get into a relaxed, upbeat mood, followed by some classic Northern Lights to space out. Check out their album Sacred on YouTube! 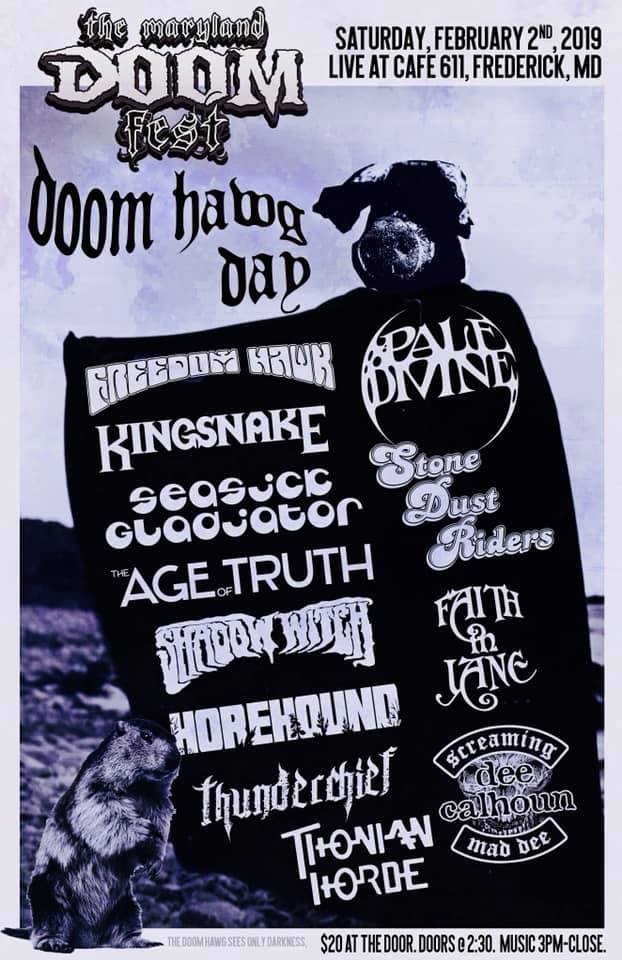 UPCOMING SHOWS Are you, like, a parent now with bills and bosses and dumb stuff like that but you still have that Pantera album rattling around the dash of your minivan? Are you young and jaded with the world your elders have built, disillusioned with all its false prophets and promises? Are you just freakin' bored, my dude??? Then put down the controller and come out and fucking rock with us! This weekend is your chance to see a huge variety of Stoner/Doom Metal! 2 Nights, 16 Bands, only an hour's drive from each other. Be sure to check out www.dcheavymetal.com for all current local show listings.

Feb. 1 in Washington, DC @ The Pinch (3548 14 St NW) Thunderchief The Druids As I Burn Space Lumberjacks

Rik Surly is a 20+ year industry veteran, has worked for Universal Entertainment, Sony Music and Sharon Osbourne’s “Ozzfest,” and remains an integral player in the underground’s punk, metal and noise scene. His first solo project, THUNDERCHIEF “The Tone of Sorrow” (VHS Records) is Rik’s 12th full-length release (collectively), and he's back in the studio working on the follow-up! Check out the new single "Stone House" featuring Erik Larson of Alabama Thunderpussy, Avail, and Backwoods Payback on Bandcamp!