Although cannabis cannot yet be certified organic (because it's federally illegal), Puffin Farms' excellent flowers are probably as close as it gets. They used to say that weed sells itself, or even that it’s all the same. That was true when you just had one scuzzy guy named Skeeter that was always "fifteen minutes away", but this is 2017, baby, and with all the choices available to a recreational consumer in Washington state, you need a Gentleman to help you sort the duds from the studs. One does not simply walk into Oz. I mean, you can, it's fine, they don't mind, but you might get a little overwhelmed with all the different strains covering the walls. I'm here to to help. Hi, I'm i502 Drew. You might remember me from such articles as the Spokane Top-Shelf Showdown and Let's Buy Some Prerolls!  You’ve probably never visited a retail cannabis dispensary quite like Fremont’s ‘Oz.’ No, not like L. Frank Baum's timeless child's tale of socially-acceptable murder and the joys of running through opium fields with strange men twice your age, but it's a common mistake. You see, when Ounce’s Mom n’ Pop owners first chose the name, they hadn’t considered how suggestive our system of weights and balances can be on the impressionable youth. Clever as ever, the state licensing board created a simple solution to their own objection: use the shorthand version, ‘Oz’, and kids will totally think it's, like, a dumb wizard’s store with toys or something instead. Brilliant! Inside, the layout encourages pot-seekers to browse the floor at their own pace. Three tall display cases are full of high-end vaporizers and other gadgets sure to delight lions, tigers, bears, or whatever kinda animal costume you've got hidden in your back closet for those weird parties you go to on Thursday nights in the warehouse district. I'm not here to judge, folks. 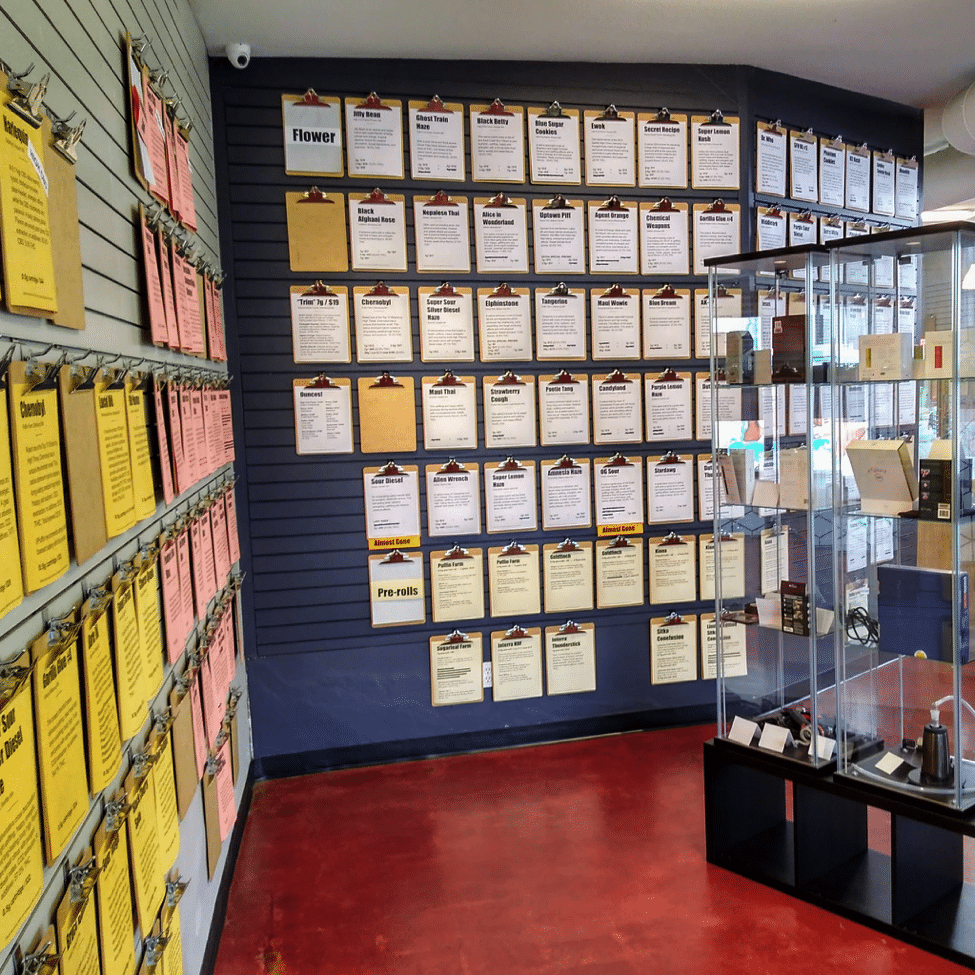 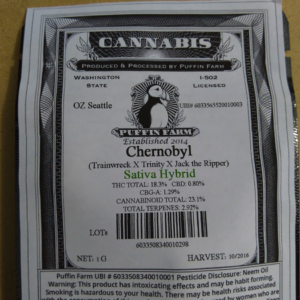 Puffin Farms (on the web at puffinfarm.com) has helpfully listed the parentage of this particular cultivar on the label- a combination of Trinity, Jack the Ripper, & Trainwreck, but the Seedfinder profile is still worth a looky-loo. The first whiff has the unmistakable pine aroma that reminds me of Jack Herer- that'd be the Trainwreck.   Skunky undertones from California’s Trinity complement the initial burst of sweet and sour and the blend makes for an impressive, heavyweight fusion. The scents further blend together into a smooth and mellow taste when inhaled. Upon exhaling, Chernobyl’s aromatic complexity drifts across my tongue and doesn't elicit a cough. Excellent! [caption id="attachment_2350" align="aligncenter" width="723"] 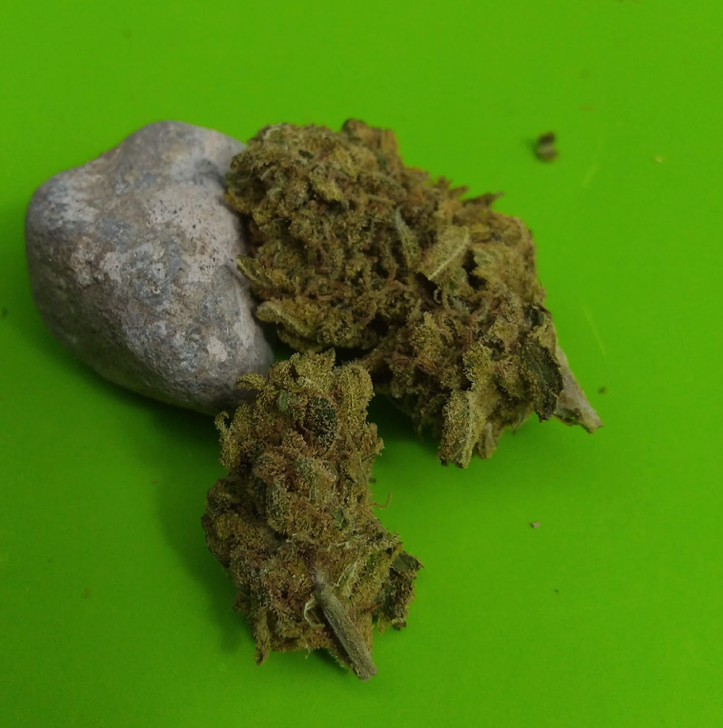 Rock is not included.[/caption] For nearly a minute, I don’t feel anything. Slowly, a warm feeling creeps over my body. Ahhh, that’s nice, the sun just came out. Over the next five minutes, I become calm and focused on my thoughts as a euphoric wave washes over me. The feeling is good enough to distract me from writing and even several hours later, the buzz is there, free of any fatigue. The complex flavor profile is something you just won’t get from cannabis grown indoors. Puffin Farms' Chernobyl is exemplary flower and highly recommended, as is Oz Seattle recreational dispensary. [caption id="attachment_2351" align="aligncenter" width="975"] 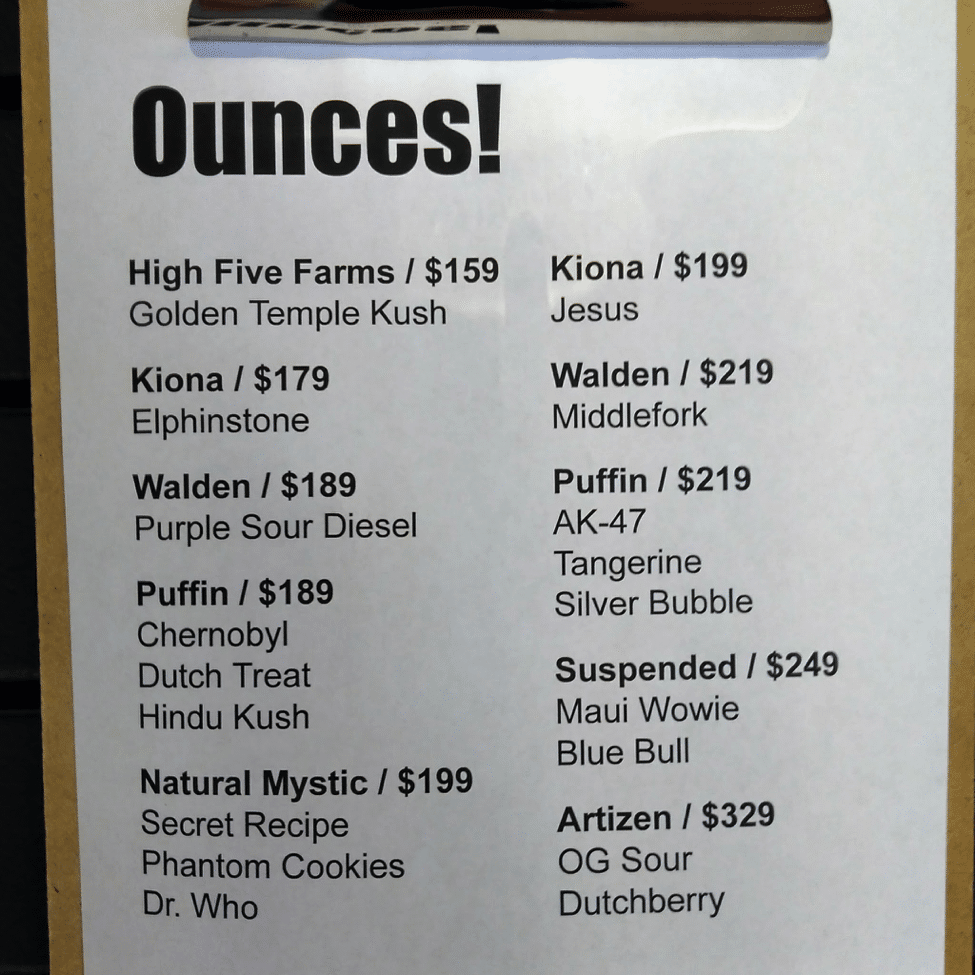 Try a gram, or 28! Ounce has ounces for sale, just don’t forget your ID.[/caption]