Pre-Prohibition: The Role of Cannabis as Medicine

Are you familiar with the history of cannabis as medicine?  Before marijuana was federally prohibited in 1937, few Americans admitted to trying it—but many of them were in fact using it as a medical treatment of some kind. Many states prescribed cannabis extensively pre-Prohibition, before reintroducing it medicinally in the late 20th and early 21st centuries. In fact, cannabis had been used in healthcare around the world since nearly 3000 BC. And so we have to ask: How have cultures recognized cannabis as medicine over the years? 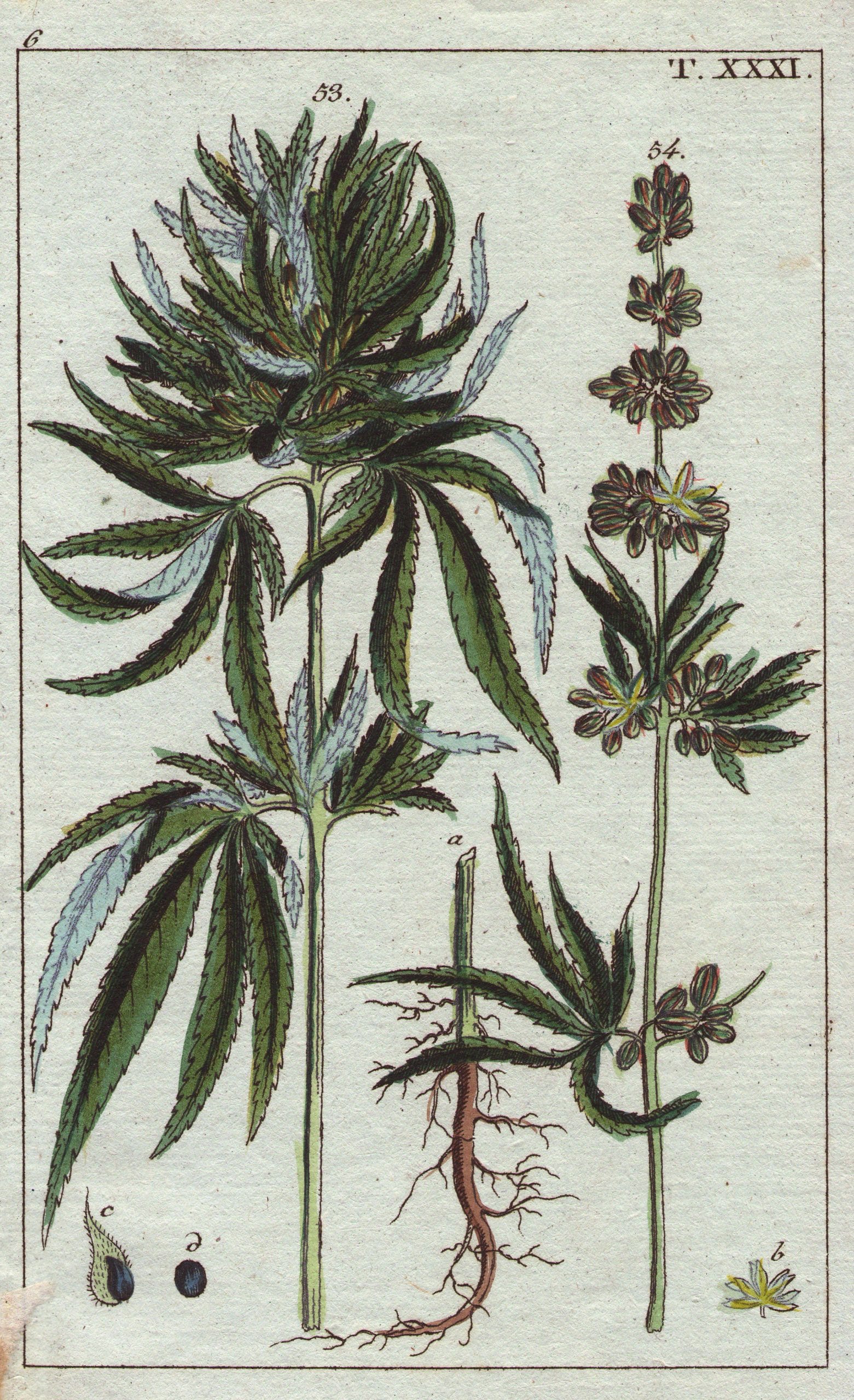 The Global History of Medicinal Marijuana

Medicinal marijuana—legal in 34 U.S. states as of September 2020—has played a key role in various cultures over the centuries. The following is a timeline of its history:

The Book of Exodus (30:22-23) mentions holy anointing oil made from cannabis. Experts indicate that while certain translations have omitted this key detail, the original version of the text reveals the oil contained “kaneh-bosm” (the Hebrew term for cannabis). Then, in the Bible’s New Testament in 30 AD, Jesus is said to have used the same cannabis oil.

The mummy of Ramesses II is found to include cannabis pollen. Prescriptions for the plant follow soon after as a means of treating glaucoma and inflammation. Some physicians even prescribe cannabis to cool the uterus and deliver enemas.

Bhang—an Indian cannabis drink often blended with milk—is applied as an anesthetic and anti-phlegmatic. Medical experts in India go on to use cannabis to treat a number of ailments.  400 years later, Indian physicians claim cannabis can also help to cure leprosy. And in 1893-1894, the Indian Hemp Commission mentions several different medical applications for the plant. Hemp is allegedly used as an analgesic and antidiuretic that can treat conditions like diabetes, chronic ulcers, and hay fever. 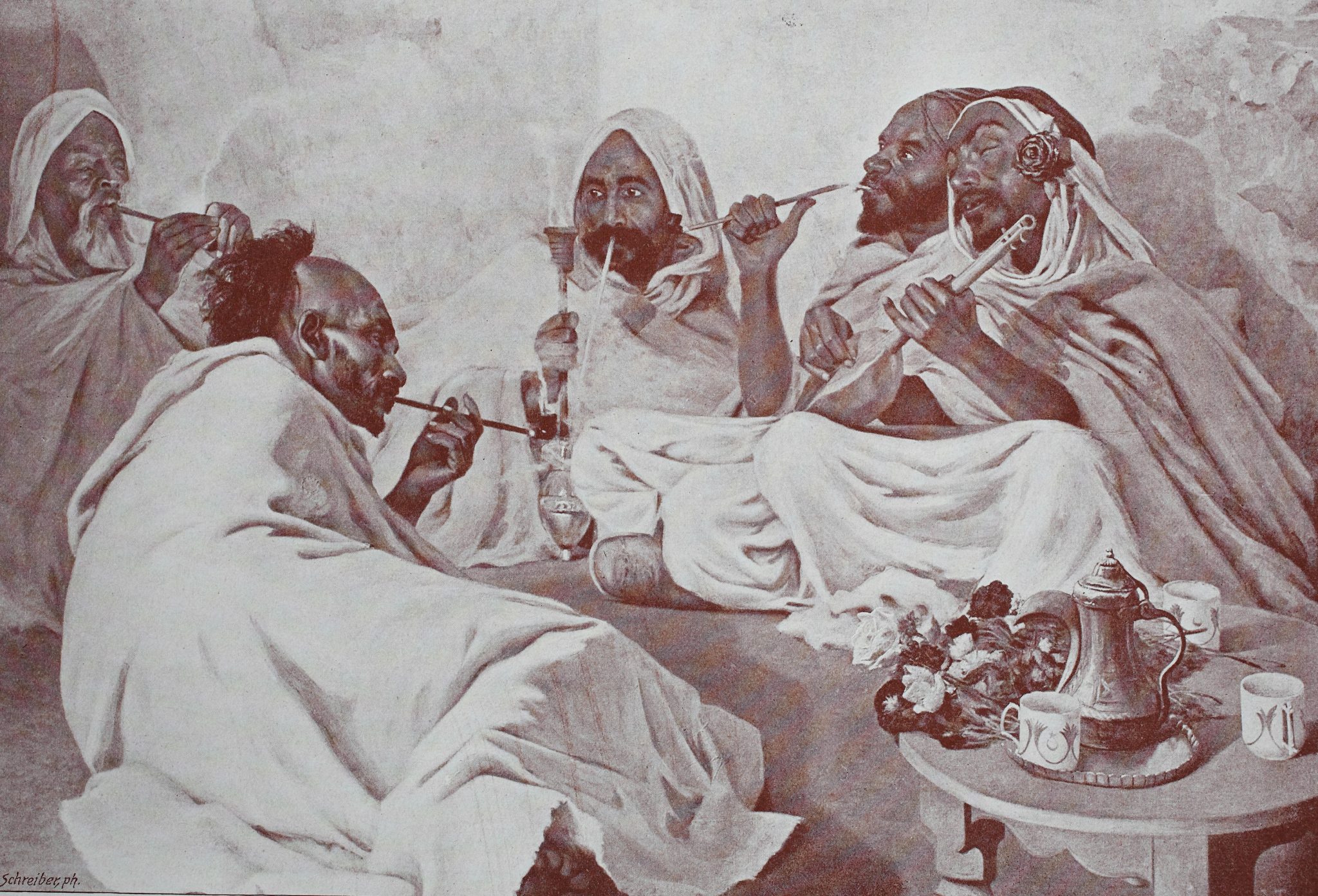 The Venidad, or a volume of the ancient Persian Zend-Avesta text, also mentions the cannabis drink bhang. Influenced deeply by the Vedas, the religious publication cites cannabis as the most important medicinal plant out of a list of 10,000. Later, around 1500 AD, Muslim doctors begin to prescribe marijuana to decrease patients’ libidos.

Cannabis is recommended as a treatment for edema, inflammation, and other conditions (like earache, among others).

Ancient Roman doctors also tout cannabis as a remedy for earache. Less than 10 years later, Pliny the Elder—who penned Naturalis Historia (79 AD)—writes that boiling the roots of the cannabis plant can ease cramps and gout.

The Jamestown settlers export hemp from England to North America throughout the colonial period. Its uses are varied, but many are said to take it medicinally.

While the British export hemp to the United States, English physicians are busy recommending cannabis to treat depression. In 1652, British herbalist Nicholas Culpeper claims cannabis can help to ease joint pain as well. Dr. William O’Shaughnessy, an army surgeon, later brings marijuana back to Britain in 1842—at which point Queen Victoria begins using it for menstrual pain relief.

Wondering how some of our earliest presidents felt about cannabis? George Washington’s diaries reveal he grew hemp at Mount Vernon from 1745 through 1775. His ledgers show he was especially interested in medicinal marijuana. Then, from 1774 through 1825, records reveal Thomas Jefferson grew hemp at Monticello.  It makes sense that by 1850, the United States Pharmacopeia lists marijuana as a common treatment. The plant said to help with conditions like alcoholism, opioid addiction, leprosy, insanity, cramps, and many others.

Marijuana finally cements its reputation as a form of mainstream western medicine. Studies conducted by French psychiatrist Jacques-Joseph Moreau reveal cannabis can alleviate headaches, increase appetite, and help patients fall asleep. These are just some of the cultures (and historical milestones) that recognized cannabis as medicine leading up to Prohibition in the United States.

Why Did the U.S. Outlaw Cannabis in the 20th Century?

In the 1910s, prohibitionist mentality took over mainstream culture in the U.S.  As a result, American states and cities began to outlaw cannabis. Massachusetts banned cannabis in 1911, followed by Wyoming and Indiana in 1913. New York City followed suit in 1914, and then Utah and Vermont the following year. Colorado and Nevada imposed the same restrictions in 1917. 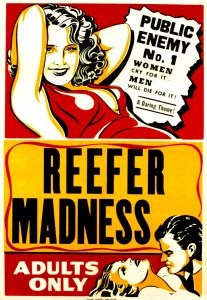 REEFER MADNESS, aka (TELL YOUR CHILDREN, aka THE BURNING QUESTION), 1936.

Why did legislators outlaw cannabis during this time? It wasn’t due to concern about marijuana use, but an effort to discourage future marijuana use in line with certain legislation.  This might explain why, despite these restrictions, U.S. pharmaceutical farms continued to grow up to 60,000 pounds of cannabis per year through 1918.

Meanwhile, 10 additional states passed marijuana Prohibition laws from 1915 through 1927. A decade later, the federal government passed the Marihuana Tax Act of 1937—though by this time every state had already criminalized the possession and sale of cannabis.

The new law allowed physicians and pharmacists to prescribe marijuana for an annual fee (and an added tax), but most opted out.  Medical testing of marijuana came to an end around this time as well. And ultimately, as states began to re-legalize medicinal marijuana, one thing has become increasingly clear: Cannabis has for millennia played a vital role in medicine—in large part during the pre-Prohibition era.