The Gentleman's first review of 2019 is gonna be this Grandaddy Purp vape cart from a new Maryland processor, MPX (short for Melting Point Extracts). Yayyyy! So many reasons to be excited. The absolute dumpster fire that was 2018 is over, for one. Last year I got kicked out of Ocean City for possessing open weed while sleeping, narrowly avoided arrest in Kansas on my Great American Road Trip, and worst of all, my nephews whomped me at The Gentleman's Friendly Family Smash Bros Christmas Tournament again. Aww, man. If I had my custom button layout or at least not the wonky controller...but do not pout, Pink One. Soon your song will be that of glorious victory! TO ARMS, JIGGLYPUFF! AND WEAR YOUR SUN HAT! It's so totes adorbs. [caption id="attachment_45732" align="alignnone" width="1000"]

GET YOUR MMJ CARD![/caption] PLEASE BE ADVISED: Recent news reports suggest there is a risk of severe lung damage associated with vaping. State health authorities are investigating. VAPE AT YOUR OWN RISK! I was excited to check out Melting Point Extracts. The name itself is a nod to dab culture (and dare I say, a little sexy?), not common on the East Coast where everything is Nature's this and Wellness that. I thought maybe we were getting a processor that, y'know, actually enjoyed extracts. I stopped by Kannavis out in Ijamsville to pick one up. They had a few different flavors available so I asked the budtender for a recommendation specifically from the MPX line. He suggested the Grandaddy Purp. Sounds swell! Purps strains tend to agree with me. They're also one of the easiest to identify from their unique aroma and flavor profile, an even split between warm spices and high-test gasoline, plus the flowers are, y'know, purple. Usually. 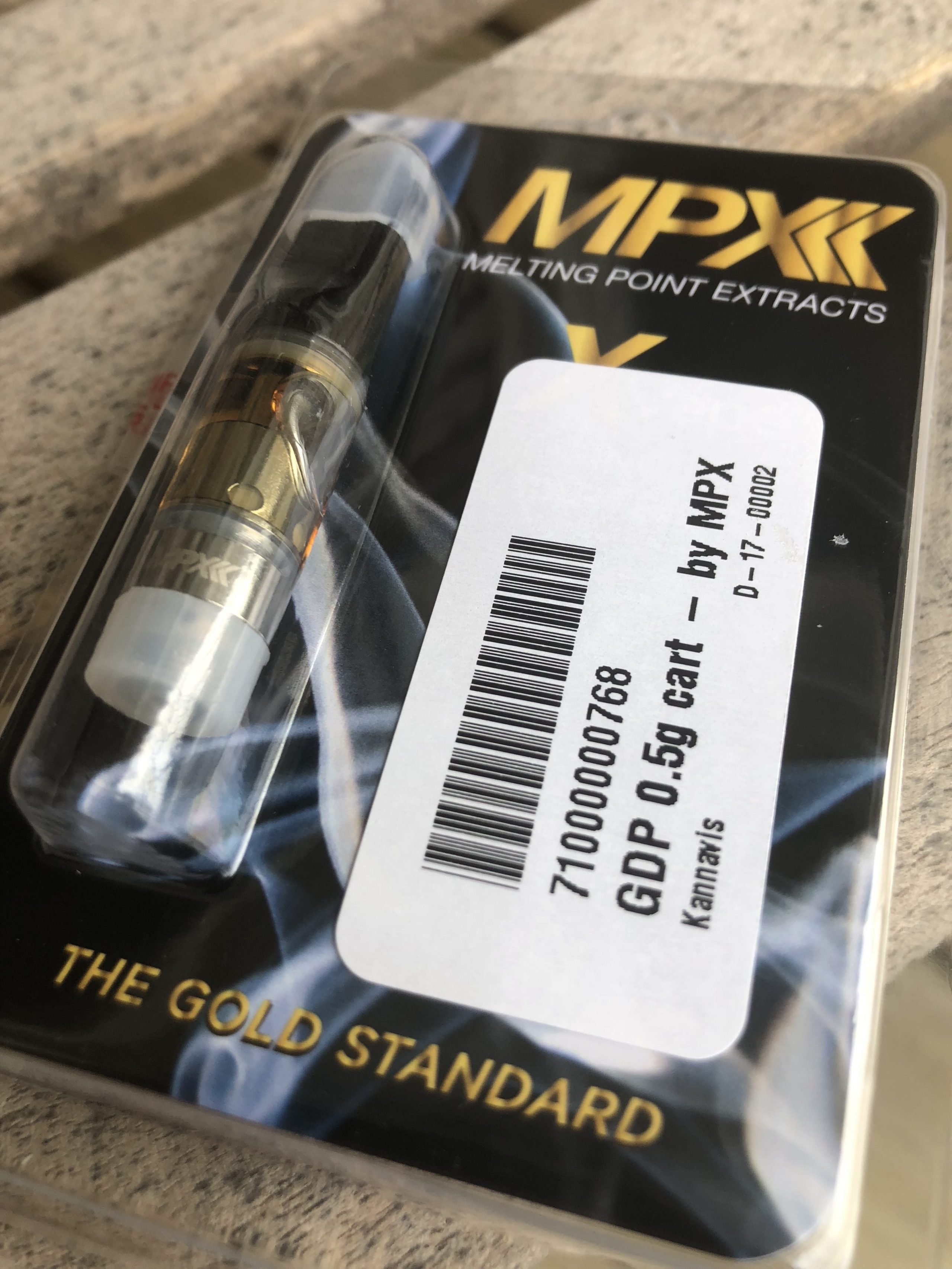 A quick complaint about the rules for processors! I WANT THE NAME OF THE  GROWER IT WAS PROCESSED FROM ON THE LABEL. I shouldn't have to hope for the budtender's best guess as to what my extract was processed from. Who grew this motherhumping flower? If it's a blend, or marketed as Awake or whatever, then I want to know what the flowers were, too. Why do processors get to present their products as though they're entirely new things? Extracting oil from crap flowers gets you crap oil, I don't care how well you refined it or what color it is. That's a fact, G. I also want to know how it was extracted, butane, propane, CO2, ethanol, rosin, whatever. I think that completes my wishlist. I'll be sure to let you know if I think of anything else. 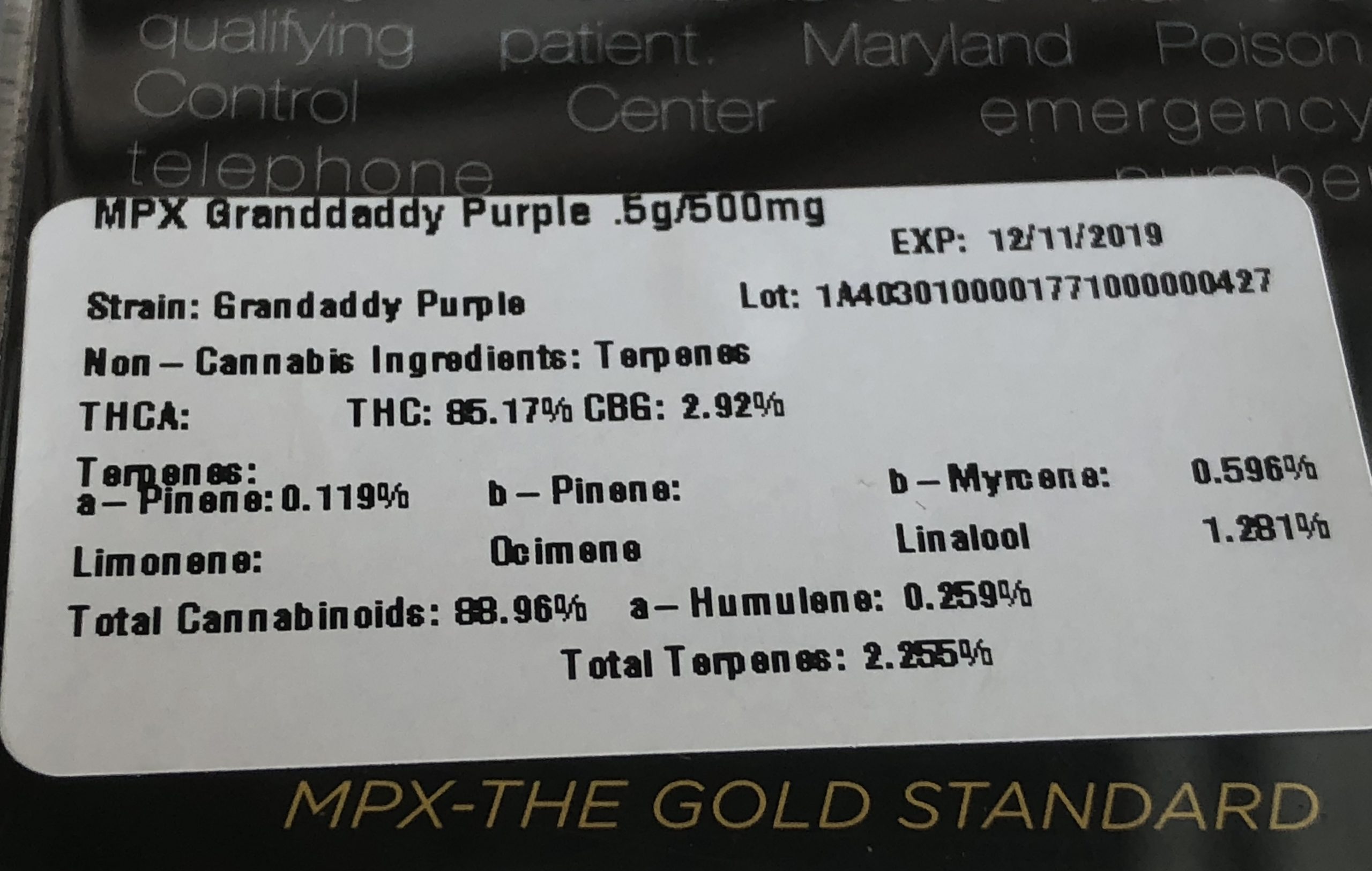 So I don't know who grew the Grandaddy Purp in the MPX vape cart. Maybe it was you? If so, you should know that MPX screwed your flowers up, cuz I can just barely taste a little bit of those classic GDP terps underneath all the glycol. Glycol on its own does not taste good. UPDATE: MPX says it's distillate with terps added in plus an emulsifier. It still tastes awful. There's just enough terpenes here that I'm not chucking it in the garbage, but I'm definitely not sitting here puffing on it all day. I assume somebody at MPX actually tried one of these things and said, "yes, that's a product we should bring to market, and no mistake!" at some point, and said person was definitely not wearing a chicken on their head while answering, or any other barnyard poultry-based appliance? I'm just curious if said person had ever had a good vape cart to compare it to. That's a question I was asked by the owner of Metropolitan Wellness once in defense of Holistic Remedies' terrible carts. Yes. Yes, I have. You can question my authoritah all day long, but please put in a little research of your own if you're gonna sell this stuff. And if you can't handle smoking weed, maybe you aren't the best person to earn one of the highly competitive licenses to sell a product you know diddly about? Just a thought. 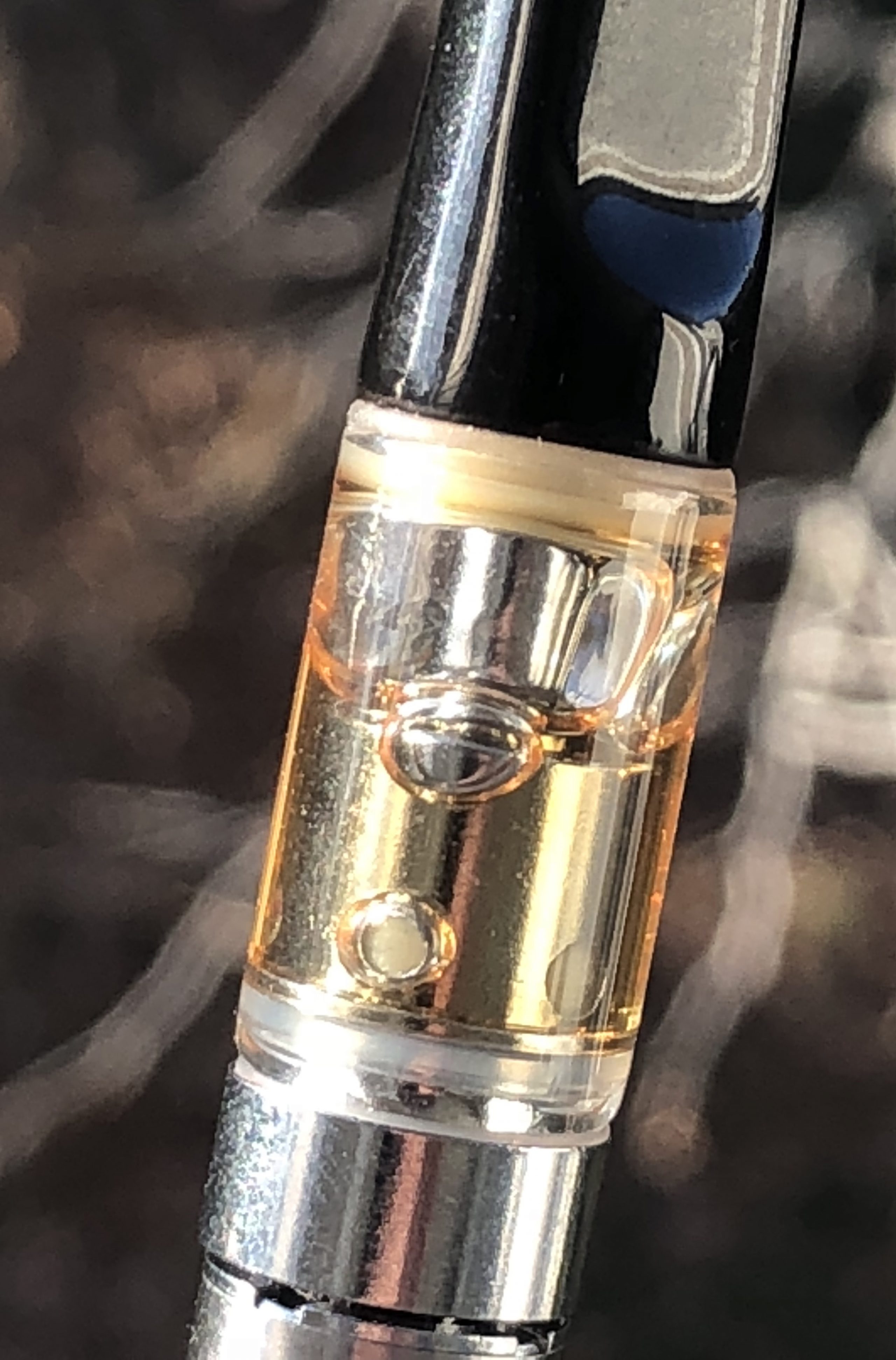 Ah, but most interesting, the MPX cart is that the color is a proper gold and the liquid inside doesn't move. Clearly, these two well-known indicators of a poor quality cartridge aren't that reliable. I'm surprised, and glad, to find it doesn't give me a headache. Potency is the only other category this Grandaddy Purp MPX gets passing marks. I'm feeling a little something off one hit, three hits does the trick for daily chores, twelve hits gets you a mid-afternoon nap. What was I doing before I fell asleep? Ah, yes, the review! The MPX Grandaddy Purp, while not awful, is a below-average product and not worth the $65 price tag for .5 gram cartridge at all. Rythm and Nature's Heritage are both better options available to Maryland medical marijuana patients.