Da DoGooders is one of the Gentleman’s favorite cannabis gift delivery brands in DC- I’m sure you’ve heard me mention them once or twice- so when they offered to stuff my pockets full of as many strains of flower and live resin as I could review, I ran out for some extra-cargo cargo shorts and hurried over. Point being, you’re gonna hear a lot about the badass go-kartin’ elves known as DDG a lot over the next several weeks- cuz their website just opened! Today we’re gonna talk about their Mandarin Kush flowers and Emerald OG live honeycomb.

Now, you know there’s a lot of fucked up shit going on in the world when ohmygod an actual fucking TIGER STALKS ATLANTA SUBURBS is not the lead story everywhere all the time. They’re saying it’s just an entertainment company that lost it during transport but that’s exactly what the MIB would say if we were smack dab in the middle of a were-tiger situation. The safest plan, I think, is to grab up Granny’s silver and assume the lycanthropic outbreak is imminent.

Were-beasts are playing the Human Extinction Challenge on Difficult. I mean, zombies are mindless even if they’re fast, vampires are too busy trying to bang every doe-eyed ingenue to be a serious threat, but werewolves? Maaaan. They have every natural advantage- strength, speed, superior night-vision- and even if reduced to predatory instinct- not a given- that still grants rudimentary strategy & the capacity to hunt in packs.

And what if they can regenerate? Shit, WHAT IF THEY REGENERATE?!? Quick, somebody get me Atlanta PD on the phone right now! What?!? The line’s…dead. Oh, God. Oh, no.

Oh, well! Better get on with the review while we still can, eh? Eh?

Mandarin Kush caught my eye right away, as I’d never before had the pleasure of this particular cultivar. A pair of thick, hearty nugs made up the eighth. The buds were delivered fresh, you can give ’em a little squeeze and watch ’em bounce back.

The Gentleman has never received cannabis from Da DoGooders that was too hard or too wet and needed conditioning with the Boveda prior to smoking. What really got my attention was the sweet aroma of oranges wafting from the pouch. The delicious scent fails to make its way to the flavor significantly, but it’s still an easy smoke. 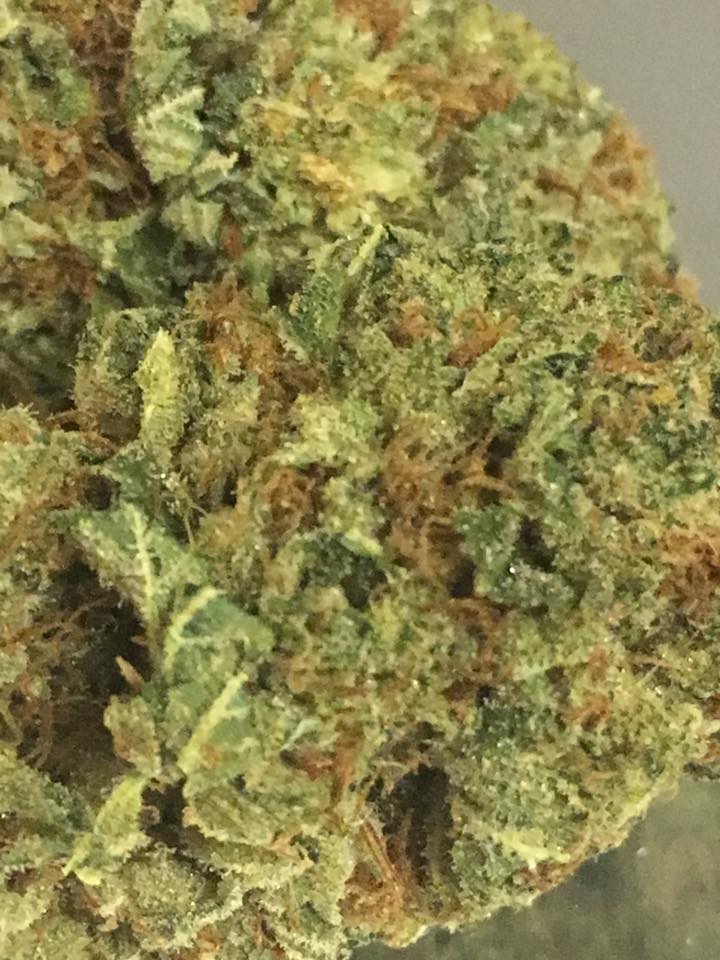 Da DoGooders’ Mandarin Kush hits me with a predictably limonene-heavy head high. Limonene is a terpene found in citrus fruits and when I smoke weed that’s got a hefty dose of the stuff, it reliably lifts my mood but short-circuits my ability to think clearly. In Mandarin Kush’s case, it’s a bit less of the former and more of the latter.

While it is definitely helpful for reducing anxiety, it’s also better left for the evening unless you’ve got nothing to do all day but watch a season’s worth of Last Week Tonight before you cancel your HBO account. After eight hours or so, John Oliver’s voice took up independent residence in my head, anyway, so I don’t see any reason to pay for anything but GoT, hashtag Feminism hashtag LWT Please Please Hire GT! 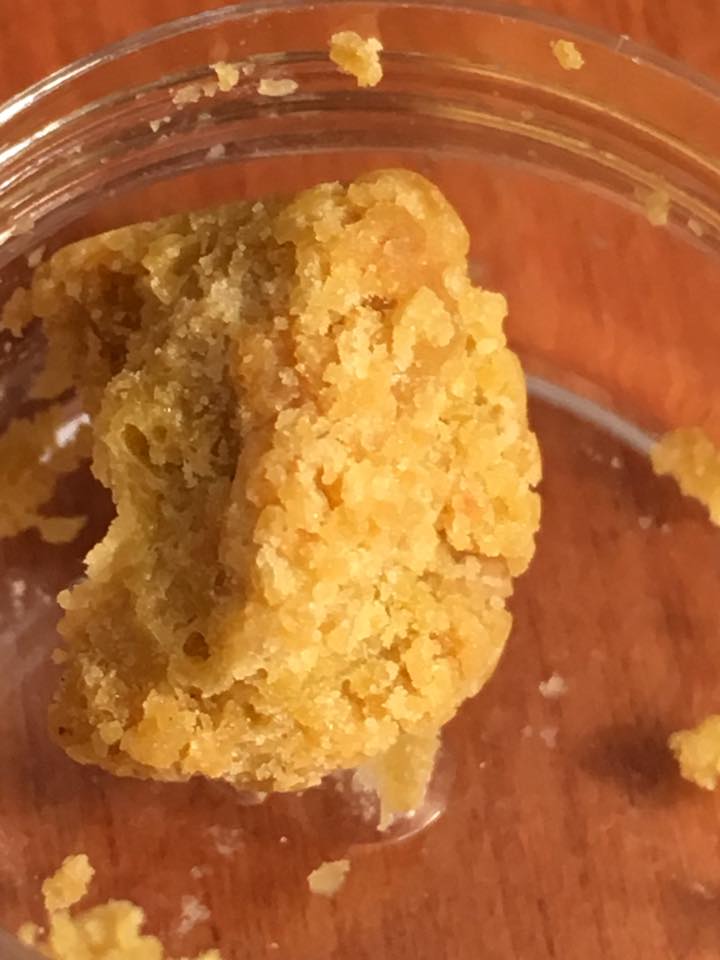 Ahem. The flower is just an appetizer for a Gentleman, of course, and Da DoGooders has once again come through with some excellent live resin. This time the consistency is crumble, which we learned in Vegas is also called honeycomb and that’s muuuuch cuter, so we’re goin with that, kay? This Emerald OG is ideal consistency for honeycomb, just like the Cannavative– sticky enough that it doesn’t fall apart into dust, nor splinter when you go to scoop it.

It’s got a light, floral scent to it with a hint of pine, and the unmistakable flavor of lavender on the exhale tells me we’re looking at the terpene linalool. The effect is in line with these expectations- a very relaxing concentrate. I can still think clearly dabbing the Emerald OG, I just don’t have many anxious thoughts, and I’m able to calmly handle the ones that permeate.

It isn’t mentally or physically energetic enough to use during the day- I can usually handle a single task and then I want to chill. It is potent enough to help you get to sleep but won’t knock you out early in the evening. 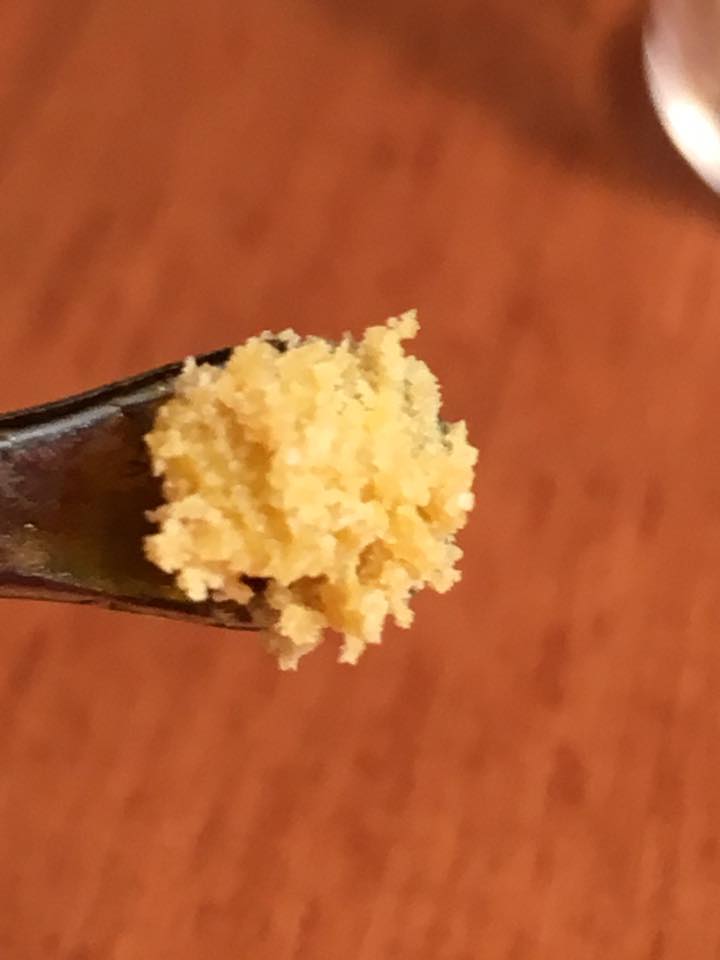 And I got even more great flowers and live resin from Da DoGooders to tell y’all about next week.  If you haven’t checked out DDG yet, you really should before the werewolves claim their rightful dominion, or I smoke it all. Either way, baby! Check out their website– open now!