Leafedin.org clued me in to a new i-71 online delivery service called Juicywana.  The ratings looked decent in comparison to the other options available at the time and there were plenty of reviews (40 as of the time of this writing).  Their blurb proclaimed that they only carried "A Grade" Sativa or Indica. It was late and I was bored, so I decided that ordering weed off the internet would be the most productive use of my time. 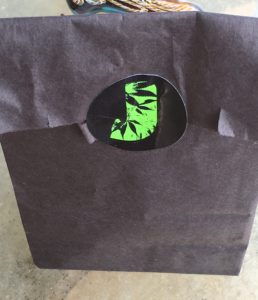 Before I got to that, I figured I'd look around on social media to see if I could get any more strain-specific information.  I found them easily on Instagram along with a recent picture that had at least a dozen mason jars with clearly legible strain names along the top.  It wasn't close up, but the buds looked legit in the picture.  OK, having convinced myself this was their menu, I was ready to proceed. Their site is legit and intuitive.  They've got several flavors of juice to choose from, I selected the NY Lemonade.  You've got some options when you add it to your card- Feel Good, Feel Better, or Just Juice.  The "Feel Better" option was not available but I didn't want that much anyway.  I added the Feel Good into my cart, entered my strain choices in the notes section (Stardawg for preference but I wouldn't mind if the deliciously-named Cocoa Fields made an appearance, instead), paid via credit card, and settled in to relax. I received a call almost immediately informing me that I'd placed my order right as they closed, and asking if delivery when they opened the next morning would be alright.  The person I spoke with had a friendly demeanor and I was happy to agree.  I wasn't dry (I never am, now that I have a medical card) so it was no problem. I was disappointed when 9am, then 10am, came and went with no word from Juicywana (FYI- their site now says they don't open until noon each day).  At 10:35am, I called just to check on the order and was informed I was next on the list.  That's alright, I understand how logistics go- if another delivery was conveniently on the way, I could wait longer- I just needed to know what the plan was, because I hate loose ends and I've got some control issues... [caption id="" align="aligncenter" width="326"]

The Sexy Kind.[/caption] The guy showed up under 40 minutes later.  He handed me the juice and my free gift in a nice black paper bag with a sticker sealing it shut.  The bag had decent appeal. It so clearly weighed out that I didn't bother tossing it on the scale.  The nugs were dense, dark green, and covered with nearly brown hairs, but it was lacking in the trichome department.  There was nothing on the bag to indicate the strain, but I figured I could tell if it was Stardawg from that heavenly diesel funk. 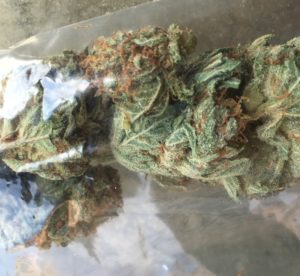 There was no smell.  I put my face all the way into the bag and inhaled.  Nothing.  It may as well have been a jar of billiard balls.  The buds were on the dry side but acceptable.  The smoke was predictably tasteless and a tad harsh.  I keyed on to its indica-leaning effects quickly as it alleviated some stress but left my mind dull and tired.  These flowers were smoked before bed from then on and served just fine in that role. All in all, there's a lot to be said for this service, but "A grade" cannabis isn't one of them and I would not repeat since I have better options. If you don't, then that lemonade was on point.