Butter Nugg Cookies is currently rocking some Humboldt Kush flowers, which they pressed into some awesome, super-smooth and terpy rosin they have available on its own or baked into their signature edibles. No matter how you prefer to medicate, Butter Nugg's got ya covered. Kush for everybody! Today we're gonna look at the Butter Nugg's Cookie, which I ate before the Caps vs Canucks game on Wednesday. One of my loyal minions had reached out and offered me a ticket, so I said what the hell. What have you done for your Dark Overlord lately, hmm? Anyway, I'd never been to a Caps game in all my time here. I've never found hockey all that exciting to watch on TV, but I didn't really understand the game. I did play goalie once for my buddy's team in Worcester because I was juuuust drunk enough to think I could iceskate if I only had to stand still. After watching me wobble like this cute kitty for a few minutes (awww), I was gently asked what the hell I was thinking and helped off the ice. Ah, the joys of a misspent youth. Moving on. 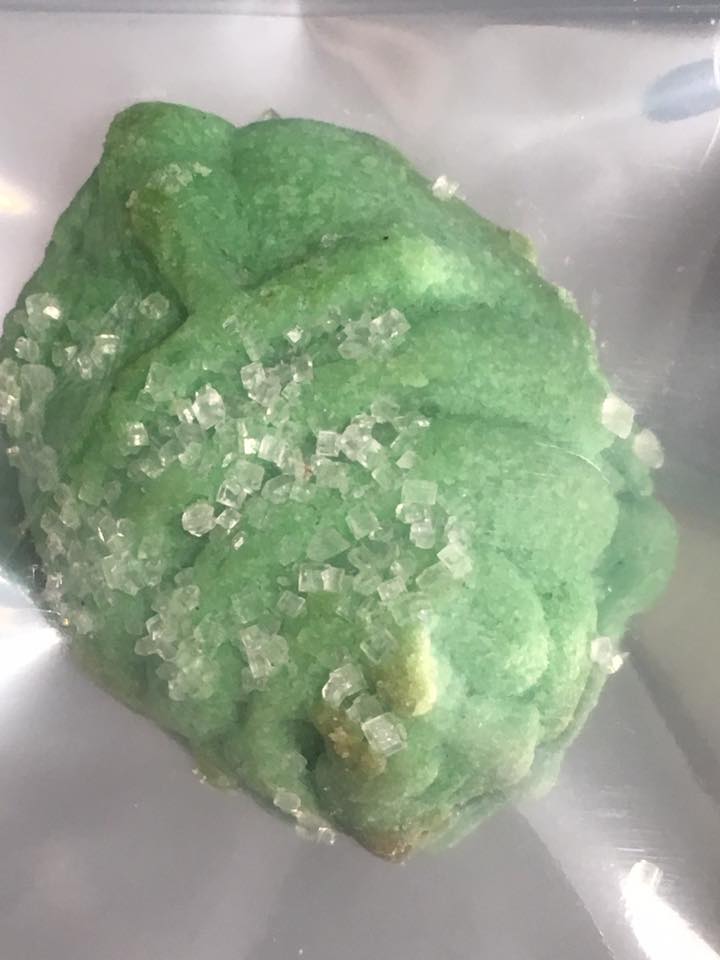 I took my Humboldt Kush Butter Nugg Cookie right outside Capital One Arena and gave one to my host to gauge his reaction, as my edible tolerance is rather on the high side. He asked me to refer to him as Nature Boy, by the way, which is ridiculous, but I'll oblige. Each was approximately 75mg. It's a very tasty sugar cookie with no cannabis aftertaste you can knock out in two bites. We meandered the stadium a bit and grabbed some beers before taking our seats, which were pretty high up. I knew the edibles were kicking in when I looked down and felt that old paranoia creeping in, how easy it would be to fall...and then they were like, Anthem Time and I was like, oh god OK but please sing faster, some of us are in danger of slipping every moment we stand and authoring a devastating chain-reaction, human boulder kinda situation up here. Of course, they had to sing two, because stupid, sexy Canada. [caption id="attachment_3619" align="aligncenter" width="960"] 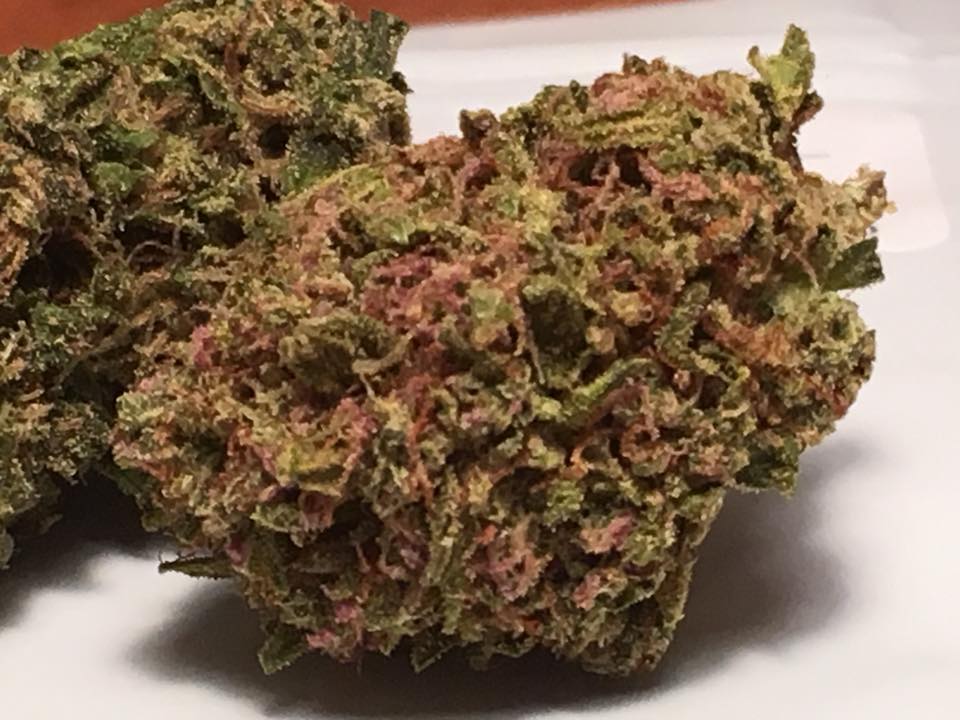 Humboldt Kush flower. Oooh, look at that purple[/caption] Once I retook my seat I could enjoy the fantastic birds-eye view of the action, like an old NES NHL game. It was such a different experience from watching on TV. I could follow the plays much better up here. Nature Boy kindly relayed the rules of the game, explaining penalties and who the players were as I hit edible Phase 2- withdrawing in to my inner space. I was uncomfortable cheering at first- it seems to me like five times in a row is two too many to buzz the crowd to yell, but what do I know, I'm just a meta-empath. Sensing my discomfort was creating an energy vacuum around me, I resolved to get into the spirit of the thing before I brought everybody down. Once I picked up the chant, the tension broke and I actually felt less self-conscious. I could resume focus on the game, to which the Butter Nugg Cookie held me captivated until the end, watching the final minutes tick away with a cautious hope with the Caps nursing a 3-1 lead thanks to the back-up goalie's several impressive saves. After attending an O's loss, a few by the Nats, and Washington fall to the Giants one frigid December eve many years ago, at long last! Onward to Victory! To Triumph! To...hmm, how does pizza sound? Yes! To Pizza! [caption id="attachment_3620" align="aligncenter" width="720"] 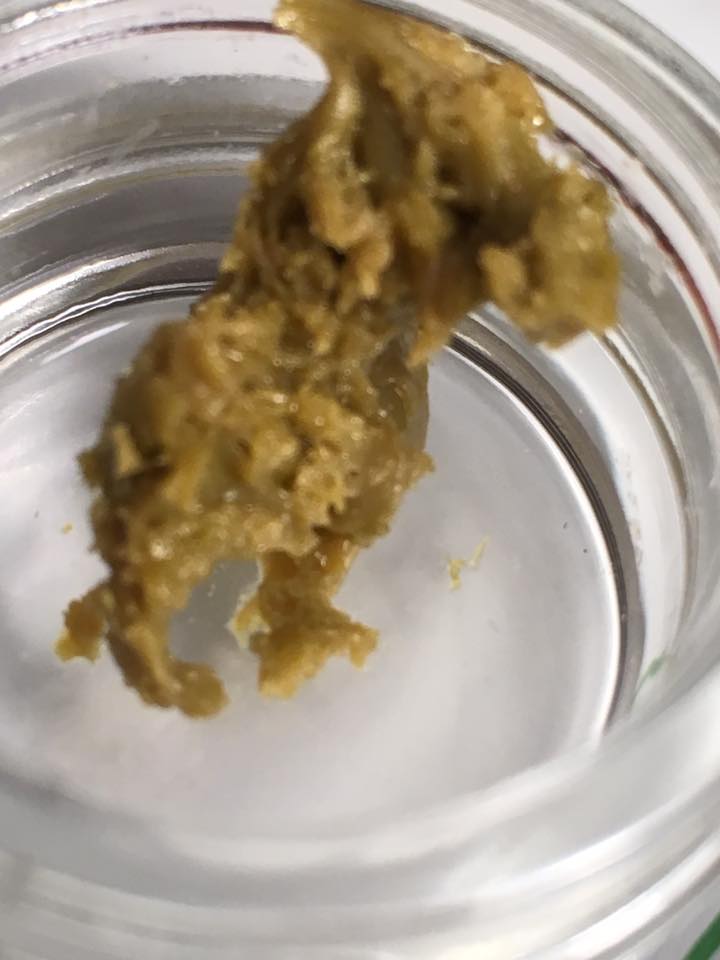 Awesome floral terps on this rosin[/caption] The Gentleman definitely recommends these Humboldt Kush Butter Nugg Cookies, which you'd probably enjoy more from the comfort of your gravity blanket watching the new season of Disjointed, but I'm trying to have more adventures cuz I've talked about TV a lot and there's a whole city to explore. Oooh, don't forget that wonderfully floral rosin, either, that's a heckuva nice pickup. Make sure you Follow Butter Nugg on Instagram to peep the latest drops and event appearances.