Oh, man. What a freakin trip. After nearly three weeks of hotels and motels, yours truly is quite glad to be back home. The road was beautiful, dangerous, even- especially- when it looks barren, flat, and endless. More than a walkabout, this was a Quest, and it had two objectives- to check out the vaunted Jungle Boys in Los Angeles and to check out Good Chemistry in Colorado, the folks who put together the excellent STATS Guide to determining the quality of your cannabis, which I certainly recommend you read at your leisure. As a tourist, smoking flowers can be problematic, and as a guy that had 6000+ miles to cover, the unpredictability of edibles ruled these discreet treats out as well. I primarily used concentrate products on the trip, but for Good Chemistry, I made an exception, and picked up eighths of both their Critical Kush and Grape Skunk flowers. [caption id="attachment_45732" align="alignnone" width="1000"]

GET YOUR MEDICAL MARIJUANA CARD![/caption] When we last left our intrepid Gentleman, he had narrowly avoided arrest, which smacked all the cool out of his mouth. Now he was driving through miles and miles of bloody Kansas completely on edge, desperately waiting for a sign that he was close to the sanctified border of Colorado. I wanted a room, a caviar joint, and a bottle of wine, in that order. Whooping in celebration as I crossed into the Promised Land just before 10pm, I resolved to stop at the first town I saw. That ended up being Burlington, and I was super disappointed to find out that there weren't any dispensaries until I got closer to Denver, two hours away, which would be midnight. Further, this small town's liquor stores were all closed up for the night, so I settled for gas station beer to soothe my rattled nerves. The room at Burlington Stay Inn....I can not recommend. It was dingy and the sign-in form had an explanation of early checkout charges, which is downright skeezy. When I questioned the guy at the desk, I was informed that wasn't meant for me, but "for the young people," wink wink, nod nod. Eeew. I don't believe there were any young people in that town, certainly not with money to burn for motel rooms to bang out. Staying the night at what was, in hindsight, a trucker brothel was a tactical error. [caption id="attachment_11731" align="aligncenter" width="4032"] 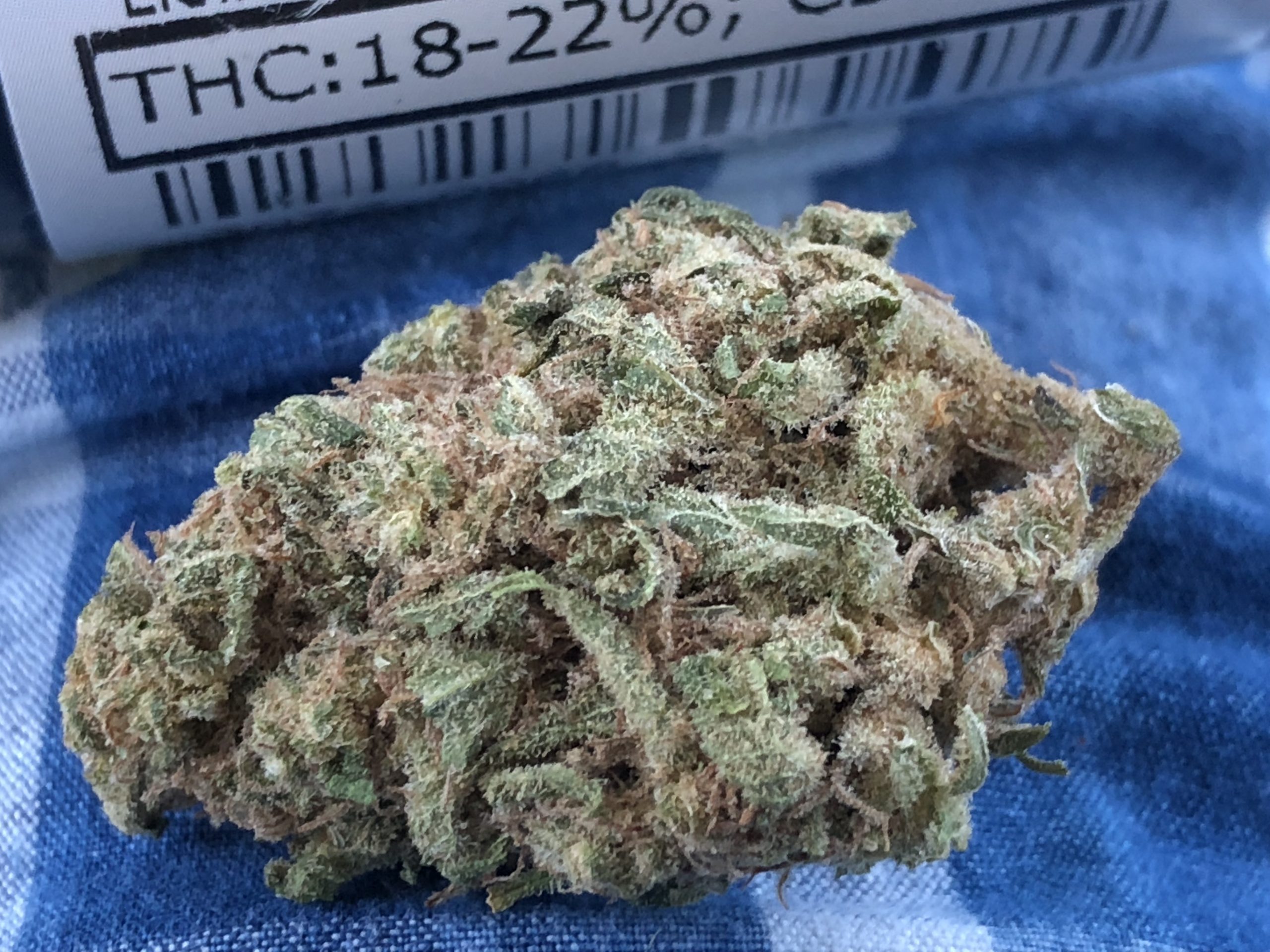 Grape Skunk[/caption] In the morning, I made my way to Good Chemistry in Aurora, rather than bother traveling into the heart of Denver. The shop itself was nice, spacious, maybe a little dark, but not so much that it affected seeing the products, and the staff was courteous. I ended up getting a couple grams of concentrate, some Chronic Creations Sour Amnesia Shatter and Viola Lemon Skunk Live Resin, along with the Critical Kush and Grape Skunk flower, and a pair of Firestarter caviar pre-rolls. My eyes are always bigger than my appetite at the first dispensary I visit on a trip. The Firestarters were disappointing- I think they said there were three quarters of a gram worth of high grade concentrate inside but the potency seemed flower-level to me. The Sour Amnesia Shatter was decent, not exactly bursting with flavor, but reasonably priced and potent. The Lemon Skunk Live Resin was excellent, full of tasty large crystals the kids are calling "diamonds." I stopped by Culta's shop in Baltimore recently and their diamonds go for $160/gram.  While a decent product, they're a bit shy of the quality of the $40/gram Viola diamonds I got at Good Chemistry. For those of you playing along at home, that's a 400% increase in price f or Maryland medical marijuana patients to pay for medicine versus Denver recreational customers. Yeesh. 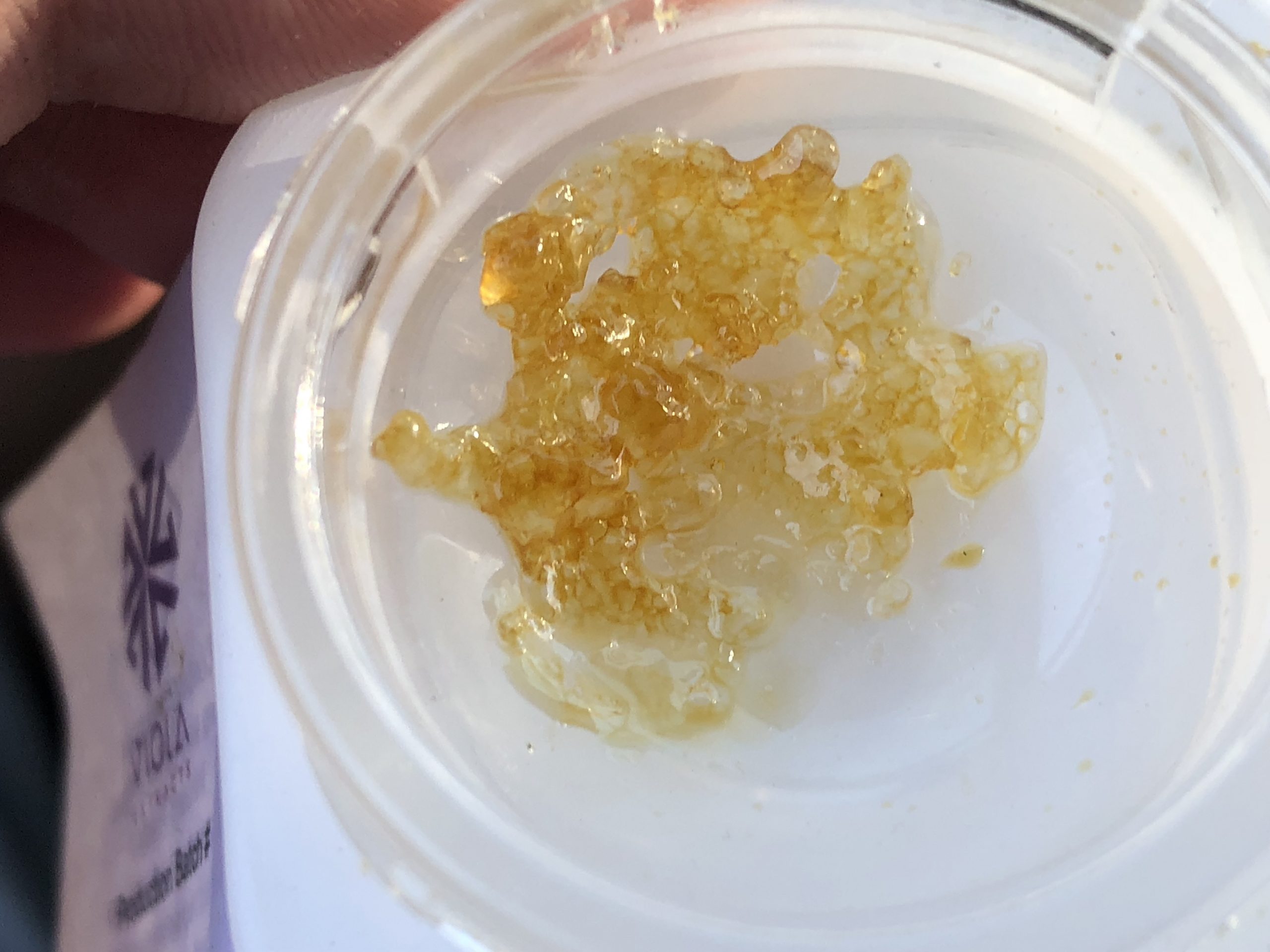 I really liked the Viola Live Resin, but Good Chemistry's flower was my priority for review, so I found a motel that allowed smoking and got to work. This ended up being the Knights Inn in Aurora, cuz once I had the pot I had driven 1500 miles for, I wasn't inclined to go any further. I should have. Again, in hindsight, staying at this dirty, dirty motel was a poor decision, and you should avoid it at all costs. In a state of heightened paranoia, I had forgotten that the Denver hotels, even some nicer ones, tend to overlook cannabis consumption from their guests, and I would have been fine staying downtown. [caption id="attachment_11297" align="aligncenter" width="3408"] 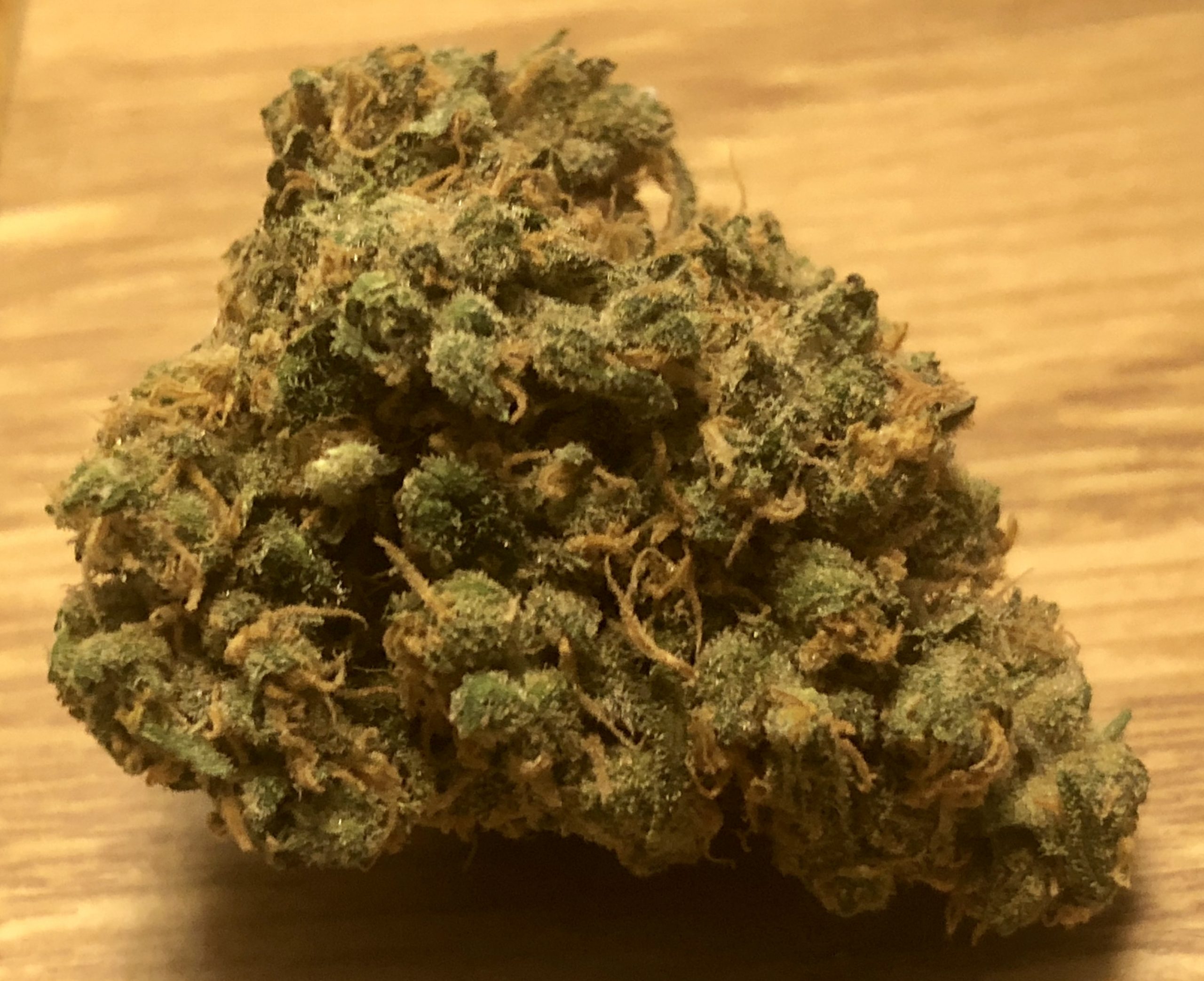 Critical Kush[/caption] So how does Good Chemistry's flower measure up to their own guide of quality? Not bad, not bad. Both flowers exhibit solid structure and good trichome coverage. The Critical Kush had a sweet nose and smooth flavor, markedly different from the spicy scent profile of the CK I fell in love with at the DC medical dispensaries (grown by Liberty/Holistic Remedies), but the primary effect I use this indica for- a good night's sleep- worked like aces. I was pretty happy with this flower. The Grape Skunk hybrid, on the other hand, smelled like a mix of gas (good) and hay (bad). It was rather flavorless and a bit lacking in potency, too. My friend and I snuck some in to the Grandoozy Festival, whose impressive lineup included Young the Giant and the Queen of the Elves herself,  Florence + The Machine!!! They were, like, the very top band in my bucket list to see, and I didn't even know they were playing til I got to Denver. I missed out on tickets for their show this Saturday in DC, but you lucky bastards that got 'em are in for a show, man. I don't want to spoil it for you, but I'll tell you now, you want to be in the very front row, it is worth it, camp your butt there. And if anyone has a spare ticket, I'd gladly go again. Sigh. They were amazing. Starting off with the classic Only If For a Night, hitting my favorite singles from their recent smash album How Big, How Blue, How Beautiful, a couple from the new album (Hunger and South London Forever), we were also blessed with Shake It Off and a dubstep-free version of the Calvin Harris collab Sweet Nothing that, I don't mind saying, brought a tear to the Gentleman's eye. I'm only human, after all, and who among you can withstand The Machine? Throughout, the Grape Skunk kept my spirit up, my mood positive and open, unperturbed by anxiety. I wasn't, like, soaring, but it did the job, no complaints. Overall, I wanted to see more from Good Chemistry than I did- the Critical Kush scent profile should have been stronger, Grape Skunk's better, but they did well enough that the Gentleman felt the STATS Guide standards were, if not honored, at least hung somewhere conspicuous in the building. If we were looking solely at the concentrate, the Chronic Creations shatter met my expectations, while the Viola exceeded them. I can certainly recommend Good Chemistry's dispensaries, though I'd skip the Firestarter prerolls next time.