Gelato Flowers from Capital Buds Alright, my precious, penumbral pets, your patience is finally rewarded! Your Gentleman has returned from the desert- 110 degrees and less sweaty than walking around in the District's humid muck- with a new DC flower delivery service to clue you in on, as promised! Capital Buds has their menu listed on Where's Weed- I've got mixed feelings about that site, as some of the reviews on there look fake (which is why a thing like me exists, folks) but they do have detailed gift menus, which I like very much. I checked out Capital Buds' premium indoor Gelato and I like that very much, also. But, uh, hey. There's a lot more of you than there were a few days ago thanks to the Washington Post and the mind-boggling number of outlets the story has been picked up on. I think an introduction is in order. Hiya. I'm the Gentleman Toker, but you can call me GT for short. All the cool kids do. I have been writing reviews of the gifts folks give out under Initiative 71 for a year now, grinding away at my keyboard, hoping and wishing that you - yes, you, you sexy beast- would eventually find it. Hooray! Hoping and wishing was all I could do, you see- the other big players in DC have been censoring me, perpetrating a media blackout against me since before Day One. That's why I made this website, so I could say what needed to be said without anyone being able to take down my posts or boot me from their groups. I'm just a misanthropic loner, I didn't have the connections to push through it on my own- I'd have to play their game if I wanted to play in this town, run around sucking up to everyone. Pass. So let's talk about how I handle things on the site. I'm big on transparency and allow y'all to see as much behind the curtain as I can. You're gonna have to wait for my book for the whole scoop of Froyo on Initiative 71, though. In DC, folks who think they have excellent gifts reach out to me- or I see them on social media and reach out myself- then they donate a bit (a quarter for flower, a gram for concentrate, and edibles are a special case cuz of my tolerance) and if I agree with their assessment, then I write a review for it here on the site. If you have a positive review on the site, you can buy advertising space. I don't bother writing negative reviews about average bud, but I do call out truly egregious infractions when I see them. Like Metropolitan Wellness Center, a goddamn medical dispensary, selling flower for $600+ an ounce. Those prices you see on StickyGuide? Yeah, not discounted when you buy them at the oz rate. The reason the ounce prices are no longer listed, my friends, is me. Like every medical dispensary in town selling crappy concentrate for $100-$150 a motherfucking gram (it's getting better but you're way better off hitting the rec scene). Thank you guys so much for taking so much of my money and pissing me off enough to start this website. Appreciate it! Like High Speed being featured on legit news program across the area but they serve crappy mids. That guy has media connections, that's the only explanation I have for how he got his service on TV. From what I hear, his buds haven't improved a bit since my review. Always happy to take another look when they do! Allowing advertising from the services I review is a tightrope, admittedly. But I do a damn good job walking it. And what I've also figured out is that this bend gives those who get bad critiques an easy out by claiming they didn't give me anything while other folks did. See, if you corner a snake, it's probably gonna bite you. Give it some space and it'll slither off, boss. It's win/win. But outside of DC? In legitimate legalization states that are bringing in billions of dollars? You're gonna get some 'meh' reviews along with the good and the bad- my time in your lovely cities is limited, for now. You're big boys, I'm betting that you have enough invested in your businesses and the cause in general that you can handle a solitary lunatic yelling at you over the internet. I write negative reviews because I want a better market for consumers and patients. It's not personal, even when I start cussin' like Kid Rock's roadie, which I will. In twenty years, I don't want to buy shitty, overpriced bud from the store because that's all anyone can get, because I didn't fight hard enough when I had the opportunity. No, sir. I will have a voice in this industry. 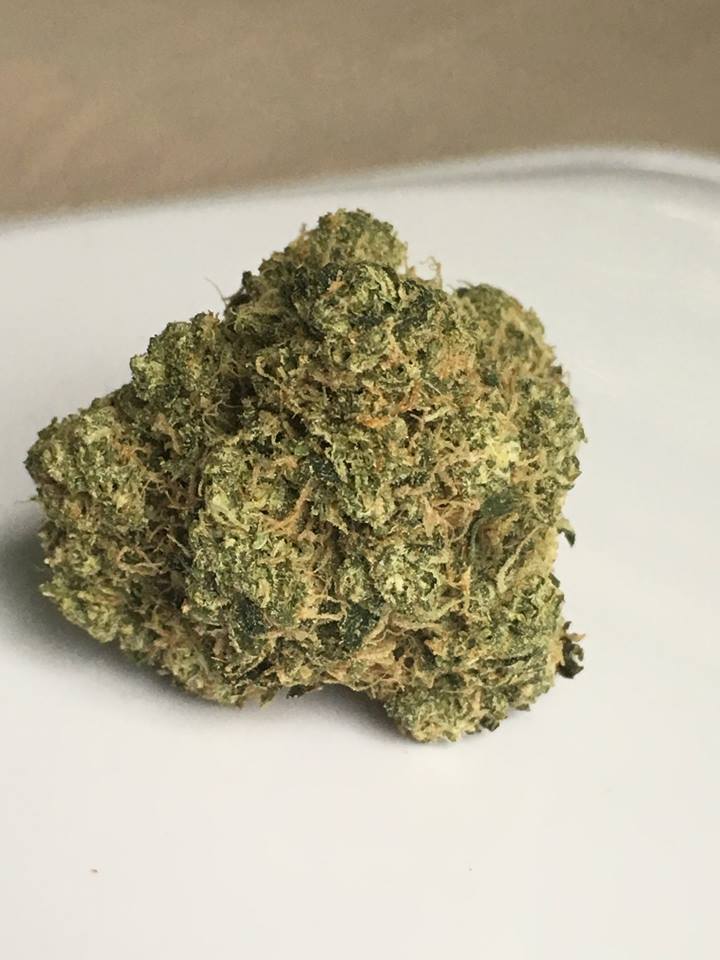 Today, I'm going to use it to tell you about Capital Buds' Gelato. I'm not too shabby with the segues, either, huh? Stick around, I promise it's a lot of fun. So long as you're not down with the GOP! You're more than welcome to sit here and get cussed out if you want, though (don't worry, TLDR peeps- I always put the rants in the middle so you can skip em). As I mentioned earlier, the gift menu for Capital Buds via Where's Weed is very transparent and will not confuse newcomers to the scene. The selection of flowers available is robust and you'll be sure to find whichever you prefer from various indicias, sativas, and hybrids. What I really like about the menu is the grow details Capital Buds provides for each strain, letting you know whether this was outdoor (the lowest tier), greenhouse, or indoor (highest). The Gelato wasn't their highest-end strain, just one shy, but it'd be a bad look to fill this site with reviews of Gorilla Glue #4 from a dozen different places. So I went with Gelato and was very pleased with my choice. This is some truly excellent flower. Thick, hearty nuggets lacquered in trichomes entice the eye, but it's that exquisitely sweet, creamy scent profile that really grabs my attention. Pure goodness. This hybrid leans heavily indica and is very relaxing. I can feel a very natural buffer to my anxiety that doesn't put me to sleep immediately, but will ease me into it after a couple hours. It does inhibit my cognition. I can think through it, but it's an effort. I'd rather watch It's Always Sunny until I'm ready for my afternoon siesta. I may be back from Vegas, but I'm still on vakay, baby! That's right, I got a real gig just like the rest a' yaz. It's always a beautiful day here at GTHQ when we find some premium cannabis gifts to tell y'all about, especially for delivery. I know what you like, baby! This Gelato from Capital Buds gets the Gentleman's highest marks. Here's the link to try em out for yourself. Toodles!