DC cannabis delivery newcomer Local'd has the right idea. They've got some of the prettiest buds I've seen around town in the past year, but in a fit of brilliance, that's not the point. Demonstrating the dynamic power of Initiative 71, Get Local'd partners with new food & beverage companies to give them an unparalleled edge at raising consumer awareness. In their first DC campaign (they're planning to open up in Boston, too), they're promoting Berg Bites- tiny, delicious, nutrition-packed energy balls. I love energy balls!

VISIT LOCAL’D! Meanwhile, though, the fate of our Nation's Capital hangs precariously balanced over the edge of utter disaster. Chaos. Conspiracy. The news grows more dire daily, so once more, your Gentleman is forced to take up his jodhpurs, mount his fire-breathing Elven steed, Francis Jr., and ride again to free this city from the diabolical clutches of a power-mad, egomaniacal autocrat. I am referring, of course, to Daniel Snyder, owner of the long-suffering Washington football franchise. Who were you thinking? For the second consecutive year, Mr. Snyder, you have failed to reach a long term deal with the franchise quarterback you stumbled ass backwards into. Mr. Cousins wants to be paid like a top tier pig-slinger.  He played great (25 TD, 12 INT, nearly 5,000 passing yards) in a year he bet on himself, but didn't win enough that you think he's worth that Aaron Rodgers Discount Double-Check. Problem is, and please listen carefully, There is No One Else. You're a businessman, I assume you're familiar with the concept of a seller's market? It is time to pony up, sir. Andrew Luck got re-upped despite a down year because There Is No One Else. The Ravens had to evaluate Joe Flacco (post Super Bowl, yeowch) and he was clearly never gonna be the next Brady, but Baltimore took its medicine after it looked around and saw There Was No One Else. The Texans tanked on Osweiler for megabucks, sure, but when they got to see as much as you've seen of Cousins, B-Rock once again proved for the viewers at home that There Really Is No One Else, You Guys, Seriously. Look, this is a league where you either have a quarterback or you don't. Once upon a time, you paid premier DB money for scheme-reliant Strong Safety Adam Archuleta because that's just how you rolled in the offseason, baby! You paid Albert Haynesworth his weight in golden cheeseburgers, then pissed the pass-rushing diva off insisting he plug the nose of your new front because the number of fucks you gave didn't even get close to zero. And Danny, oh my Danny boy, I remember when you paid the withered ghost of Donovan McNabb just to sniff the lingering farts left in the room by a once-decent starting signal caller. Now, with a real QB on the line, you're telling Washingtonians that your wallet can't get it up? Let's talk about that gorgeous bud from Get Local'd. These folks reached out right before their recent launch with some flower samples for your Gentleman to try. The plump green buds were jaw-droppingly gorgeous, perfectly manicured, and dripping with trichomes. At a glance, this appeared to be artisanal cannabis at its finest, but I was dismayed to find that each smelled like hay. I've brought this defect of an otherwise fantastic gift to their attention and your Gentleman has been assured it will be addressed forthwith. Onward! [caption id="attachment_1785" align="aligncenter" width="720"] 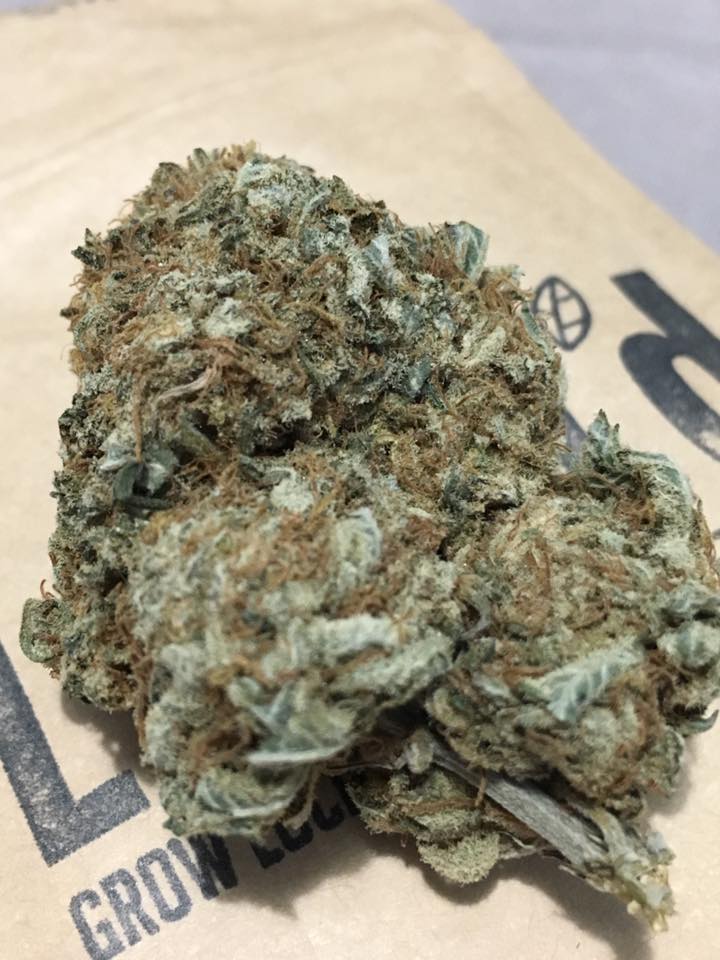 Red-Headed Stranger[/caption] The first welcome guest in my bowl is the Red Headed Stranger. I've never smoked this particular sativa before, which takes its name from an extremely disturbing Willie Nelson song. The flowers themselves were quite invigorating and I often found myself pacing about as I smoked. This restless energy made it difficult to catch up with an old acquaintance, however, as I couldn't sit still with tasks on my mind. Definitely recommended for your evening jog or some other active, kinetic pursuit, like Fight Clubbing. A better choice for your yoga class or some quality Netflix time is the Key Lime Pie. Another flower I happily crossed off my bucket list, and my favorite of the bunch, the Key Lime Pie delivered precisely the mood enhancement and anxiety prevention I require from my medicine without making me drowsy. This effect is a bit more potent than I'd suggest you use if your honey-do list contains any action items that require some brainpower to accomplish, but you're sure to have an enjoyable, relaxing evening when you're finished. You did finish everything, right? Right, honey? [caption id="attachment_1786" align="aligncenter" width="720"] 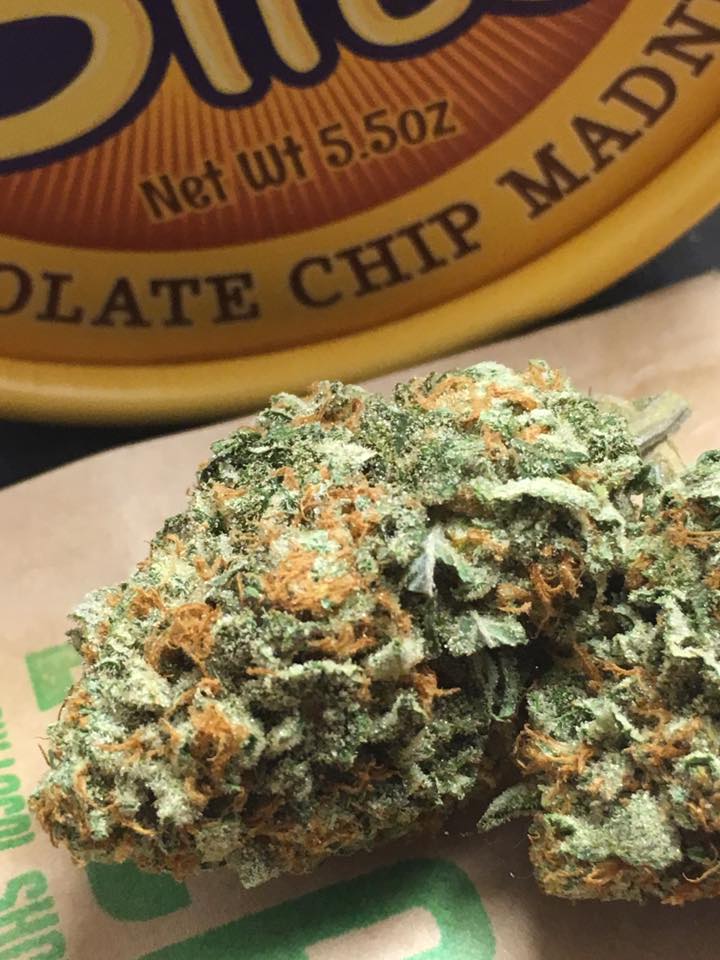 Key Lime Pie[/caption] The ubiquitous Girl Scout Cookies from Get Local'd ranked high among other samples I've had of this flower. This stimulating, uplifting sativa had me in giggling fits as I birthed Escape from Mar-A-Lago from my sordid brain-womb in a single evening (with my standard verve and panache, naturally). But since you're probably the kind of freakazoid that prefers spending time with other human beings over the figments of your imagination, these Cookies are a good bet to extra Happy up your social Hour. [caption id="attachment_1787" align="aligncenter" width="960"] 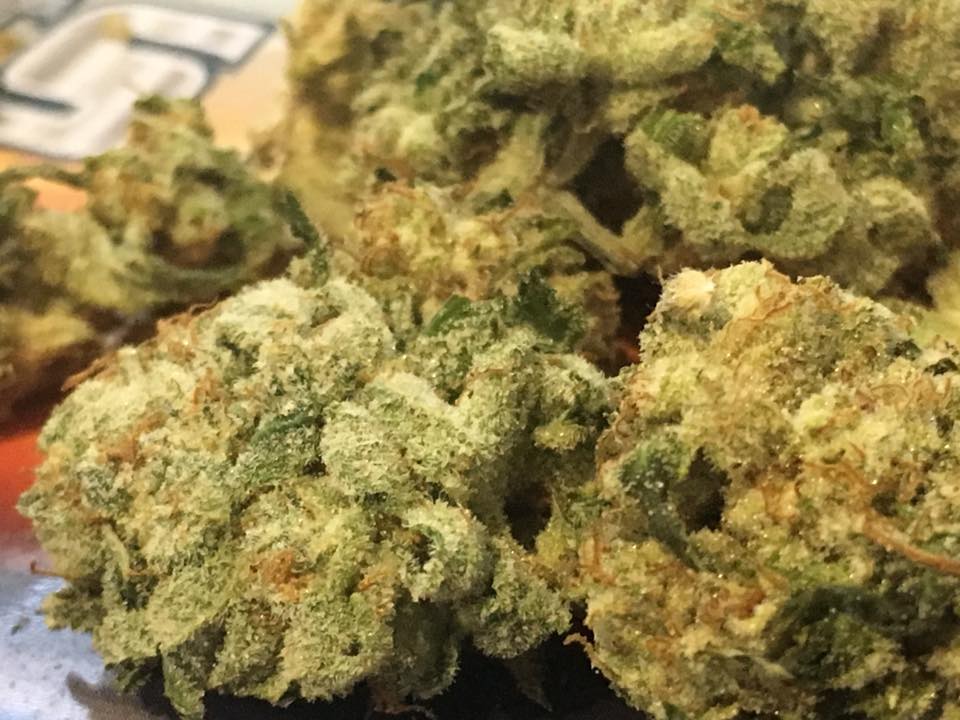 GSC[/caption] All told, I was pleased with this first effort from Get Local'd and expect the future to be even brighter for a sharp, ambitious young company that knows how to exploit the full potential of Initiative 71. You can find their website here.