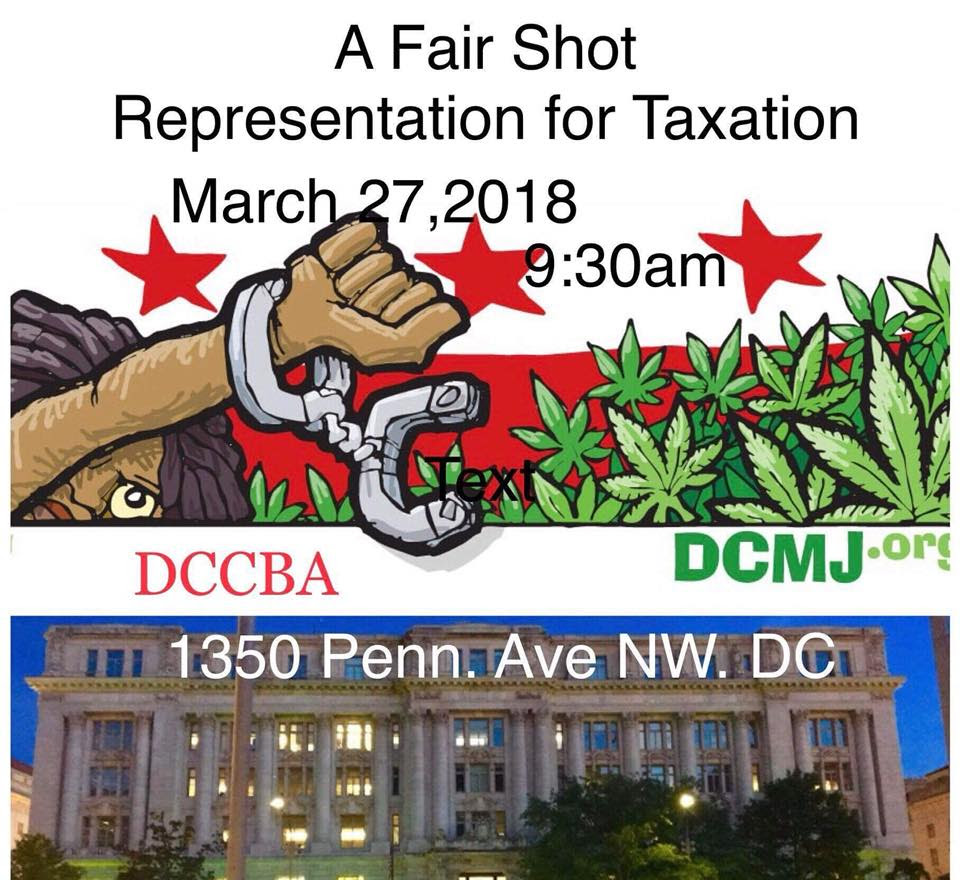 DCMJ, if you're unfamiliar, was the driving force behind Initiative 71, the District law that allows for growing, possession, and sharing of ganja. In the post-I71 blissful chaosalypse, they continue their important work to advance the rights of cannabis enthusiasts and medical patients alike.

DCCBA is one of the business associations that popped up after the raids started- probably something we all should have foreseen a need for sooner, YT included, but hey. We'll know for next time. Anyhoo, if you like I71 and think, like I do, that the brands deserve a fair shot at going legit when the Harris rider is removed, then show up at their event tomorrow AND get FREE WEED! Ok, per DCMJ's newsletter:

We are looking forward to tomorrow's demonstration & cannabis popup at the Wilson Building. We've confirmed that there will be a bunch of joints, buds, and cannabis seeds given away tomorrow. How many? That's up to the number of activists that show up and demand change!

DCMJ and the DC Cannabis Business Association want the District Council to:

The rally will start outside of the Wilson Building along Pennsylvania Ave. at 9:00am and go until about 9:30am.We encourage anyone who has something to say concerning the demands to be empowered to speak on the microphone. At approximately 9:30am we'll enter the Wilson Building and make our way up to the 5th floor. Outside the District Council chambers we'll have a cannabis popup, where volunteers will give out joints, buds, and cannabis seeds until approximately 10:30am.

IMPORTANT: In order to go inside the Wilson Building, you will need to pass through a metal detector and show your government-issued ID.