Dusk fell upon Traveller’s Road with a chill wind.  Binding my cloak against it’s bite, my eyes searched the wood ahead for the evening’s shelter.  It was then that the dark clouds overhead, which kept the glow of the heavens for themselves like a tall crowd round the gallows, roared and issued their own angry, sudden bolt of light.  An elder tree absorbed its impact and exploded in an instant, the old wood shattering like fine glass.  I ran towards the ignited base that remained, to warm my cold bones by its flames, but was astonished to find faces staring back at me.

“Heathenry!  Blasphemy!  Witchcraft!” I exclaimed, as though recognition alone would ward me from the warped machinations of these escaped spirits.

“High There!” amusedly called two voices within the fire.

My brow narrowed. “What manner of creature art thou?” I rasped, because I am going all-in on this bit.  I heard whispered arguing as the image flickered between faces and strained to listen.

“He doesn’t usually bring people into his dumb stories,” insisted one.  “He’s going to make us elves, do you know that?”

“Elves are cool and beautiful,” replied the other silkily, “Everyone knows that.  Let’s just go with it.”  A single visage resumed control.  “La, sir.  We are the Mistresses of Potions at the Guild of Leaves, the Baked Baker of DC.  And thou, stranger?”

“Bard and rogue,” I replied, intrigued. Deftly, I remove a preroll from my leather pouch, a match illuminating my own face as I draw on the sticky icky. “A bastard of ill repute.  Some that know me call me the Gentleman.  I bark at the Goblin Markets for my supper, and sing the praises of the treasures found within.”

A great flash!  A gale forced me from my feet and landing roughly on my back, found only slight comfort at the familiar sight of the Stag dancing high among the Stars.  Groggily, I regained my footing and saw beside the fire two resplendent celestials, in robes of radiant white wreathed with blue ivy.

“It is fortunate for you that we meet, traveller,” speaks one.

The other nods, “for the road ahead is full of dangers.”

“Our Elvish elixirs are most potent,” the first continues.

“Our elemental ethers will aid your odyssey,” finished the other.

I had barely breathed my thanks before they vanished. In place of the extinguished flames were a brown jar, a red bottle, a bag of blue fluff, and a hard, yellow medallion.  Stuffing each into my pouch lest brigands attracted by the wonders come upon this bounty, I pressed ahead into the night.

No, Fritz! That’s a bad robot!

It was days before the yellow medallion hummed for my attention.  Approaching the skull-lined Maze of the Bozzamet with trepidation, I found the hard candy to taste heavily of my favorite flowers, and an hour later, my mind excited by arcane energies, the Crab Dragon was sedated, the path through navigated, resolved at the base of Mount Charnel. 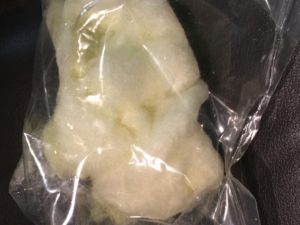 Here I felt the call of the cloudy blue bag of cotton candy.  The wispy treat tasted exactly like that I remember from the fairs of my youth, and thoughts of better times uplifted my spirit.  As the Sylvan magics took hold, I felt the rock slipping from my grasp.  Climbing no longer, but floating upwards at rapid speed, the treacherous mountain was no longer an obstacle.  I descended pleasantly, my feet touching down at Still Valley. 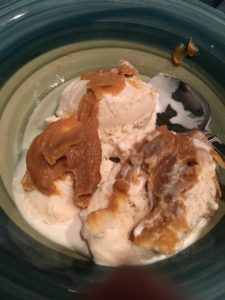 The moon was rising.  I didn’t have much time before the Wraiths that inhabited this necropolis awoke.  My fearful thoughts would lead them to me as surely as blood to sharks.  Hurriedly, I took two heavy spoonfuls of the infused caramel sauce.  It was pleasantly sweet, with just a hint of cannabis.  Fatigue crept quickly, my eyelids becoming increasingly heavy until I fell into a deep, dreamless slumber until daylight came to disperse the shades of the Valley.  After a good night’s rest, I was in good spirits to resume my trek. 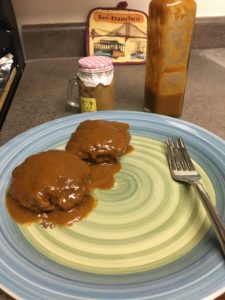 In the Plains of Oshanna, as I neared the end of my journey, I was set upon by a Mad Wog.  With a snort of indignant fury, blood-crusted tusks sprouting from the mass of fur and scars, the beast charged, but my Quellsong broke the beast’s charge.  It had my scent, and would not be dazed long.  I knew a story of one merchant whose caravan had intruded upon the territory of a Wog, and thinking the beast mortally wounded, was startled to find it in his bedchambers three weeks hence, its death-rage having carried it miles inland to exact revenge.  My steel dagger finished this one’s tale in one final stroke.  I prepared a spit to roast the bounty, and soaked the meat in the infused BBQ sauce.  The savory tang added unique flavor and produced a strong body stone along with a clear-headed, content mood.

It was indeed my good fortune to roll DC Baked Baker on the encounter chart a few weeks ago.  These nice elves have a variety of edibles to rival Keebler, and they have flowers and vape oil on the menu, too.  Everything was made from a combination of CBD rich canna-butter from trim and an indica-leaning concentrate, except the BBQ sauce- that was butter only.  The cotton candy stands out as my clear, tasty favorite that I could see that being very popular at events and also, eating just a stupid amount in one sitting. But leave room!  The Gentleman hears the elves are baking up pies for Danksgiving.

You can find DC Baked Baker on LeafedIn.org and Instagram.