Okay, so Halloween is over, but there's no reason to freak out or anything. The weather is still nice, there's been minimal friendly casualties thus far in the war versus Neegan (how cool is it that the show's been based just down the street in Northern Virginia the past few seasons?), and DC is blessed with a cornucopia of cannabis thanks to Initiative 71. But we're not looking at any of those brands today! Nope, we're gonna do something a wee bit different and review a few El Primo subscription boxes that Daily High Club sent your Gentleman to check out. It's a Blue Apron sorta deal but contains an assortment of smoking essentials and nifty doodads for marijuana enthusiasts such as moi and presumably, you. Why else are you here? I told Jimmy I'd have his money on Tuesday! Wait- what are you doing with that spatula? No. Wait. NOOOO! Daily High Club's El Primo box is the highest of their three tiers, costs $30/month, and always comes with a new piece of glass. I've compared the three boxes they sent (which comes with a handy list of the items contained) to determine the essentials you can expect, to wit: one lighter, one pack of rolling papers, one pack of tips, one pre-rolled cone, one package of two blunt wraps, and a monthly set of stickers. I feel kinda silly being a professional weed reviewer whose hand-rolled joints look like Baby's First Papier-Mache, and DHC has given me plenty of materials to destroy as I work to shore up my jay game. [caption id="attachment_2951" align="aligncenter" width="720"] 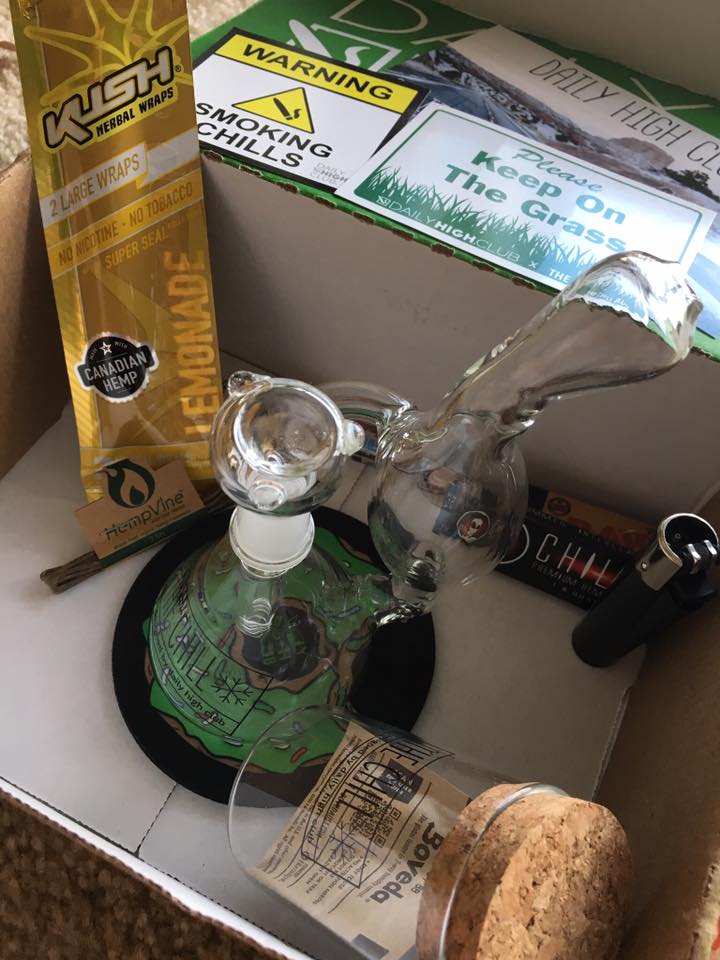 the August box[/caption] The brands of these essential items changes each month except for the blunt wraps- each box I got contained a different flavor of the nicotine-free, tobacco-free, 100% Canadian hemp Kush (blunt) Wraps. After that, we get into the doodads, and Daily High Club's selection of such has yielded many helpful items- between all three, I got different hemp wicks to try out, tubes to hold my joints, a glass jar with a little Boveda pack in it, a little plastic mat for a bong, a cigar splitter, a roach clip, a RAW Hydrostone (to keep your flowers fresh), an air freshener (nice!), a plastic weed sack that looks like a tiny exit bag, and a Debowler ashtray. I've had a Debowler before and I'm not a fan- it's an ashtray with a poker built into the middle of it, but the poker is too thick to really get into most spoon pipes and the lightweight plastic basically makes it dangerous to keep outdoors with the wind we get around here- it could easily go flying and put somebody's eye out! Your mother will be so disappointed. [caption id="attachment_2952" align="aligncenter" width="720"] 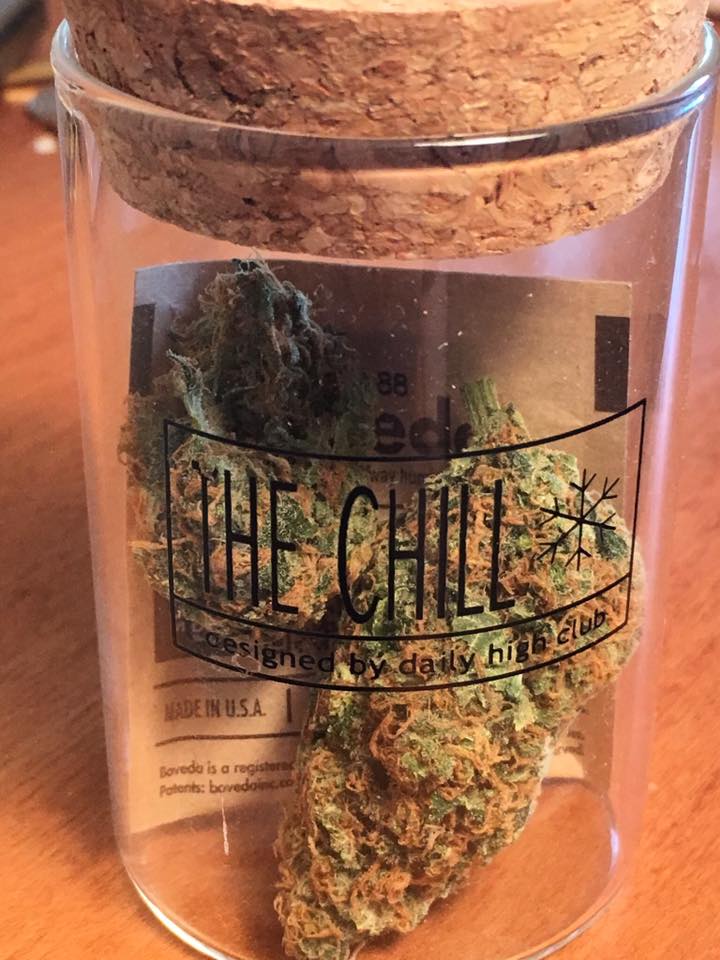 Weed not included. C'mon, man.[/caption] The glass is the star of the El Primo, so let's take a look at the pieces we got. First, the Sucios Grenade Bowl, which is basically a fat-assed spoon pipe. The cool thing about it is that the large chamber holds a lot of smoke. After the first hit, you've got a second hit already loaded, cooled, and ready to go. Now, to state the obvious, it looks an awful lot like a grenade, which seems silly, but I've decided is actually very cool. Post-apocalypse, it could come in very handy to have a fake grenade when negotiating with Neegans, at least in the dark. And I know I won't lose it cuz I'll be smoking weed out of it. Gold star for the forward-thinking stoner/prepper that came up with this. 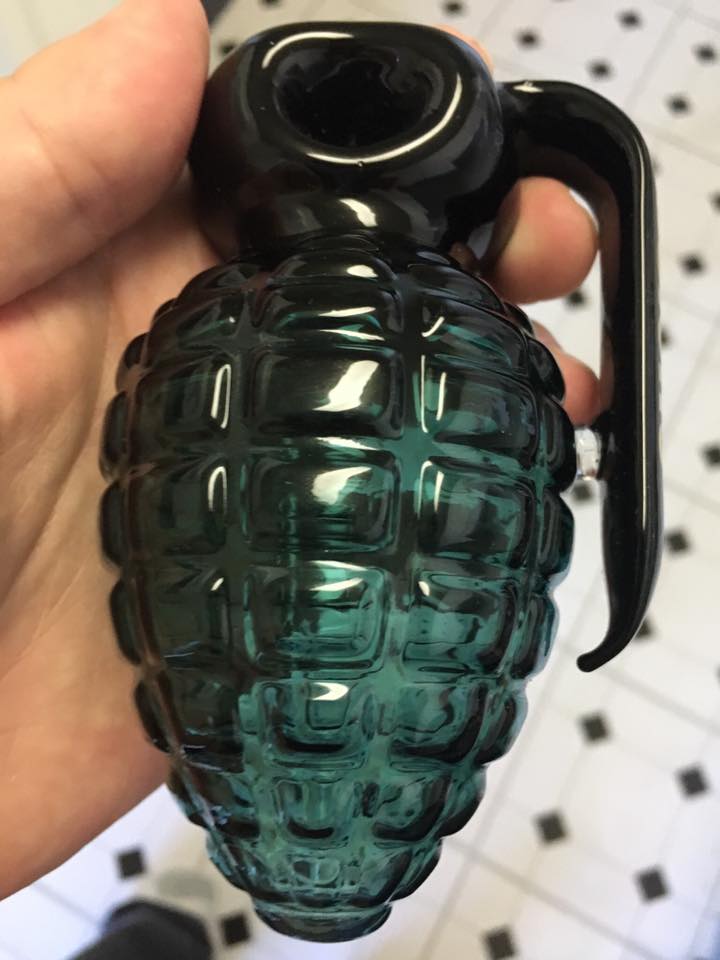 The Chill Bud 14mm recycler is built more for form than function- the smoke looks gorgeous as it fills the tube, but I don't seem to be able to get the water to the level where it will bubble without getting some in my mouth. While that Daily High Club piece has sat on the shelf, the Dank Tank has become my new daily driver. Yes, it looks like a tank, which is a bit young for a nearly forty year old guy with gray hair to be playing with. Redesigning it to look like a wild Squirtle would resolve these concerns. DHC's Dank Tank's function is fabulous. The wide, flat base fits comfortably in my palm and also keeps me from worrying I'll knock it over- heck, I can set it down on the couch. Most importantly, the Dank Tank consistently produces smooth, tasty hits. FYI, I find it helps to tilt it forward slightly when using it. 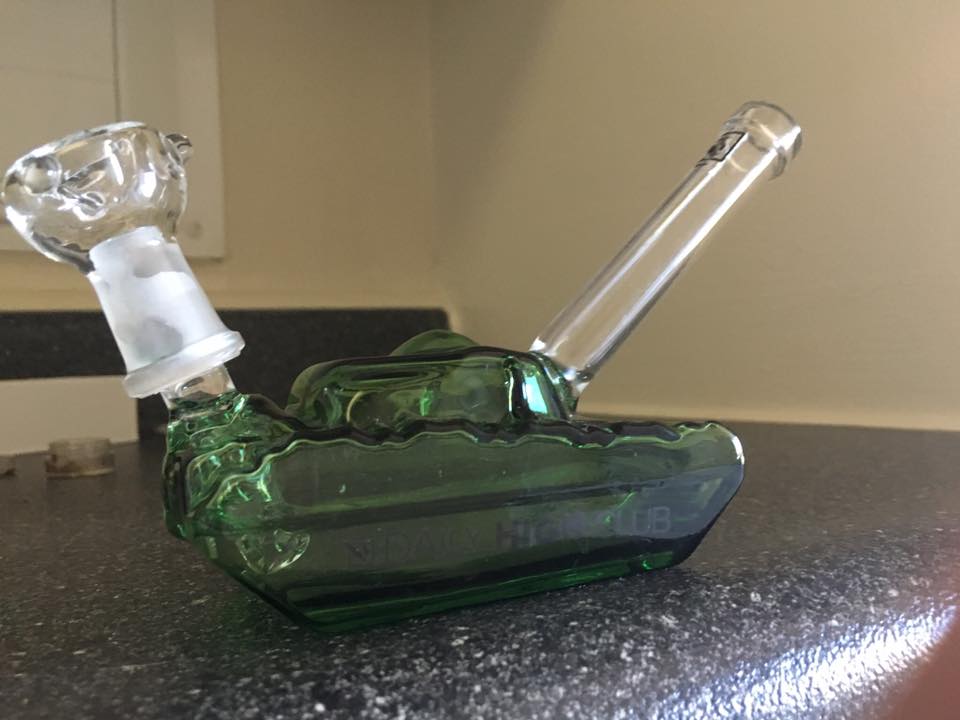 Overall, the usefulness of the Daily High Club boxes exceeded my expectations. DHC's boxes provide value for new (and returning, hey Grandpa!) marijuana-smoking enthusiasts and patients to build their toolsets or seasoned heads to pick up the odd missing piece from their collection and try out new products. And who couldn't use fresh glass each month? Less time cleaning, more time smoking. The Gentleman approves.