I just found out about the most awesome new delivery brand, DCBudHub, and wanted to tell you beautiful people about it right away! DCBudHub does what I've been hoping someone would do forever- deliver cannabis gifts from some of the awesome Event brands that you've seen me review on this site. Khaos Confections infused edibles are available, along with District Connoisseurs top shelf flowers and extracts, goodies from District Dabbers, Rolling Stoned Inc, and certainly not least, Butter Nugg Cookies. Butter Nugg has been around the DC scene since Day One. Literally, I remember meeting them at their booth at the cannabis festival held at the Mayflower last spring that kicked off what would become the Wild, Wild East of Initiative 71. Your Gentleman has finally got to see what all the fuss is about. Mostly cuz I came down with a little bug and dab coughing was uncomfortable, so I decided to eat my meds instead. Ugh. Too many beers, too many cigs in Vegas, and too many of those shrill, runny-nosed expectoration machines some of you have bred runnin' round my airplane. Blargh. Butter Nugg Cookies are a simple concept executed extremely well. It starts with a basic sugar cookie, colored green (of course), with coarse sugar sprinkled on top. There's a bit more to it than that- Butter Nugg is one of the few brands I've seen around that lists all their ingredients right on the package. Very professional! Where it all goes so wonderfully right is baking the butter with strain-specific rosin- in this case, Wedding Cake. Each cookie contains a 75mg dose. I got two. I ate two on a mostly-empty stomach (this bug is wreakin' havoc on my appetite) about 8:30pm and hoped they would work, y'all know how my tolerance is. 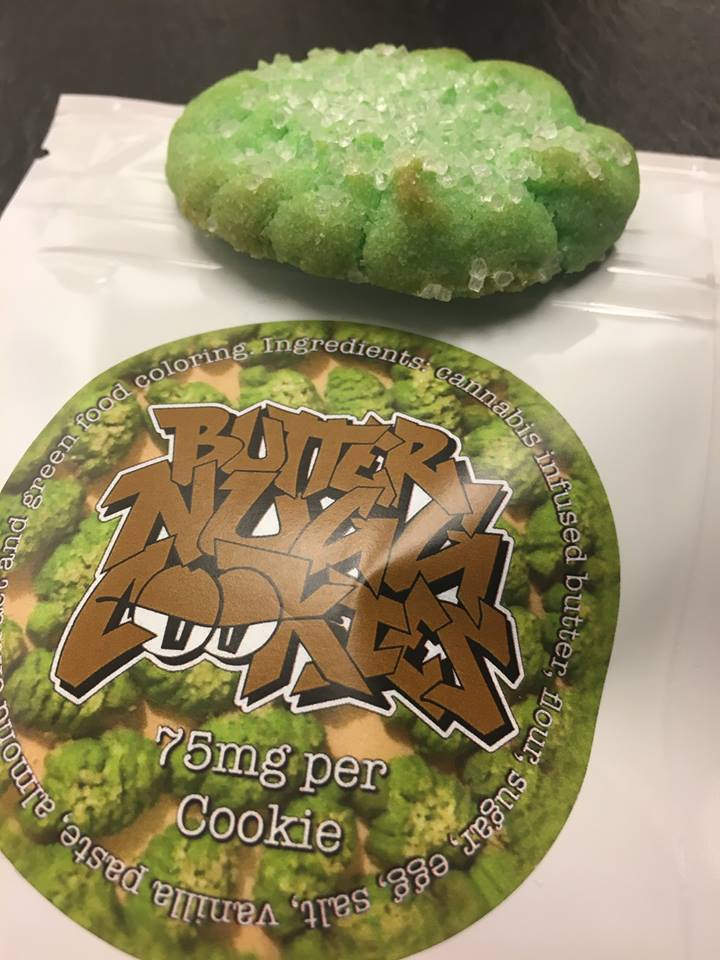 An hour goes by and nothin. Another half and I'm ready to abandon hope, so I get after my Oatmega bar while convalescing in bed. Five minutes after I've finished, I get up to feed the nicotine beast and it hits me all at once. Huge head rush but that lightheadedness stuck around for an hour, along with an uplifting, energizing sense of well-being. I was hoping to crash into those dark, blissful waves of sleep, but the fire in my brain didn't burn out for a couple hours. 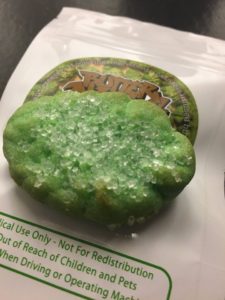 Life, right? It comes outta nowhere, spills all your carefully laid plans on to the floor, and smacks you til you call it 'Sir.' And I didn't see DCBudHub coming, either, but I've been hoping this bridge between you, my delivery-desirous readership and the many excellent event gifts I've reviewed, would be built sooner or later. Now it's here, you just gotta Follow DCBudHub on Instagram. Go bananas, my salacious, salivating simians, and make sure to pick up some Butter Nugg Cookies while you're at it.