Step with me, won't you friends, through Bodhi High's Vortex for your latest review from the other Washington. You know, the big 'un, next to Canada, a real state where your vote actually matters? Alright, let's not get carried away, ultimately all is decided by the ruthless, shape-shifting reptiloids who hold this planet's fate in their ancient, cold-blooded talons, but you know what I mean. If your vote mattered, DC, you could have weed stores, and then you could have Bodhi High, one of my favorite brands, but instead you have to fly to Seattle to visit Herban Legends if you want to find some of this most excellent terp sugar (or one of their many other retailers. Jealous?)    [caption id="" align="aligncenter" width="500"] 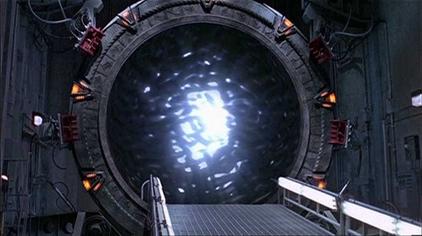 Unless you have a better way to get here?[/caption] Vortex. Not Ultra Vortices OG or Martian Vortex Cookies. We're discussing cannabis, not playing Magic The Gathering with your LARP troupe. A refreshingly simple name, but what, to quoth the Bard, is in it? Let's talk about a resource for real chronnoisseurs like your Gentlemen. It's called Seedfinder. No, it's not ‘like Leafly,’ don't embarrass yourself. Leafly was designed to serve California’s unregulated medical market and although they’ve come a long way, their ‘strain explorer’ has outlasted much of its usefulness. Leafly certainly did prove that people everywhere are thirsty for cannabis knowledge! When it comes to today’s adult-use commercial market, the additional menu functionality that Weedmaps provides is more useful, but we're getting off topic. Go check out EN.SEEDFINDER.EU.? [caption id="attachment_2342" align="aligncenter" width="768"] 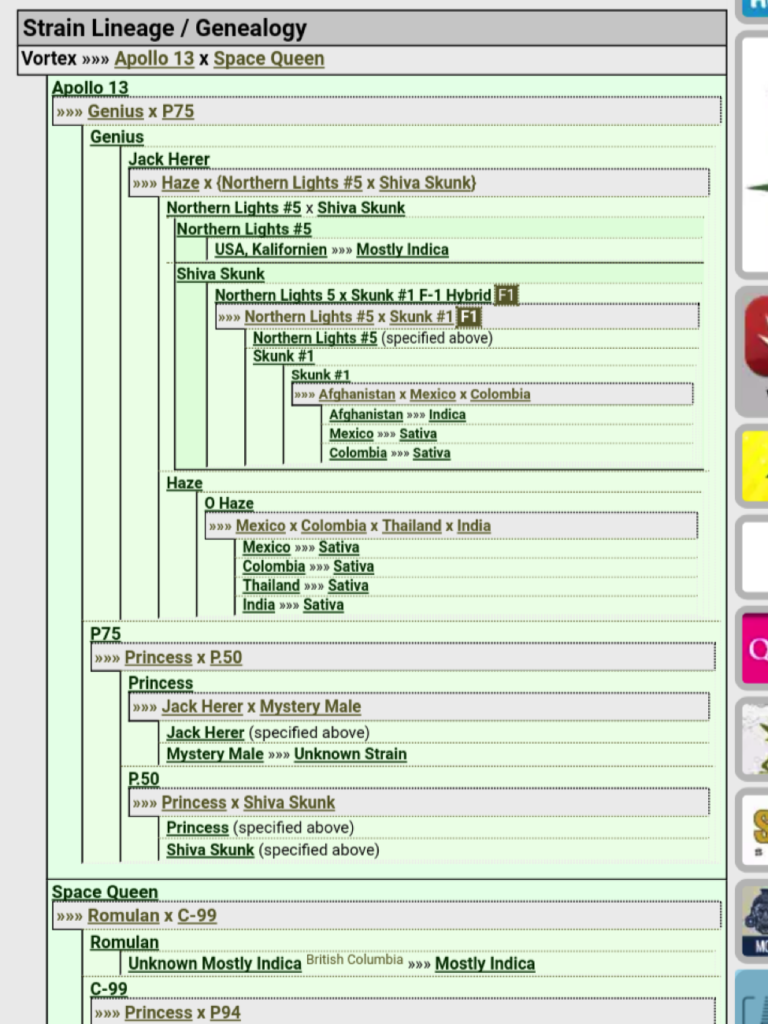 Data, baby. Come get some![/caption] The look and layout are dated, but it has an active, thriving community and most importantly, the information is standardized. Yes, S- T- A- N- D- A- R- D- I- Z- E- D !!!  Oooh, I can't wait to go on a full-on rant about standardization in the cannabis industry, but for today, here's what I want you to know: legalization means public access and public access means standards- for everything. When it comes to cannabis cultivars, Seedfinder's got standardization and Leafly doesn’t. Leafly is admittedly much prettier to look at, but the discerning consumer will dive right in to the cornucopia of information available at Seedfinder. Before you go a-nerding, arms akimbo, notice it’s most basic function: the Strain Lineage tree. In a perfect world, this would be the first tool in every budtender’s back pocket, but heck, folks, some of them don't get any tools. 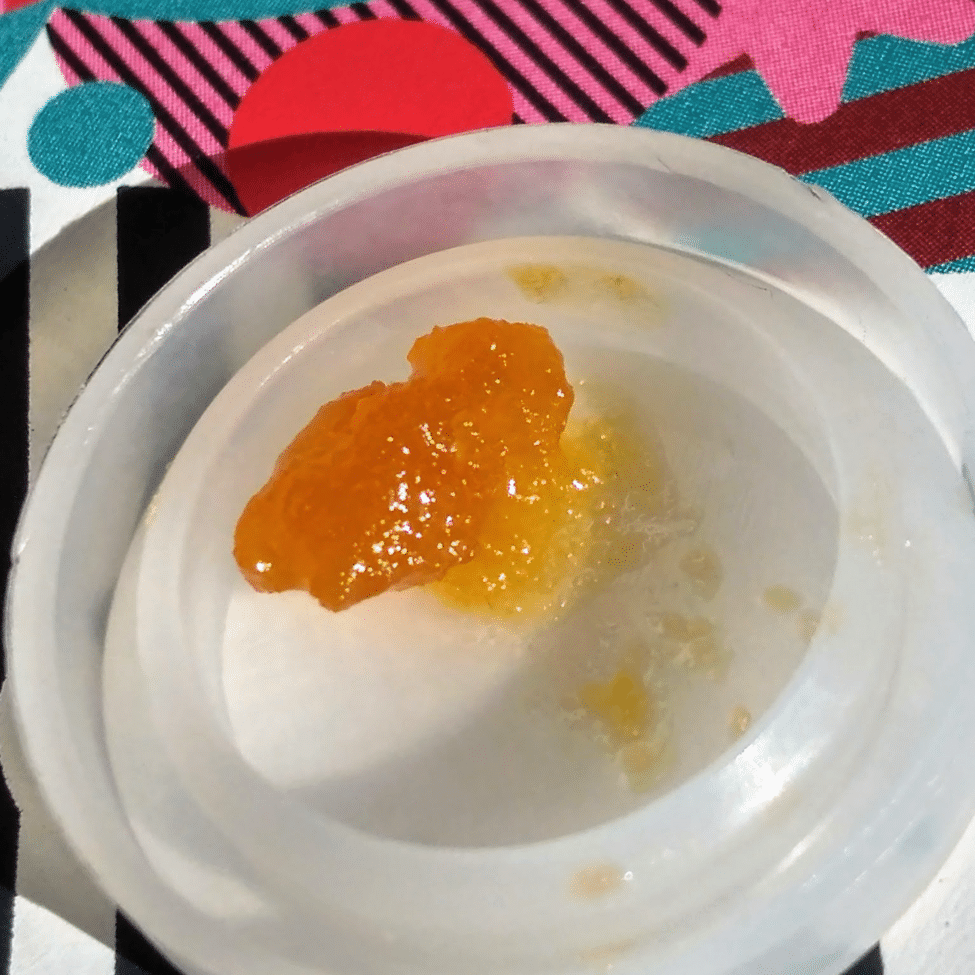 As the description at Seedfinder tells us, Vortex is the progeny of sought-after parent plants Space Queen and Apollo 13. Now, Space Queen is a regular treat, but Apollo 13 hasn’t activated my endocannabinoid receptors since I knew The Man from Hollywood. If anyone I've ever met was a government agent/alien undermining the Illumanti by selling NASA's top secret stash from Area 420 to the people...come to think, I never did find out what was in the briefcase. I think I’ve seen Apollo 13 on the menu of Uncle Ike's, too, but I’m not anxious to be sold a bag of what looks more like one of Buzz Aldrin’s aging lunar soil samples than something I want to smoke. Let me reiterate something very important. A lack of federal standards for the cannabis industry means that, as a consumer, you're on your own when it comes to verifying the authenticity of your purchases. While certain cultivars are easier to identify in flower form, concentrates are much more difficult. Virtually the only way to fully experience a particular strain is to break down a nug and roll it up! 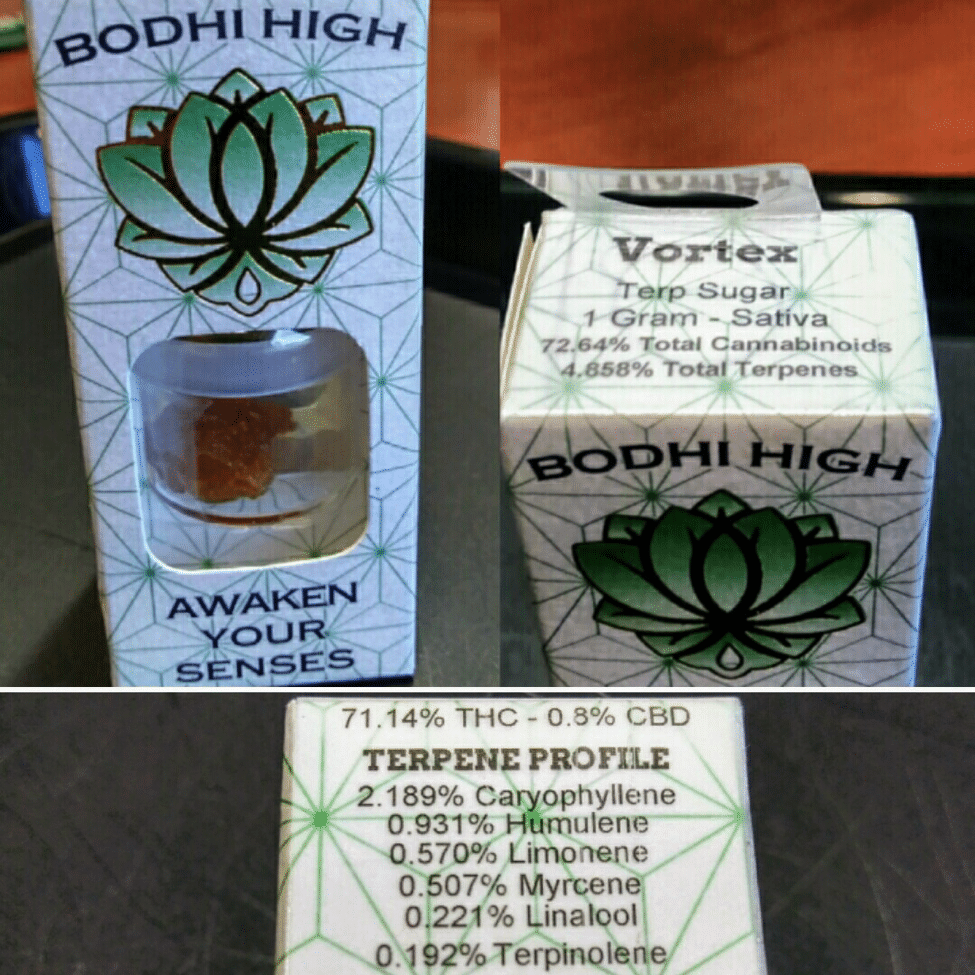 In our case, Bodhi High has given us a terpene profile to help identify the product. Compare that with the information available on Seedfinder and you'll have as much info as you possibly can for a  packaged concentrate in 2017, short of testing it yourself. Speaking of testing it yourself, their Vortex Terp Sugar is well worth the $40/g price. It’s got the aroma of peppered wood, and it’s spiciness flavors the thick clouds produced by my vaporizer. The effects are a high octane mix of cerebral and sensory stimulation that delivers both moments of inspiration and bouts of confusion. If you’re in downtown Seattle, I suggest you stop by Herban Legends and check out their selection- and grab that Bodhi High if you see it! You can thank me later.