Temescal Wellness lured the Gentleman out to Baltimore suburb Pikesville with a wide selection of concentrates offered at $50/half-gram, which is one of your most affordable options for the Maryland medical program thus far. They're vertically integrated throughout, meaning they grow their own flowers, perform their own extractions, and sell through their own dispensary. Most other shops, including other VIOs are $60+ per half gram, so checking out Temescal was a priority. VIO now stands for vertically-integrated operations, cuz it sounds like a Six Sigma kinda thing to say, and Six Sigma is the coolest way to say, uh, shit, I don't know what it says, actually, but it sounds like you got a black belt from the corporate version of the Navy SEALS doing hostile takeovers or dicing up companies for spare parts, like Richard Gere before falling in love with Julia Roberts somehow fixed whatever was broken inside him so he could make warships or whatever. Oh wow, is that what 'emotional labor' means? Am I woke now? Anyway, VIOs sounds smart, so it's a thing now. [caption id="attachment_8284" align="aligncenter" width="3306"] 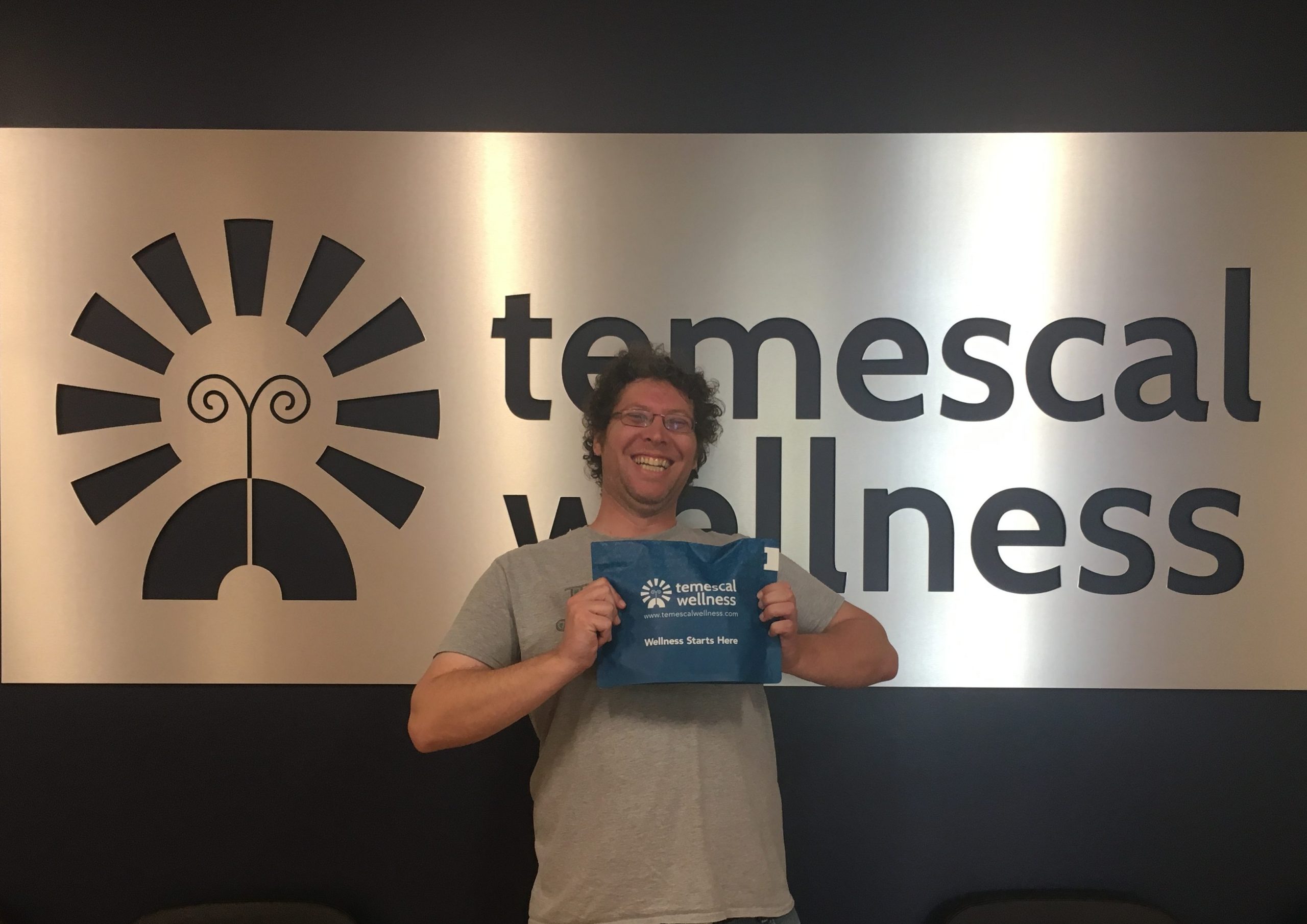 Proudly displaying my exit bag. Let the review begin![/caption] Temescal is easy enough to find off of Reisterstown Rd. A sign out on the road beckons you in to the parking lot of the one-story building painted this yellow-ish-beige that struck me for how inoffensively plain it was. If one wasn't specifically looking for the weed store, it'd be easy to drive on by. The lobby was comfortable, modestly decorated, and spacious, but it was the absolutely stunning hardcover menu books that got my attention. So fancy, Clarence, look! My budtenders were friendly and patient with my demands to sniff all the flower jars and let me tell you, I was seriously impressed. Nearly every flower in the place had the pleasant aromas I'm looking for and serious trichome coverage, to boot. Spoiled for choice, I picked up a gram each of Temescal's house Uncle Purple, Animal Cookies, and Blueberry Cereal flowers. The concentrate was not available for viewing or smelling prior to purchase, so I went with the Blueberry Cereal shatter, since I already thought highly of the flower, and some Wristband Sap to check out, too. The budtender mentioned that the Wristband was just Headband renamed, which seems odd, but there's like a billion variants along the lines of 707 Headband already so whatever, man. I just work here. 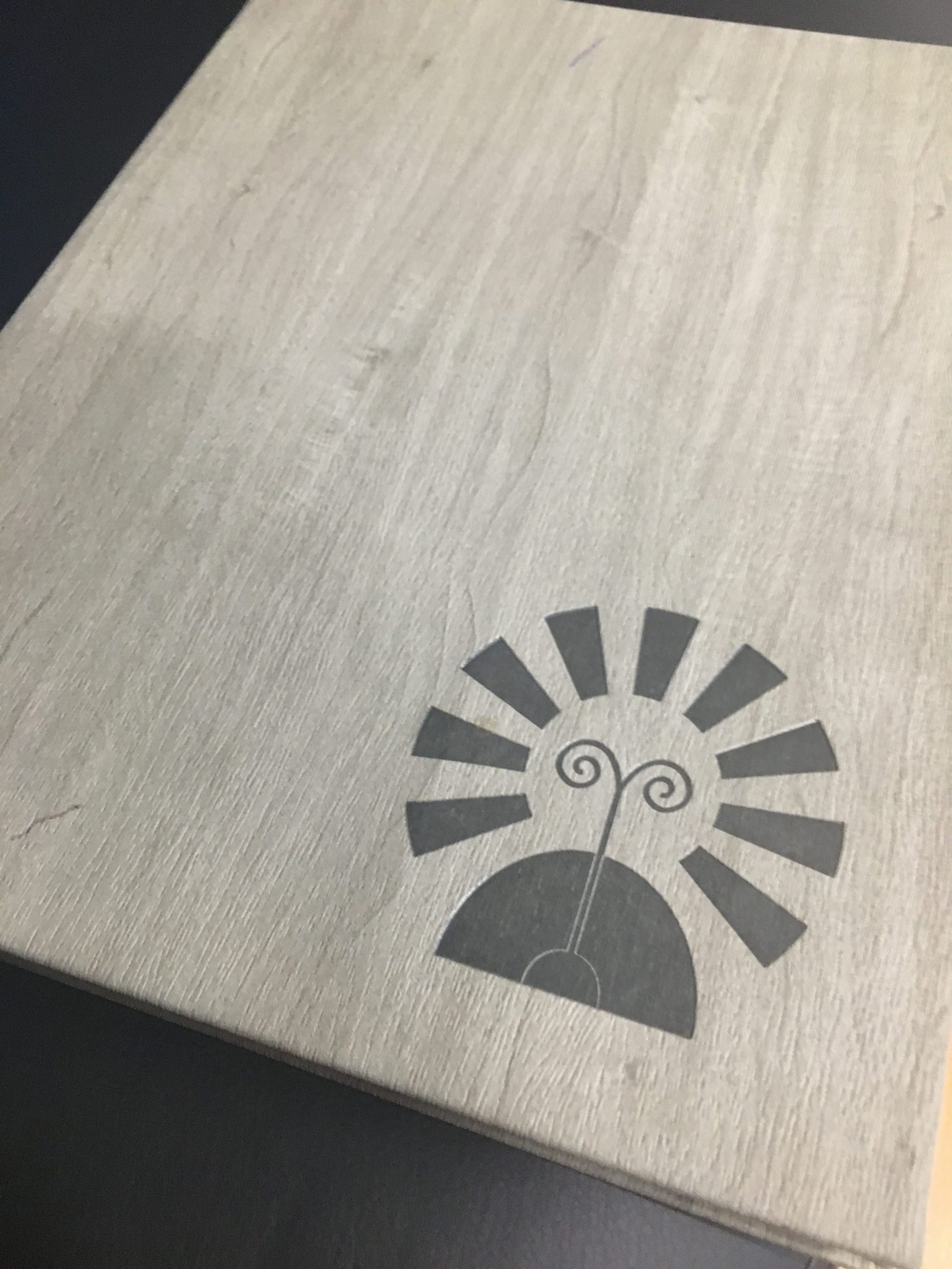 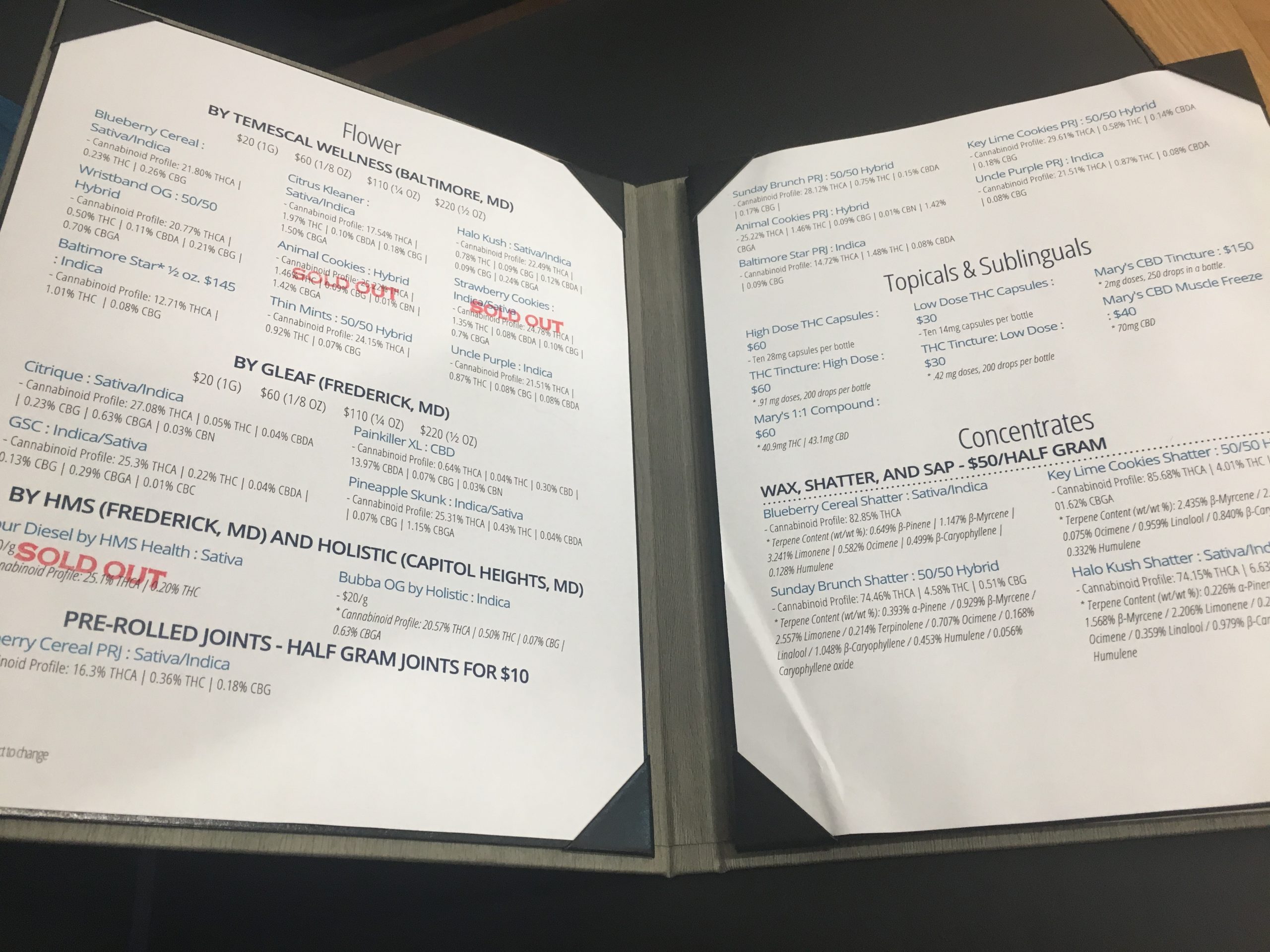 Anyway, the flowers were fantastic and I loved them all. We're writing about Blueberry Cereal cuz that's the one I got the concentrate for comparison. Temescal Wellness helpfully provides strain lineage info to patients- in this case, we're looking at Blueberry Kush x Super Skunk. The light fruit scent intermingles with a dominant, yet restrained sweetness that makes the name Cereal particularly apt, and intoxicating. The flower smokes smooth, with a hint of that sweetness. I was expecting a heavy, couch-lock indica similar to the classic Blueberry, but this hybrid is positively invigorating. Physically, I'm ready to get up and move around and my mind is quiet, though a bit restless, so it made for a fairly productive weekend. My ability to pontificate is locked away with my anxieties for the duration of Blueberry Cereal's effects, so this flower is much better suited to exercise or chores than something that requires heavy thinking, like how the hell we're gonna fix the factionalization of country before China plants a flag on that ass when we can't even agree on a common set of facts to discuss anything. Sorry, folks, I got nada so far, but rest assured, our brightest mind (mine) is on the case. Pass me the bong, wouldja? 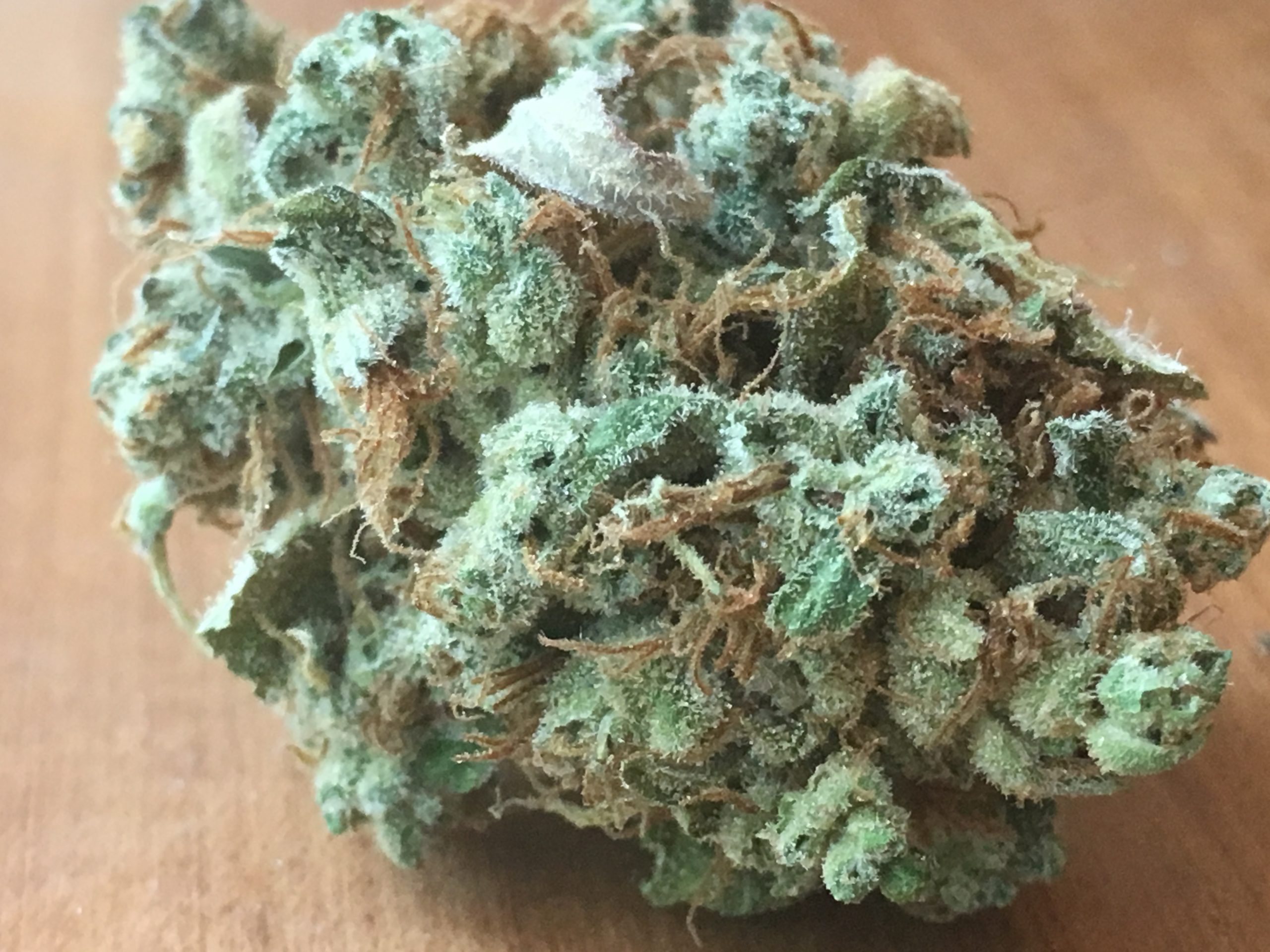 Further disappointment, I'm afraid, when we turn our attention to Temescal's concentrates. The Blueberry Cereal shatter was OK- it's a nice amber color with good clarity and perfect stability. I couldn't really smell it, but the scent profile on shatter tends is usually subdued (if it doesn't reek of butane, which Temescal's did not). The dab is a bit harsh, though, and worse on the Wristband Sap. This stuff is called Sap because it has terrible stability- I have to keep it in the freezer until I'm ready to take a dab, and I mean, ready. Turn your back for a  minute and it's warmed up and dripping off the tool, which sucks if you didn't have it under a mat. Sigh. The effects on the Blueberry Cereal Shatter were similar to the flower- less energetic, but not couch-locked by any means, along with powerful anxiety relief. I usually like to dab while I write, but I had to switch strains, cuz the Blueberry Cereal didn't have enough brain-juice for the job. 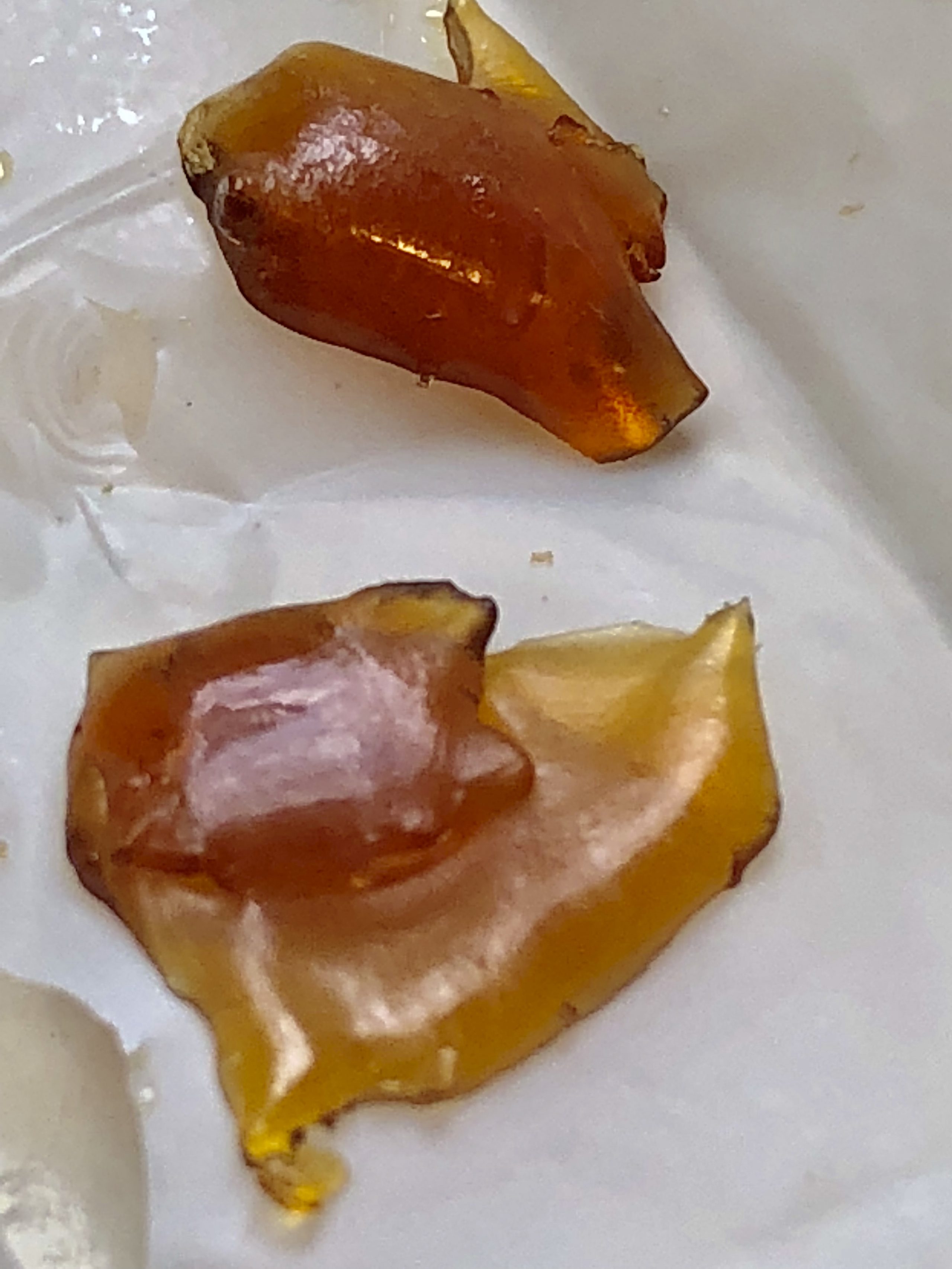 The Gentleman was disappointed in Temescal's concentrates- they're OK, but not up to par with what I've seen from Rythm, AFS, or even Liberty- so my enthusiasm at their price point of $50/half-gram is heavily tempered. Their flowers, on the other hand, are amazing, easily among the very best available. I'd go so far as to say they're worth you going far to get some (eh? Eh?) I'd love to see processing Temescal's processing improve to do their green beauties justice. And if you just can't get enough of this green beauty- who could blame you, baby- sign up for my newsletter!