I met AccuVape out in Vegas at the Marijuana BizCon a few weeks ago and couldn’t pass up the opportunity to check out the first buttonless adjustable voltage stylus-type battery, their V-Stick AV (cost via AccuVape’s site- $24.95. Nice!) On the surface, it looks like every other slim vape battery out there (with the exception of the round bottom), but closer inspection reveals a superior piece of tech that is all the more elegant for its simplicity. The best part about a vape battery is the adventuring, of course. After years of being quietly resigned to smoking skunky flowers at home lest some Nosy Ned alert the authorities, vape technology means you can stay medicated on-the-go, so I-a-went to the National Museum of Women in the Arts. I wanted to check out Magnetic Fields, a special exhibition of Abstract Art by Black Women Artists cuz I wanted to see the Black Tire Dragon-thingy from the adverts, of course. 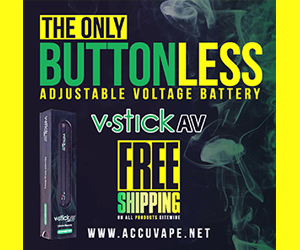 First, though, let’s talk about why AccuVape’s V-Stick AV is slicker than your average slim. It’s buttonless, which means that you’ll never engage the device in your pocket or purse by accident- you have to actually take a puff for the battery to come on. The voltage is adjustable so it can handle various viscosities of vape juice. The typical adjustable voltage battery utilizes a byzantine sequence of button presses, first to turn the piece on, then to change the voltage, but half the time I end up turning it back off again. AccuVape’s V-Stick AV is just a knob at the bottom that you turn to your preferred voltage. Sweet! And since it can be difficult to see your setting while it’s in use, a color light just above the knob reveals what voltage you’re currently using. You can get a full recharge in fifteen minutes via USB, but even if you only have five, you can get a couple hours out of it. Lastly, these slim stylus-type batteries don’t require a Lithium Ion power source, so you don’t have to worry about taking good care of it. That’s good news for me, cuz I’m rough with my stuff and do not want to give Karma an easy shot at exploding my face off. Make her hit a moving target, baby!

I took about a dozen puffs of this Jetty’s Extracts indica vape cartridge I picked up from Joint Delivery Co as I walked up to the Museum. It’s got nice potency but I was going to look at art for a while and wanted to be certain I was thoroughly medicated. I’ve never been in Women in the Arts before and it was ballroom-ritzy. The painted portraits of historical ladies were of no interest, but en route to the Magnetic Fields exhibition (running through January 21, btw), I did find a photographic series that caught my attention called ‘100 Little Deaths’ by Janaina Tschape. The six pieces NWMA had all featured a young brunette lying facedown. They looked like crime scene photos, but bloodless, as if their hearts had simply given out on the spot, her face obscured from view. I wanted to linger further, to decipher these visual riddles, but as the only young-ish guy walking around the joint, figured I’d give people the heebie-jeebies if I kept staring at the dead chicks. 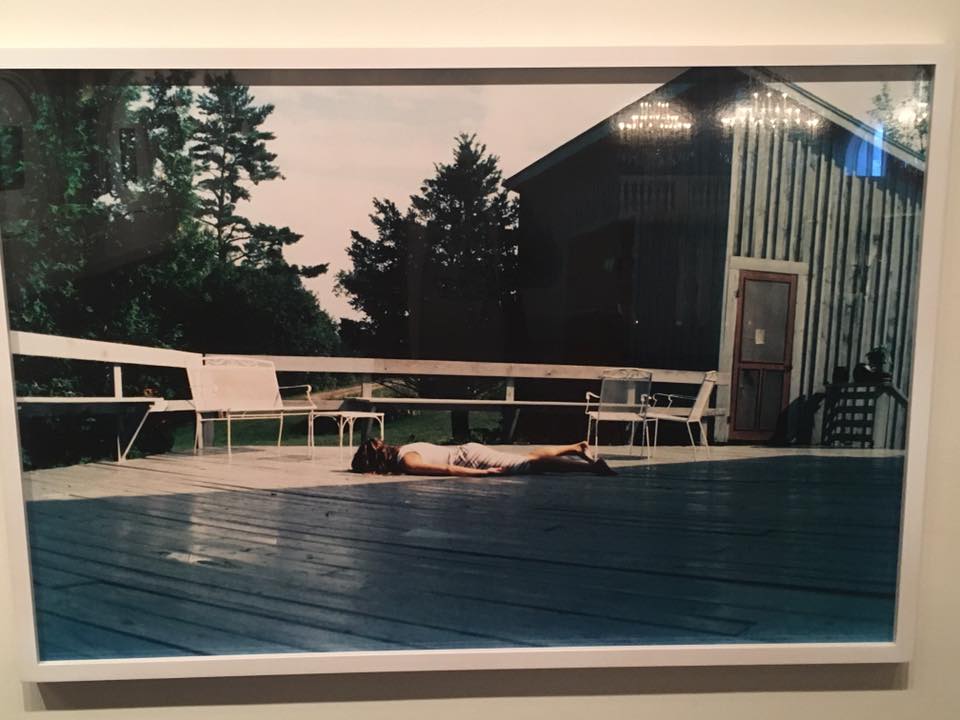 I can’t shake the feeling of violence in these images where technically, no violence exists.

So I made my way to the Black Tire Dragon, encountering many stunning pieces along the way, but none that drew me in like this sculpture. Raw and visceral, this midnight homunculus was astounding to behold in person. It speaks of violence and rage, and when I discussed it with another patron, she said some of her friends found it quite unsettling. Not me. I was besmitten with the terrible beauty of this monster, this contemplative beast, this guilt dredged from dark places, made material and weaponized. Perhaps I’m projecting a bit, cuz it’s called El Gato- “The Cat,” by Chakaia Booker. Whatever. I want it. No. I want it bigger. 150 feet tall, to ride through town, leaving swathes of destruction and terror in our wake, ripping the corruption out of this city by its very foundations, ha, haha, hahahahahaMWAHAHAHAHAHAHAHAHAHA! 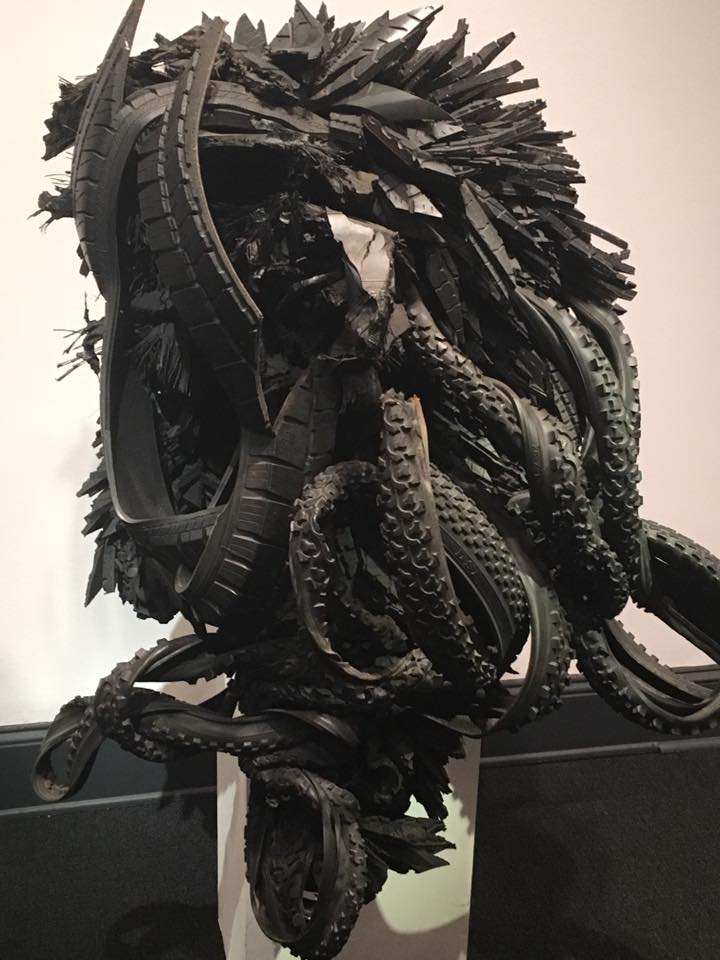 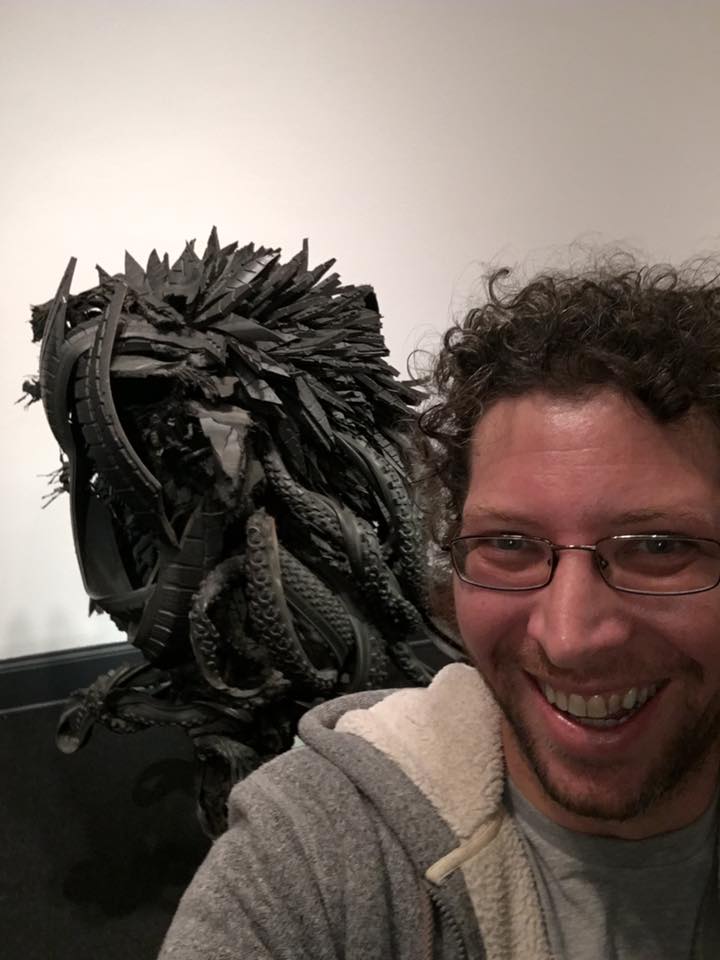 I’m gonna need an alibi if anything happens to this thing.

Fine. I’m fine. Got a little excited there. They had a bunch of stuff there besides El Gato that were also very cool, check out the rest of my photos below! If you want to have your own carefree vape adventures, check out AccuVape’s site to get your own V-Stick AV– and bulk pricing is available if you’re one of the many I-71 gifting brands that read my site and want to make your vape cartridge giftees extra happy with an excellent, affordable battery this holiday season. And don’t forget to Subscribe to my Newsletter for extra pictures of Cat Monsters and stuff! 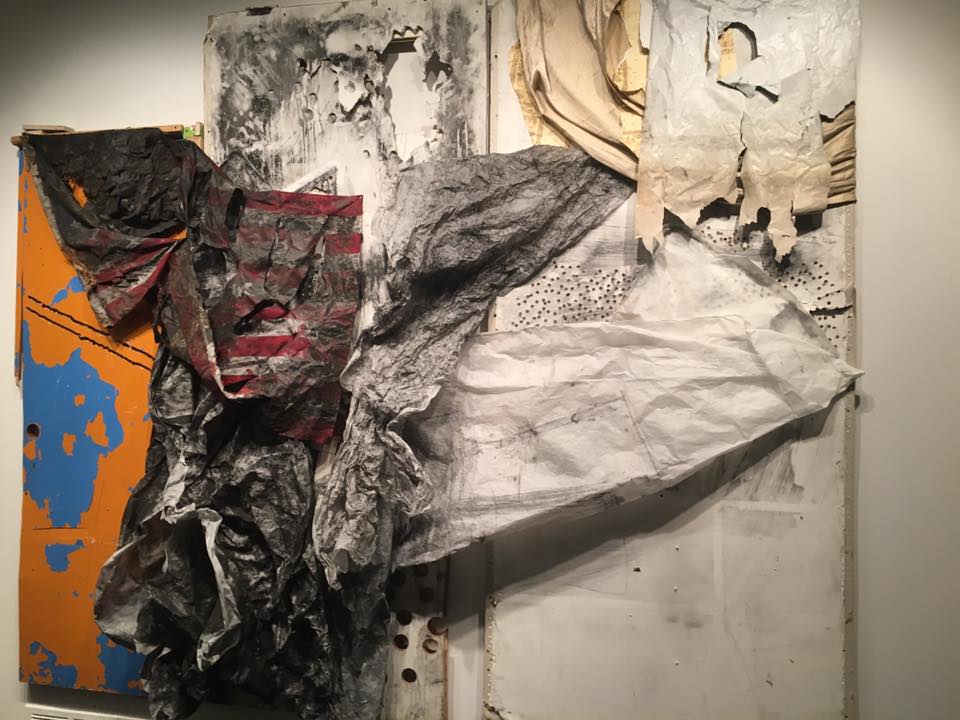 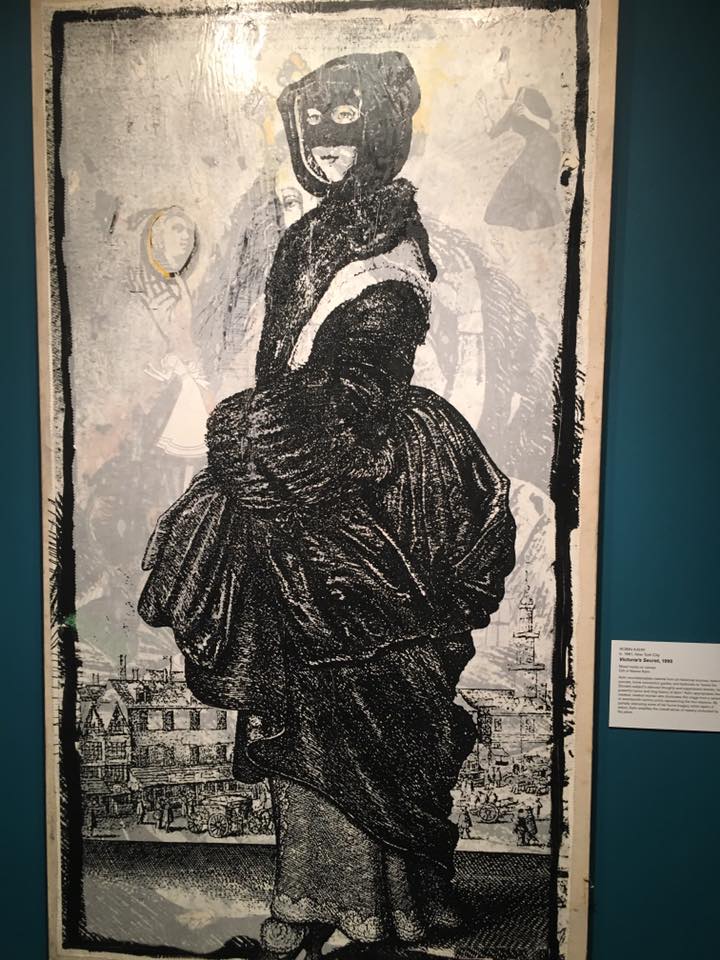 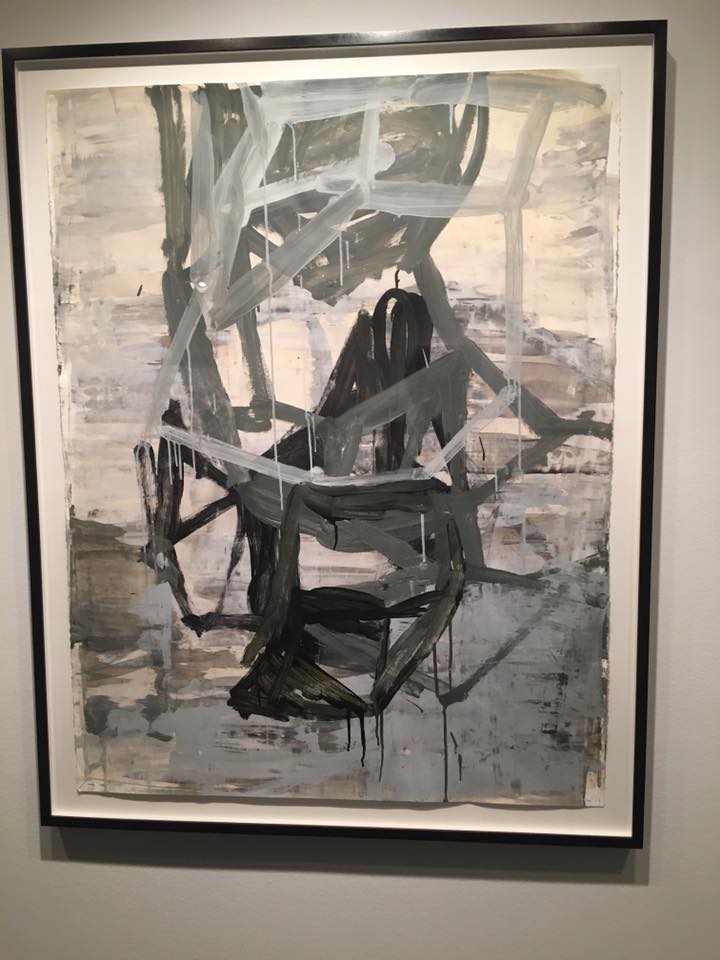 Winter into Spring 4 by Deborah Dancy 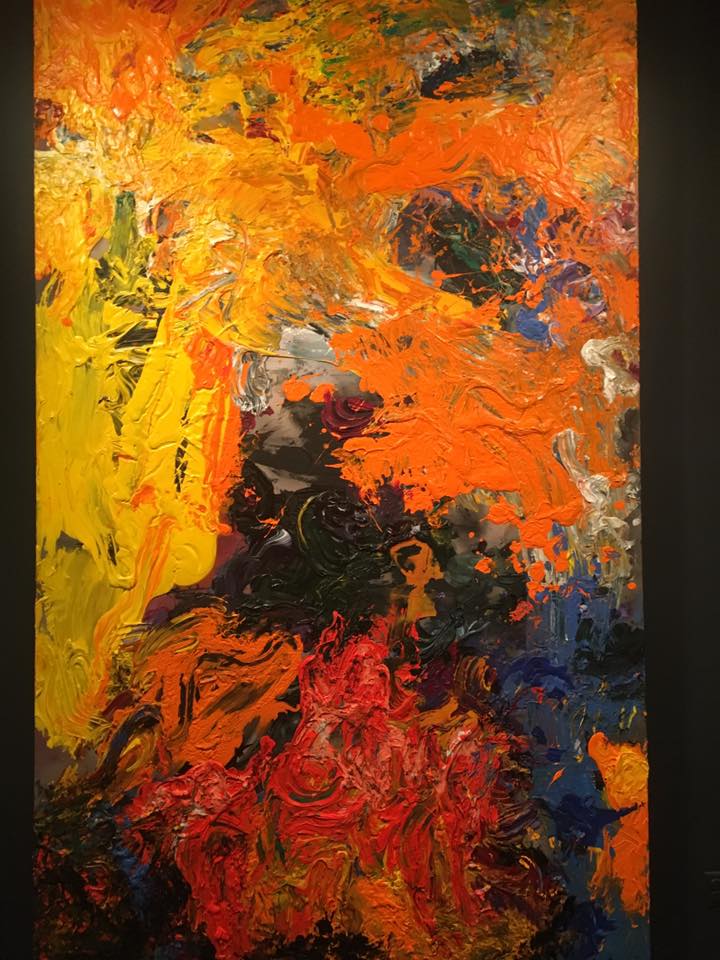 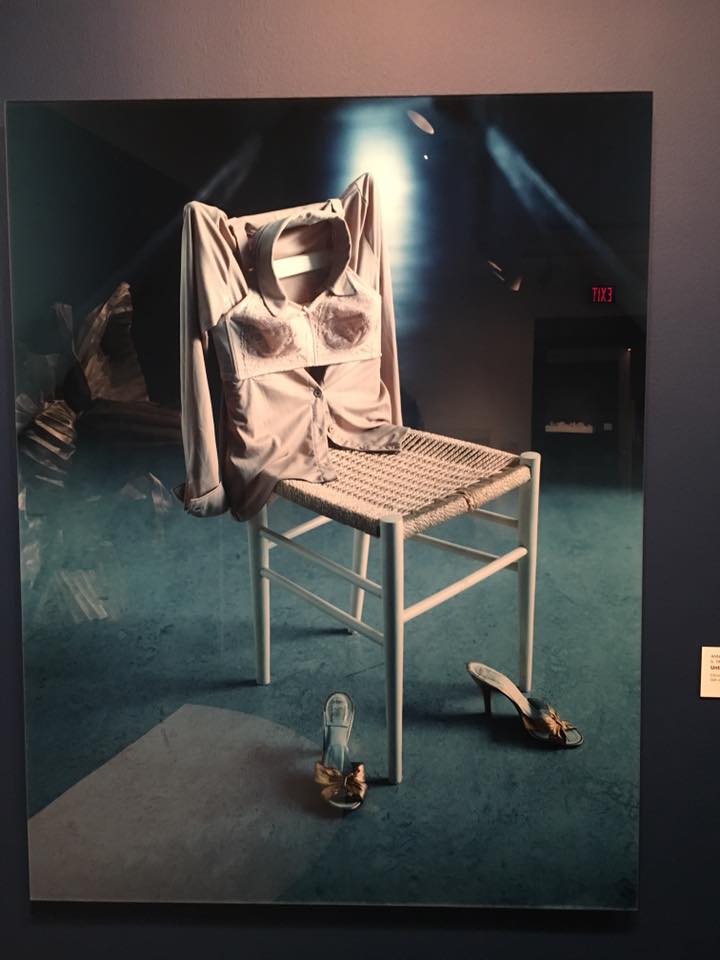 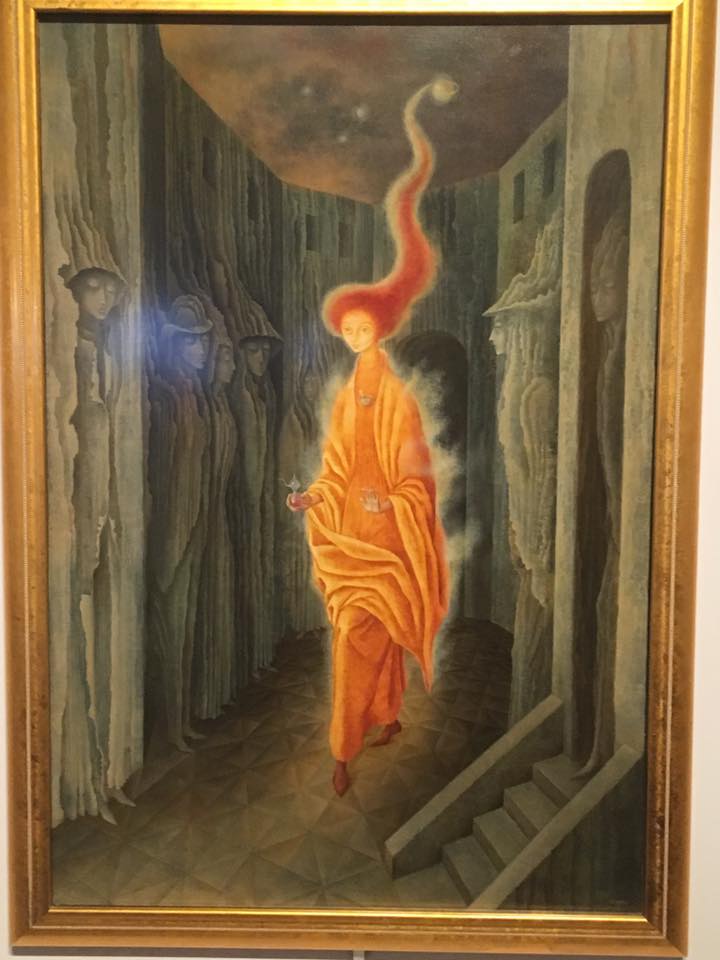