501st OG (Hush DC)  The Gentleman is a Marvel guy. Never really been into DCU other than Batman, but who doesn't like Gotham's Dark Knight? There's a popular theory that part of the appeal is that, behind the mask, fancy gadgets, and nipple suit, Batman is human. You could be Batman, is the idea, but you can't, really, cuz he's a genius inventor, hacker, detective, Fortune 500 CEO and a ninja. Do you have any idea how long Ninja School is? I asked and it's forever, like, at least seven seasons before they even let you do any real missions. But you could be Spider-Man. No, you can't have super-powers, no matter how many dark-web Russian plutonium chips you sprinkle around your tarantula's cage (don't ask), but Peter Parker taught us how to be everyday heroes. "With great power comes great responsibility" translates all the way down the line, as timely and resonant a message now as it was sixty years ago. Or "to protect a world that fears and hates us," the vision of Charles Xavier. That's Stan Lee's legacy. He burned these maxims into our hearts and inspired us to be better people. Now we let our kids watch nonsensical algorithm-driven YouTube mash-ups and wait for the inevitable descent of the next generation into full-on cannibalism. Sigh. Excelsior, Stan. You'll be missed. Ok, we can start this week's review now. [caption id="attachment_12994" align="alignnone" width="4032"] 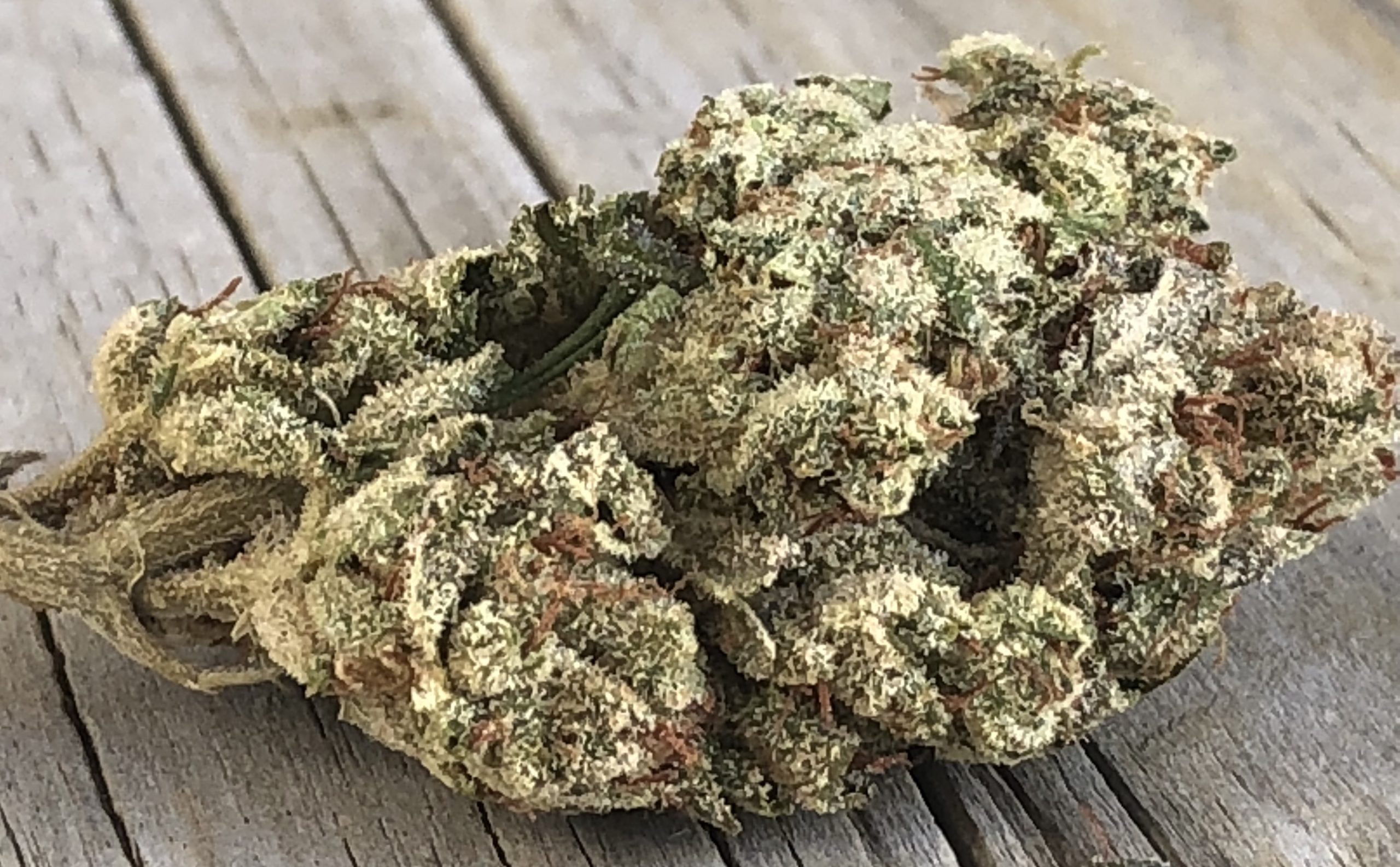 Hush DC's 501st OG: 202-600-9461[/caption] Today we'll take a look at the latest delivery option to hit the I71 gifting scene, Hush DC. The Gentleman received a batch of freshly-cured 501st OG flowers to sample. 501st OG hails from renowned cannabis breeders Rare Dankness, a cross between Skywalker OG and their Rare Dankness #1. FYI, 501 is an area code in Little Rock. Make of that what you will, but more germane to the discussion is the generous coat of trichomes exhibited in Hush DC's grow, along with an absolutely phenomenal nose, like Grape Kool-Aid cut with gasoline, and quite a smooth, tasty smoke besides. The light green buds are tight, compact, with a few brown hairs jutting out. A bit dry, but overall impressive and eminently smokable. I hit the ground running after burning a morning jay of Hush DC's 501st, catching up on phone calls, getting ahead on scheduling, clearing major and minor to-do items that have cropped up over the last few days. My brain won't let me rest and chase electronic horses when I got stuff to do, so its nice when I've got plenty of energy to tear through the list instead of dragging my butt across it, plus sufficient anxiety relief to promote focus. Socially, it's decent. I could concentrate on what the other person was saying, which is good, and my sunny disposition allowed me use of my charm and charisma (I've been practicing), but a little slow on the uptake, and I may have rambled once or twice. Too much energy for sleeping, and probably best with a cup of coffee during the daytime, I thought Hush DC's 501st OG was a fantastic hybrid. We can definitely make some space in the medicine cabinet for these flowers. [caption id="attachment_12995" align="alignnone" width="3736"]

Hush DC Dream Queen[/caption] Hush DC's Dream Queen flowers were even prettier, blazing with vibrant orange hairs like autumn trees. Dream Queen's aroma was duller than our first entry, but she's still a smooth, easy smoke, and a more relaxing strain than the 501st, if you're simply looking to unwind and shoot some O'Driscoll boys. The Gentleman can certainly recommend you try out the gifts from our discreet friends at Hush DC for yourself. Call 202-600-9461 to arrange your appointment today!